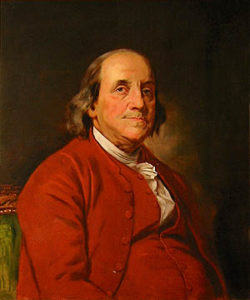 “Freedom of speech is a principal pillar of a free government: When this support is taken away, the constitution of a free society is dissolved, and tyranny is erected on its ruins. Republics and limited monarchies derive their strength and vigor from a popular examination into the action of the magistrates.”

Benjamin Franklin, an author who was heavily involved in news writing, understood the importance of a free press, calling a “pillar of a free government.” His statement that governments get their strength from a popular study into the actions of their ruler is spot on.

Being that the people of the US hold a similar view to Franklin in regards to the press, it may be a little more unclear as to how Franklin’s quote plays into the current day election cycle. Take for instance the relationship between whistle-blower publication Wikileaks and Hillary Clinton. Clinton and her staff have made no attempt to hide their frustration with Wikileaks, as the site has released many damaging documents on the candidate. There is a serious fear that should Clinton become President, an attempt to shutdown a whistle-blower publication could take place. Even Trump has threatened to open libel laws to make it easier to sue and threaten press publications inside the US, which would set a dangerous precedent if it were to ever be enacted and upheld.