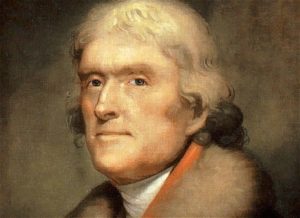 “During the course of administration, and in order to disturb it, the artillery of the press has been leveled against us, charged with whatsoever its licentiousness could devise or dare. These abuses of an institution so important to freedom and science are deeply to be regretted, inasmuch as they tend to lessen its usefulness and to sap its safety.”

Jefferson, our third President and one of the most brilliant minds involved in founding of the United States, understood the importance of having a free press, so much so that during his second inaugural address in 1805, he spoke about how the press can be manipulated and weaponized. This is not unlike the mainstream media in 2016, which often acts as the purveyor of relevant information only privy to one side of the political aisle. Highlight just the political debates, where it has become increasingly difficult to find a neutral moderator as most who are offered the position have donated or volunteered for a Democratic politician.