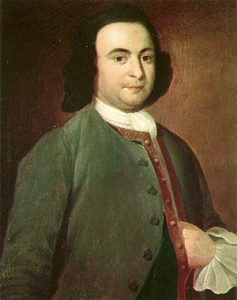 “I ask, Sir, what is the militia? It is the whole people. To disarm the people is the best and most effectual way to enslave them.”

George Mason, co-author of the 2nd amendment, during the state of Virginia’s Convention to ratify the Constitution in 1788, argued that the writing in the 2nd amendment, speaking to a “well regulated militia,” inherently meant the citizenry of the country, therefore intending that they retain the unalienable right to “bear arms.” A right which according to the Constitution, “shall not be infringed.”

Mason’s argument is increasingly important in 2016 as both major party candidates have argued to limit the 2nd amendment in some fashion. Trump, with his support “No Fly, No Buy,” where any citizen who is placed on the “No Fly” list, which is arbitrary, involves no due process, and is terribly difficult to be removed from, cannot purchase a firearm. Then Clinton, who has argued for more strict gun control laws to prevent access to firearms law-abiding citizens.