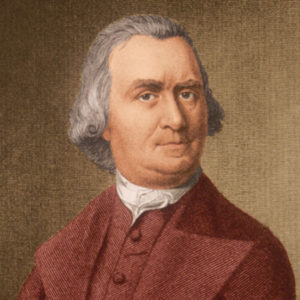 “No people will tamely surrender their Liberties, nor can any be easily subdued, when knowledge is diffused and Virtue is preserved. On the Contrary, when People are universally ignorant, and debauched in their Manners, they will sink under their own weight without the Aid of foreign Invaders.”

Samuel Adams knew back in 1775, one year prior to America’s independence, how dangerous ignorance was to the survival of liberty within his new nation. Unfortunately, it is 2016, and the people of this nation haven’t heeded his warning as they should have.

In a world hyper focused on self-agrandization, the people of the US have lost sight of the importance of intellect, philosophy, virtue and compassion. Reality television and selfies have overtaken reading and debate. It explains excellently why the major party candidates for president, and their scandals have played out as they have. A faction of the public is infatuated with Trump. He is a mimic of reality television, full of personal (ad hominem) drama and unfiltered speech. He is cheered for his boastful and brash persona. It also explains why stories of his treatment of women seem to attract more attention than his opponent Clinton’s near-criminal happenings. The citizens do not want political or judicial drama that they have to think critically about; they want to feel the personal drama as it hits the proverbial fan.