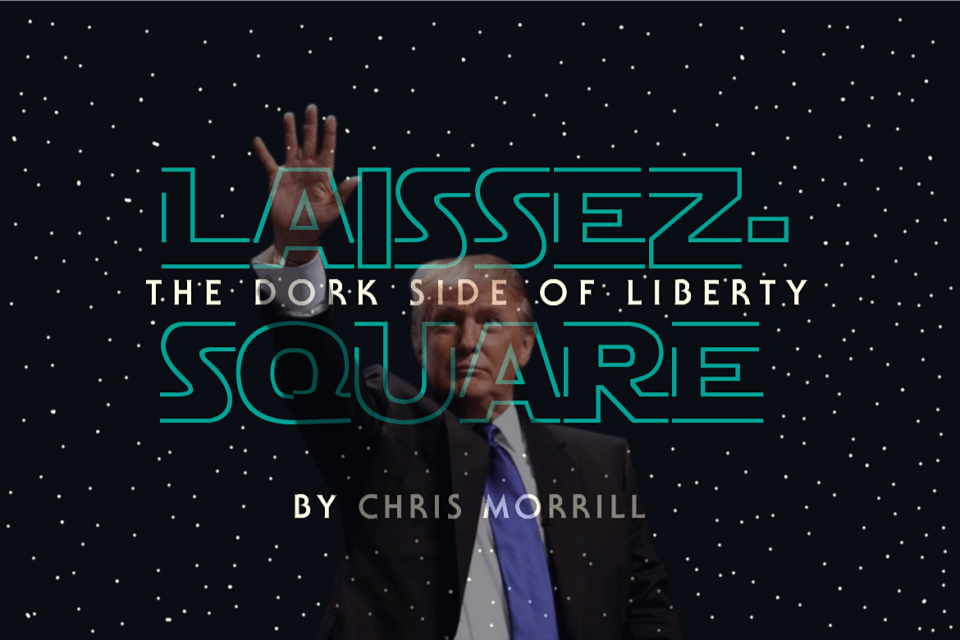 This is part two of a two-part series serving as a post-mortem on the presidency of Donald Trump. Thank you for coming back for more punishment. Last week’s piece is here.

This is divided into three sections: the good, the bad, and the ugly. Last week, we talked about the good of the Trump presidency and part of the bad. This week we’ll get into the rest of the bad and all of the ugly.

Unfortunately, there is a lot left of both the bad and the ugly.

President Trump’s cabinet (and stable of senior advisers) resembled a game of musical chairs almost from day one. A staggering 92% of his high level staff didn’t make it from Inauguration Day 2017 to Inauguration Day 2021. Fourteen cabinet members were fired or quit during that time as well—three coming after the 2020 election.

The pattern became familiar after a while:

Hire or appoint someone.

Talk about how this person is the best and brightest.

Clash with that person.

Then fire that person (or force them out) while claiming they were now the worst person ever. Or they were never in a high position to begin with. Or the president barely knew them. This also usually involved the use of the words “like a dog“, which Mr. Trump was very fond of for some reason.

He relied far too much on his family (in-laws included.) No one’s place in his inner circle was safe unless their last name was “Trump” or “Kushner.”

The only non-family members who were usually safe from this were Attorney General Barr and Vice President Pence, and Trump still managed to turn against even them in the final dark days of his presidency. At the very end, much of his Cabinet and staff had “Acting” in their job title, creating a murky legal situation for any possible invocation of the 25th Amendment.

The outgoing president coddled and praised dictators and strongmen and sought to emulate some of their styles. He played footsie with white supremacists and other far right fringe groups. He spread conspiracy theories and encouraged his supporters to do the same.

The final and most damaging conspiracy theory was that the 2020 election was rigged against him—an allegation he kept hammering away at right up until January 6. And we all know what happened on that day.

President Trump was not only the first president to be impeached twice, but he managed to do it twice in one calendar year. That’s a record that is unlikely to be broken.

As I noted in a previous piece, I wouldn’t mind seeing Congress impeach and remove a president every now and then just to keep the executive branch at heel. They failed to removed Andrew Johnson, Bill Clinton, and Donald Trump, and their influence will diminish as a result.

The first impeachment was centered around Trump’s pressuring of Ukraine to dig up dirt on Joe Biden (his eventual 2020 opponent) and obstruction of Congress. The impeachment and the subsequent trial were largely a party-line affair with the notable exception of Mitt Romney. After acquittal, the president promptly fired two of the main witnesses against him and one of the witness’s twin brother, just for good measure.

The COVID-19 pandemic was another huge black eye for this president. I am on the record as stating that there’s not much any free country can do to stop the spread of something like this. What President Trump was guilty of, however, was lying to the American people about the dangers of the virus and also how quickly it would just magically go away. In perhaps the most Trumpy of all Trump quotes, on March 13, 2020, he said regarding problems with coronavirus testing in the United States: “I don’t take responsibility at all.”  Well, all righty, then. Even the infamous Tulsa super spreader rally of June 2020, which likely led to the death of Herman Cain, didn’t change this administration’s tune.

So naturally he, his family, and most of his inner circle would end up getting infected. That didn’t stop him from downplaying the danger of the bug or continuing to poo-poo the importance of face masks. And as it turns out, at the end, the Trump administration’s COVID-19 plan was much like its health care plan: non-existent. Color me shocked.

This president saved the best (actually, worst) for last, however. After losing the 2020 election by 74 electoral votes and about seven million popular votes, he refused to concede and alleged that the election was rigged every chance he got. (Nobody saw that coming, right? It’s not like he claimed election fraud in 2016 even when he won. Oh, wait.)

Specific to 2020, many lawsuits were filed but none went anywhere. The president attempted to strong arm the Georgia Secretary of State into changing that state’s vote total in his favor. When that didn’t work, El Presidente kept yammering on about voter fraud even after the Electoral College voted.

And as Congress met on January 6 to certify that electoral vote, he pressed his Vice President, in his capacity as President of the Senate, to reject the electoral votes of certain states—a power which the Vice President doesn’t have (and never has.) When Mike Pence refused to go along with this, under the bus Pence finally went, just like all the others.

Trump gave a real stemwinder of a speech at The Ellipse, breaking down in great detail all of his beefs about the election. Egged on by Rudy Giuliani and smarmy ladder-climbing, mega-ass kisser Sen. Josh Hawley (among others), the mob was whipped up into a frenzy and proceeded to march down and storm the Capitol Building. In broad daylight. During a joint session of Congress. With the Vice President present (and apparently a target of the rioters.)

The president retreated to the White House and watched it all on television. He tweeted urging the rioters to go home, but also stated “We love you. You’re very special.” He then released a short video, stating (among other things): “These are the things and events that happen when a sacred landslide election victory is so unceremoniously & viciously stripped away from great patriots who have been badly & unfairly treated for so long.”

In other words: the Capitol had this coming.

Having finally seen quite enough, Twitter suspended his account, briefly reinstated it, then permanently banned him. Congress met later that night and certified Joe Biden’s victory. Calls grew for the Vice President and Cabinet to invoke the 25th Amendment.

When the 25th Amendment was found to be a non-starter, Congress impeached the president for a second time on January 13, this time with some bipartisan support. How the hell that’s even supposed to work with Trump now out of office is anyone’s guess; the aim seems to be to bar him from running for federal office again. And in the Senate, no less than Cocaine Mitch himself has apparently come out in favor of conviction, stating on January 19 that Trump had “provoked” the rioters and that they were “fed lies.” However, even though senators don’t need to worry about mean Trump tweets anymore, a conviction in the upcoming impeachment trial seems highly unlikely.

President Trump then apparently accepted his loss while never technically conceding. Then, showing his ass one last time, he became the first president since 1869 to skip his successor’s inauguration. He flew off to Florida on the morning of January 20, hopefully allowing for a good thorough fumigation of the Oval Office.

If you ever wondered what it would be like to have Archie Bunker as president, you just lived through it. But at least Archie Bunker had a good heart buried beneath all that gruffness. Trump, I’m not so sure. I already had Trump on my short list of worst presidents before all this went down. Now I feel even better about that.

When it comes to trading Trump for Biden, I fear that we are simply trading one set of mental illnesses for another less malignant set. The big words here, though, are less malignant, and that cannot be overstated. Whatever Biden is, I’ve never considered him a sociopath or a narcissist. At heart, he appears to be a decent man who, while sometimes buffoonish, gets along with people fairly well. That’s probably why his most powerful Democratic rivals dropped out and endorsed him in the 2020 primaries—because they saw him as the least offensive alternative to the madness of President Trump. They were right.

Whatever comes next with Biden will at least be bad within the normal parameters of bad. Trump’s badness cannot be measured with conventional instrumentation. I’ll risk taking a few licks on policy in exchange for knowing our president isn’t a total piece of shit and a garbage-tier human being.

The me of 2010 wouldn’t have believed that I’d see Hillary Clinton or Joe Biden as the lesser of two evils in some upcoming elections. My reaction would have been: “If Hillary or Joe is the solution, how fucked up is the problem?” Well, now you know.

As Van Jones said on CNN the morning of November 7, when the major networks finally called the election for Biden:

So in summary— So long, and thanks for all the judges. Don’t let the back door hit you where the dog should’ve bit you. 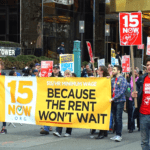 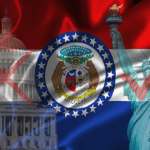