Some critics of libertarianism have used the COVID-19 crisis as a “gotcha” or a “checkmate” to discredit the movement.  The logic, as I understand it, is that this situation absolutely requires a strong government response, and libertarians would be unable or unwilling to provide such.

News flash:  our various levels of government aren’t libertarian, many are responding, and it’s still not working.  Maybe it really would have been easier to just cut out the middle man and do nothing.

Should federal, state, county, or municipal governments infringe on the rights of their citizens to save them from a virus?  No.

Will the American people and businesses take the virus seriously, step up, and self-govern their way around it?  Also no.

America was always destined to be first place in any pandemic competition.  We go big or we go home.  We have that “can do” spirit.  We are Ameri-cans, not Ameri-cant’s.  To quote Team America: World Police: “America, Fuck Yeah!”

If you think the U.S. versus the worldwide numbers are striking, it’s because they are.  While the United States has only about 4% of the world’s population, we account for about 23% of the planet’s COVID-19 cases.  We’re number one, baby!

(India is far behind us in second place for the most cases, lagging by over two million.  What gives?  They’re packed in a lot closer to each other than we are.  And the Indian people, in my experience, are not prone to slacking.  Get with it, India!)

Here’s my take on why COVID-19 was always destined to be a shit show here:

Freedom of movement is part of our nation’s soul

It sometimes bears remembering that our nation was founded as a loose confederation of otherwise independent states.  (That’s why they’re called “states”, not “provinces.”)  Even if the states are far from independent under our current setup, some vestiges of this still remain.  Perhaps chief among them is the Federal reluctance to restrict interstate commerce or interstate travel.

While the U.S. Constitution does contain the much ballyhooed Commerce Clause, which has been the source of some judicial chicanery over the centuries, the Federal government is by and large reluctant to flex its muscle when it comes to restricting actual commerce and actual travel.

A thousand years ago in college, our Cultural Anthropology (whatever that is) professor made us all pair up one-on-one with international students to socialize and compare notes.  I was hooked up with a polite young Chinese kid.  We only hung out once.  (We were supposed to hang out several times; I wrote completely fictionalized accounts of the remainder of our meetings.)  But in our one legitimate confab, I do remember him being completely amazed that an American could just pick up and drive from coast to coast without any sort of passport, permit, or even a plan.

Also, we are a people that consume things.  So, SO many things.  (We also make things, though not as many things as we used to.)  In order to satisfy our desire to consume, we have to move many things from Point A to Point B.  (Point B is often “our mouths.”)  This need to move things across state lines doesn’t stop during a war. Or a pandemic.

America is not a unitary state.  We do not have an iron-fisted national government (compared to many other countries anyway.)  We should be thankful.  The sweet chaos that ensues makes us who we are.

There are other things the Feds could do besides limiting travel, such as try for a nationwide mask mandate.  Former Vice President Biden actually floated that idea, but then wisely abandoned it.

So the Federal government can’t do much.  What about the states, you ask?

Libertarian types are sometimes quick to tout states’ rights, when in reality, sometimes the states are just as bad (if not worse) when it comes to treading on us.  One need look no further than the reaction of the various states to the COVID-19 crisis.  Libertarian Party members often contend that you can’t tell the difference between the Democrats and the Republicans much of the time.  One area in which the donkeys and the elephants have been very different, however, is how they have approached this situation at the state, county, and municipal level.

Many red states (including Missouri) have taken a mostly laissez-faire approach to L’affaire Corona.  Several blue states, on the other hand, have taken aggressive actions regarding mask mandates, social distancing, business shutdowns, and so forth.  Yet the blue states have had the most deaths.

Red states unfortunate enough to have blue governors have also experienced some heavy-handed responses; think Kentucky and Louisiana.  Kentucky’s Gov. Andy Beshear, whose mannerisms bear a striking resemblance to those of Kenneth Parcell from 30 Rock, is on my television all the time preening and primping.  (I live fairly close to the Bluegrass State.)  I do my best to change the channel immediately.

(Gov. Beshear was just very recently elected largely on the strength of his support from…teachers unions, who had an ongoing feud with his GOP predecessor.  Thanks so much, teachers unions, for all that you do!)

Some states (again, mostly blue) have even attempted to impose quarantines on visitors from other states during this time.  These orders are largely toothless.  Enforcement is spotty, if applied at all.  We are on an honor system, and well, Americans love to cheat.

With porous (or really non-existent) state “borders”, our nation is only as strong in a pandemic as its weakest link.  And we have many weak links.  If one state is infected, we’re all going to be infected, and as Americans we really wouldn’t have it any other way.

‘Muricans love our cars.  And we love to drive them.  We also love to travel by plane, train, or boat.  We don’t sit still.  Even a homebody like me likes to hit the road, even if it’s not often ambitious trips we’re talking about.  We get stir crazy easily.  A little highly contagious disease ain’t gonna stop that.

We also love to party.  Sometimes we travel just so we can party; apparently there’s nothing quite like the feeling of being drunk someplace besides home.  We’re also the kind of people who go outside during a tornado warning, beer in hand, to try and get a glimpse of the twister.  To extend the middle finger to government while doing a keg stand in the face of death is the American way.  If we also want to lick doorknobs while we’re at it—well, it’s our Constitutional right.

The nation’s motto should be changed from e pluribus unum to hold my beer and watch this!  We have places to go and people to do.  Pool parties, motorcycle rallies, and crowded beaches are siren songs calling us to our doom.  (Not to mention protests and riots.)

One of the best ways to get an American to do something is to tell him or her that they can’t.  Think:  The American Revolution.  Or, the South.  We are notoriously defiant and ornery, particularly south of the Mason-Dixon Line.

The various authorities haven’t acquitted themselves well in the current clusterfuck.  The economy was probably going to tank when the initial panic set in, with or without government intervention.  Think mid-March, around the time of the Great Shit Ticket Crisis of 2020.  But then governments started making it worse by picking winners and losers.  Certain businesses were hobbled while others went untouched.  Certain gatherings were banned while others were overlooked or even encouraged.  Masks were considered unnecessary right up until they weren’t.  “Fifteen days to flatten the curve” turned into months and months of confusion.

The American people are right to be angry.  Our contempt for authority has been proven to be well earned.

Conspiracy theories have been a part of this pandemic since day one.  A sizable number of people think:

a. The virus doesn’t exist at all

b.  If it does exist, it was was intentionally released by a Chinese lab

c.  It is no worse than the regular flu

d.  Even if it is worse than the flu, its effects are being greatly exaggerated for political benefit

e.  All sorts of other stuff

El Presidente himself has fueled some of these flames.  There is a fairly stark blue/red divide at play here, proving that Americans can make literally anything political.  It’s no wonder we can’t agree on policy when many of us think nothing is wrong to begin with.

Many Republicans think the whole thing is much ado about nothing.  Many Democrats think it’s the end of the world and a reason to flex their governmental muscle.  Libertarians think it’s a mild inconvenience that the nudie bars are closed, certain types of ammo are hard to come by, and normies are buying up our doomsday bunker supplies.

There is considerable debate over the actual COVID-19 death rate.  If one chooses to take the CDC’s numbers at face value, which I will do for the sake of this piece, it’s about 3%.  Which makes Americans yawn.  To quote the coked out Matthew McConaughey character from The Wolf of Wall Street: “Gotta pump those numbers up. Those are rookie numbers in this racket!”  We are a brave bunch, if a bit reckless and foolhardy.

To get our attention, you really need something more like Captain Trips, with a 99.4% fatality rate.   Even then, we’re going to get pissed off if we can’t get our hair done or go to the movies.  And maybe do a beer bong.

Speaking of Captain Trips:  most Americans at this point would rather see Randall Flagg walking down their town’s main street as opposed to Andrew Cuomo or Gretchen Whitmer.  At least with Flagg, you get a free trip to Vegas.

I tend to take the middle position on the pandemic.  I think it’s real and I will take common sense precautions to try and protect my family.  I also believe it is being way overblown by a lot of people and is being used as a reason to grow government power.

The pandemic has brought us some good things.  The toilet paper shortage has sparked a boom in bidet sales.  (The bidet is the best French invention since the metric system.  Which we also don’t use…so never mind.)  A lot more things that can be done online are being done online, which is green as hell.  More attention is being paid to home schooling.  Workplaces have made a dramatic shift towards telecommuting, which is also causing some ripples in the real estate market.  People are better at washing their damn nasty hands.  Folks are keeping their distance from each other.  Large crowds are taboo (unless you are looting.)  Masks allow us to pretend we don’t recognize old acquaintances when we see them at the store.

To all of which I respond:  don’t threaten me with a good time. 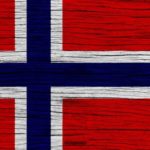 How Norway’s economic models stop it from being libertarian 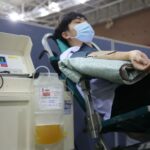