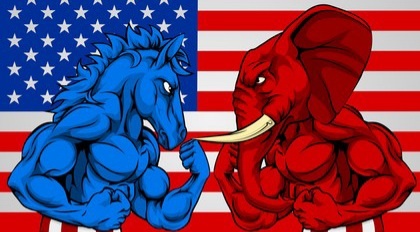 The Left and the Right are two wings of the same bird I used to say. Two sides of the same coin. It was easy for me to sit on the sidelines, be electorally insignificant, and throw rocks at both parties. Even though I wasn’t a member of a party that had any serious political persuasion, at least I was right.

Except I was wrong.

Libertarians in Red States may still naively hold this view because they didn’t have their lives upended like those Libertarians who lived in blue states. Red States significantly fought the lockdowns. In Blue States, we were arrested for kayaking or fishing.

When fishing was banned in my state, I was throwing red flags. Yet all my Leftist friends stood by the ban. “If you’re all standing around next to each other fishing, you’re going to spread the Coronavirus,” they said. There was not a single critical thought amongst them. As Leftists tend to surround themselves on coasts amongst natural resources, you’d think more of them have been fishing before. But they haven’t. “Just buy fish from the supermarket instead,” they insisted.

Yet, anyone who has ever been fishing before knows there is much more distance between yourself and another fisherman than there is between yourself and another customer at the meat counter. For a Party of Science, it is strange that the Left can’t account for currents. It’s crazy we don’t want our fishing lines to get crossed, therefore we stand a good distance away from each other. But that’s only where The Left began to fail at science during the pandemic, as they’ve failed every other step along the way.

We saw time and time again how restaurants and salons were shut down, only to become private events for politicians…. In Blue States. A single barber refusing to shut down was statewide news and controversial. Snitch Lists arose where people reported “Non Essential Businesses” for remaining open, which was a phenomenon largely reserved for Blue States. The reports largely targeted churches and gun shops, and leftists in Blue States used it as a tool to target political adversaries. It was political from the very beginning. COVID patients forced into nursing homes only happened in Blue States.

We are now two years into the pandemic, and lifting restrictions is a cause of The Right. Once a fringe position, School Choice is being adopted into the mainstream on the right due to mask mandates and Critical Race Theory. Meanwhile, The Left has been doubling down on harm to children, pushing for vaccine mandates on elementary age school children, while fighting tooth and nail to oppose curriculum transparency. They’ve been calling concerned parents terrorists.

I’ve always had concerns with public school, as I myself am a product of it. I lived through it and was disenfranchised by it. In the last two years however, it’s clear Blue State society at large is trying to weaponize children against their parents via school curriculum. Don’t let the enemy mold your children.

Now, the Blue States are pushing vaccine mandates on children. The vaccine does not prevent the transmissibility of Omicron. The argument is that it does prevent a worse reaction. Yet, children have had little or no reaction to COVID-19 throughout all of the variants. The vaccine itself has a larger compromising threat to children than COVID does. So this makes absolutely no sense. It’s only The Left that’s pushing this.

The Left and The Right are clearly not the same. The Left is worse, and by large orders of magnitude. The Right is also quickly adopting more Libertarian positions in the wake of the pandemic. It’s time to leverage that. 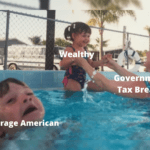 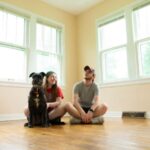 Tips for Moving: How to Find a Reliable Moving Company