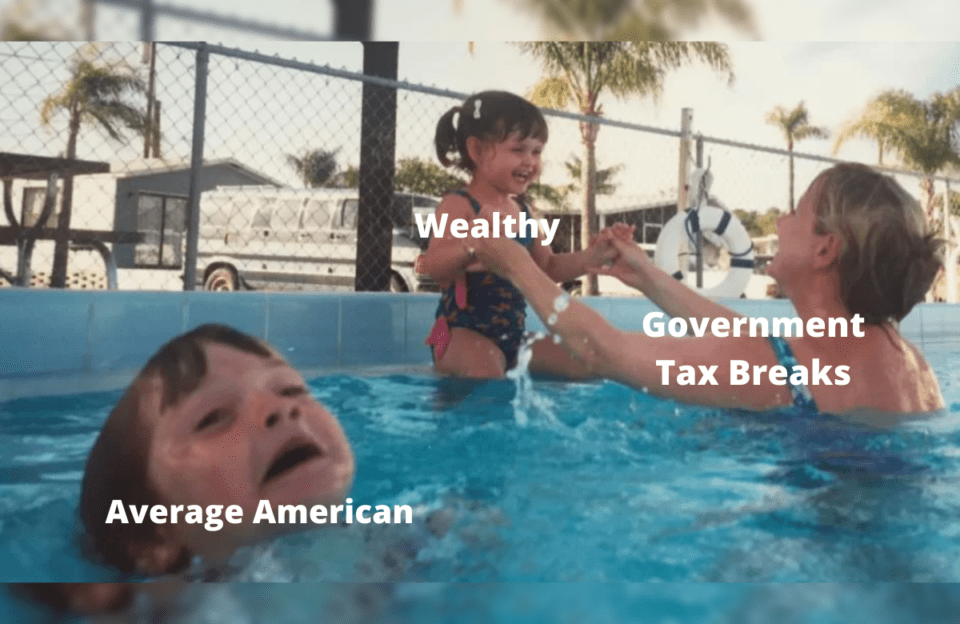 The original IRS Form 1040 was only four pages long, including instructions, and contained few exemptions. The original intent of Congress was for anyone making money to pay some portion of it to the government. Tax rates were very low but anyone making a certain amount of money had to pay taxes. Beginning, however, in 1918, with the first amendments to the Federal Income Tax Code, lobbyists added millions of words of exemptions, deductions, and credits to the Code for the wealthy and shifted the burden of taxation to the worker.

When it comes to tax reform it is amazing how many objections the wealthy and the big business community can raise against any efforts to simplify the tax code. They claim every change to the current code will harm small businesses, family farms, shut down the economy, or fall primarily on the poor as if they sincerely care. It’s also amazing that a special benefit tax-avoidance like “carried-interest,” still exists? These gimmicks allow wealthy hedge fund managers to pay their income tax at lower capital gains rates, rather than at the higher income tax rates, that a laborer or secretary pays. Every presidential candidate for decades campaigned on repealing it, yet it still exists. Congress makes sure it exists for its big contributors.

Paying federal income tax was once and could be again, a four-page form, including Form 1040 and instructions. Anyone with a grade school education could complete it. So, why is it so hard to simplify 2,652 pages of unreadable legal text that contains 2,412,000 words and is implemented through 8 million words of regulation?

The simple answer is government and the wealthy greatly benefit from a complex tax code! To paraphrase a line from Shakespeare, Congress and the wealthy remark about the tax code, “How do I love thee? Let me count the ways.”

The primary reason is the wealthy have successfully persuaded Congress to obtain most of its revenues from salaries and wages while giving significant tax breaks to capital and its long-term preservation.

As to why the wealthy love it? The federal income tax code is a corrupt document that allows friends of the government, usually wealthy individuals, to manipulate tax benefits for themselves at the expense of the many. Moreover, it gives the wealthy a great talking point – they can assert they pay the bulk of individual income taxes to run the nation while allowing themselves the ability to massively accumulate the wealth of the nation without taxation.

The wealthy defend their privileged tax status asserting the top one percent of income earners pay 39.5% of the income taxes collected by the government and the top five percent pay sixty percent of all individual income taxes. While these statistics support a technically correct talking point, the real impact of the tax code tells a very different story. The federal tax code effectively transfers the wealth of the nation to the wealthiest of the wealthy, tax-free and in perpetuity.

Over the last three decades, the federal income tax law has dramatically altered the wealth of the nation. In 1965 the income disparity between the American CEOs and the average employee was twenty to one. In 1989 it was 58 to 1. In 2018 it was two hundred and seventy-eight to one. Today, it is three hundred and fifty-four to one. During the same time period, wealth inequality spread dramatically, with the top five percent of the richest people owning two-thirds of the wealth of the nation. “The United States has some of the highest levels of income and wealth inequality in the world. U.S. Federal Reserve data shows that the wealthiest 10% of Americans control $93.8 trillion of the nation’s wealth, more than double the $40.3 trillion in the hands of the remaining 90% of Americans.”

And the top one-tenth of one percent of the wealthiest increased its ownership of the nation’s wealth from seven percent to twenty-two percent, over the same period.

How did this occur? The wealthy have friends in key political positions and on their boards of directors. As part of a reciprocal relationship, they protect each other, thus ensuring greater wealth for all in their class. The tax code authorizes maneuvers like carried interest, generation-skipping trusts, and other trusts to avoid taxes; deferred compensation; tax credits for favored entities; direct subsidies to businesses, farm subsidies for insurance companies who own vast amounts of farmland; tax-exempt fringe benefits for health and life insurance; allowing corporations to pay for the limousines and private aircraft used by executives; and almost unlimited expense accounts. All these tax-free benefits transfer massive amounts of wealth to the already wealthy with little to no tax liability.

In 2017, Congress sweetened the already sweet tax benefits by doubling the estate tax exemption to $11.2 million per decedent while still allowing a stepped-up basis so that future generations can avoid taxes on accumulated wealth. The stepped-up basis is perhaps the most significant of the tax benefits to the wealthy. A stepped-up basis is a tax mechanism that automatically increases the basis of an asset at death from the cost to the original owner to the value of the asset at the time of inheritance. This adjustment to the base value of an asset at the time of transfer results in total tax avoidance for all the assets transferred to the heir. It can be used to allow wealth to dramatically increase while remaining untaxed until the end of the world, with proper planning.

The stepped-up basis when combined with the law of compound interest, which Albert Einstein called the greatest mathematical discovery of all time, ensures massive wealth becomes even more massive. Compound interest is a function of generating earnings on the reinvestment of money. It has only two components: the amount of the investment and the length of time the money is allowed to accumulate. The more money one invests, and the longer the investment generates income, the more money is generated. When the assets are not taxed upon the owner’s death, these massive assets are transferred tax-free to future generations. Without the tax, these future generations continue to accumulate greater amounts of wealth, and therefore more and more of the nation’s wealth is concentrated in fewer families. As long as the future generations can live on the millions or billions of dollars generated in interest, the principal can be preserved forever, tax-free and whatever is left over, can be given to future generations tax-free.

According to economist Edward N. Wolff the wealthiest one percent of households own more than the bottom ninety percent of households combined This point is easily illustrated. Under the rule of sevens, a dollar doubles in value in 10.3 years if it receives 7% interest a year. If the founder of a tech company holds the stock, he/she purchased for $1 a share and it is worth a billion dollars at death, the person inheriting the stock now has a basis of $1 billion. If that person holds the appreciated asset for twenty years, under the rule of tens, it will be worth $ 4 billion and it is all tax-free due to a stepped-up basis. If the new heir holds the same stock for another 20 years, his/her heirs will inherit $16 billion tax-free. Wealth just keeps accumulating tax-free. While it is likely a portion of the appreciated asset will be spent by the heir and that portion taxed; most of the appreciated asset will remain unspent and can be passed to future generations untaxed.

While the wealthy can avoid paying taxes on accumulated wealth for years or generations; ordinary people pay more and more regressive taxes. A regressive tax is defined as a tax imposed in such a manner that the tax rate decreases as the amount subject to taxation increases. Social Security is a good example of a regressive tax. It consumes a significant part of a worker’s ordinary income, yet with the income cap of $142,800 on social security, the amount paid by a worker making $142,000 a year is the same as a person making $1,420,000 or 14,200,000,000 a year.

To the wealthy, paying income taxes is far less important than having the government protect their ability to accumulate and transfer their wealth tax-free for generations. This is the primary reason real tax reform cannot be achieved. The U.S. could achieve real tax reform by returning to the simple four-page tax return, but that would require the extremely wealthy to pay taxes at the same rates as a laborer, on all their income, and be subject to a stepped-up basis on assets at the time of death. 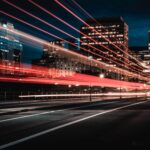 Arif Efendi: Why Cryptocurrency is Here to Stay 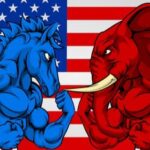