However, the bipartisan group of Senators want further action in disengaging the United States from the Yemen Civil War, a war that has killed at least 10,000 people since Houthi rebels took control of the capital of Sana’a in 2014.

“I’m pleased to see the administration respond to growing pressure over its arms sales to Saudi Arabia,” said Paul. “Halting this $350 million sale is a positive start, but it is only a drop in the bucket of the administration’s total support. Until President [Barack] Obama ends his unilateral, unconstitutional involvement in this regional war, our voices will only get louder.”

The Saudi-lead coalition has been accused of war crimes and bombing civilians, including bombing a school, a Doctor’s Without Borders hospital, and a funeral which has lead to the deaths of hundreds of civilians.

Murphy said that halting the arms sales was “the right call” but also said that the United States should stop refueling Saudi bombers.

“Halting these weapons sales to the Saudis is the right call. But if we are concerned about U.S.-supplied bombs being dropped on civilians, we should also stop refueling the Saudi planes that are flying those missions. Both the Saudi-led coalition and the Houthi-Saleh alliance have been responsible for killing innocent civilians and denying vitally needed humanitarian aid. Any further assistance – including weapons deliveries already in the pipeline – should be conditioned on prioritizing civilian protection and a willingness to compromise in political negotiations to end the war.”

Franken said that he hoped the decision would “send the message” that the “United States is not going to turn a blind eye to Saudi Arabia’s indiscriminate killing of men, women, and children.”

“While this announcement may signal that the administration is finally beginning to understand the contradictions of their policy towards Yemen, our military is still involved in a war without authorization from Congress with no justifiable strategy,” Lee said. “From day-one Congress should begin to engage the incoming administration on reviewing the international entanglements in which our country has become involved.”

In September, the bipartisan group of Senators introduced a joint resolution to block a $1.15 billion arms sales to Saudi Arabia, which failed to pass as the Senate voted to approve the arms sales 71-27. However, several groups hailed it as progress due to the amount of Senators that voted against approving the arms sales.

In August sixty-four members of the House of Representatives sent a letter to President Obama asking him to delay the arm sales. The letter said Saudi Arabia might be guilty of war crimes and stated that at “least 33 unlawful airstrikes” have “deliberately targeted civilians and civilian facilities, such as hospitals, schools, markets, and places of worship.” 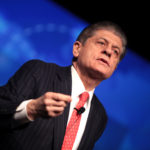 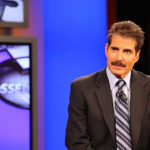