Representative Justin Amash (R-MI) is part of a bipartisan coalition that is seeking to end arms sales to Saudi Arabia. Recently this coalition sent a letter to President Obama on postponing the $1.15 billion arms sales recently approved by the State Department. The letter was signed by sixty-three members of Congress, most of them Democrats. The main organizer, Representative Ted Lieu (D-CA), has been a vocal opponent of the arms sales.

“Indeed, Amnesty International has documented at least 33 unlawful airstrikes by the Saudi Arabia-led coalition across Yemen that appear to have deliberately targeted civilians and civilian facilities, such as hospitals, schools, markets, and places of worship. These attacks may amount to war crimes,” the bipartisan coalition writes.

The Saudi-led coalition has left over 3,700 civilians dead, almost a third of which are children, according to the United Nations. It is estimated that over 10,000 people have died since the conflict started last year. Over 2.8 million people have been displaced, with 83 percent relying on outside humanitarian support.

The lawmakers then go on to write:

We are concerned, however, that the timing of this notification during the August Congressional recess could be interpreted to mean that Congress has little time to consider the arms deal when it returns from recess within the 30 day window established by law. We are not aware of any compelling reason why Congressional approval of the sale could not be postponed to allow for meaningful Congressional debate on this issue that has major implications for both civilians in Yemen as well as our national security.

The lawmakers then remind President Obama of his words when he was seeking Congressional authorization for an intervention in Syria.

In announcing your decision to seek Congressional authorization for the use of force against the Syrian government in 2013, you stated that: “I’ve long believed that our power is rooted not just in our military might, but in our example as a government of the people, by the people, and for the people.” We strongly agree. We urge you to delay this proposed arms deal so that the people’s representatives in Congress can give these issues the full deliberation that they deserve.

Lieu spoke to The Intercept about stopping arms sales to Saudi Arabia. “I taught the law of war when I was on active duty,” he told The Intercept. “You can’t kill children, newlyweds, doctors and patients — those are exempt targets under the law of war, and the coalition has been repeatedly striking civilians.  It is very disturbing to me. It is even worse that the U.S. is aiding this coalition.” 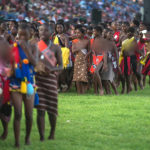 Tens of Thousands of Women Dance Topless Before King in Swaziland 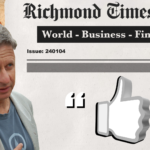