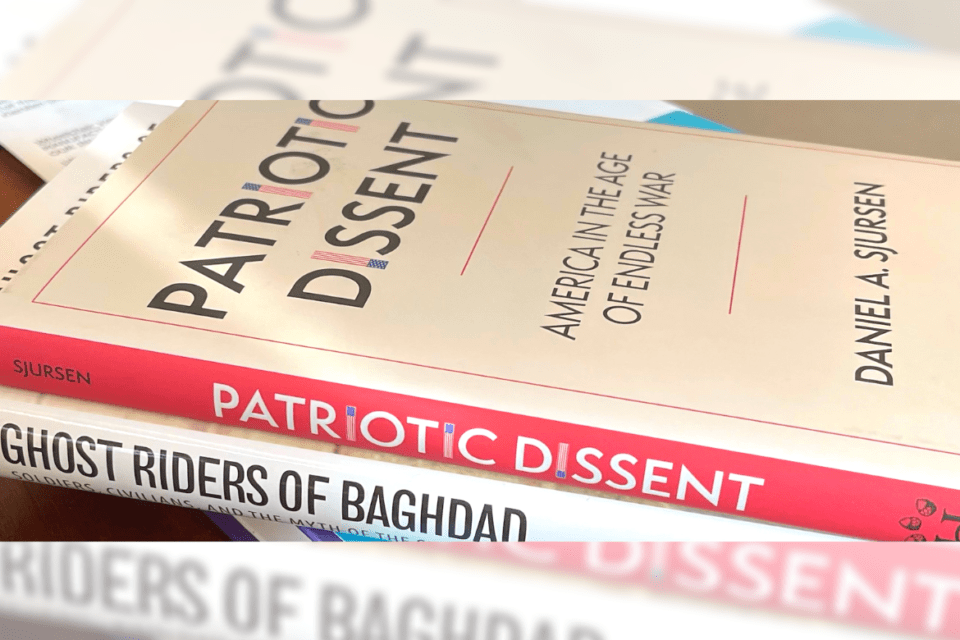 It’s strange how we Americans have routinely accepted that those sending our sons and daughters to seemingly never-ending wars will never be asked to likewise serve in harm’s way. As Major Daniel Sjursen says, the “elites have opted out fully.”

In “Patriotic Dissent: America In the Age Of Endless War,” Sjursen writes about never-ending wars, the culture of disinterest in foreign policy amongst the American populace, and what true patriotism looks like. Sjursen graduated from West Point and is an 18-year veteran who served multiple tours of duty in Iraq and Afghanistan before being medically retired. He previously authored “Ghost Riders of Baghdad: Soldiers, Civilians, and the Myth of the Surge” that told the story of his first deployment to Iraq.

Sjursen makes the point that “patriotism and nationalism” are not the same, and that questioning the current wars and America’s foreign policy is the patriotic thing to do. He further explores how “nationalism” is a blind obedience to the state and disregards the good of the individual—and even the collective community that makes the country.

Here’s the thing about Danny– he’s not a right-winger or conservative, but he is consistently antiwar. Watching the death and destruction of a decades-long conflict that doesn’t seem to be any closer to a possible “winning” scenario, has something to do with his perspective. Sjursen was in the Army long enough to be against the war.

Military and war-time service has that effect on people. Sjursen mentions the famous antiwar General Smedley Butler and his notorious pamphlet War Is A Racket. Butler was a career military man and spent his short time outside of the military arguing against war and the indecency of sending American soldiers into harm’s way for corporate interests that do not serve the country as a whole.

If Americans are truly concerned about patriotism and supporting those who put their lives on the line, maybe they should be less concerned about waving the flag at sporting events, and instead pay more attention to the caskets that come home draped in that flag. The caskets of American soldiers that are less than 1% of our country and the majority of them are from poor, rural, Southern areas. They often have military legacies in their family. They found opportunity in defending their country. But can most Americans point to where these soldiers died on a map or explain what they were fighting for?

Sjursen goes through the history of the antiwar movement in America and notes the largest organization devoted to ending America’s global expansion and policing was The Anti-Imperialist League that, “at its height, had hundreds of thousands of members, making it one of the largest antiwar organizations in American history.”

America’s storied history of questioning the government’s wars and foreign interventions is one of the major points of “Patriotic Dissent.” Sjursen mixes a historical record of America’s past wars with a plea to stop the never-ending war machine in a way that only a veteran can. Occasionally, the liberal-leaning and professed romantic former Army officer reveals personal details that give a depth to his perspective.

“Patriotic Dissent” was informative and interesting as the bookish, Phd-holding author is revealed as a historically astute antiwar activist. A firsthand account of life in the Army at home and in overseas wars, it will make you laugh, smirk, and cry. Although it is written somewhat like a college textbook, it feels more like an elaborate journal kept for years. “Patriotic Dissent” is a soldier’s plea for strength and peace in his republic. 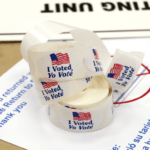