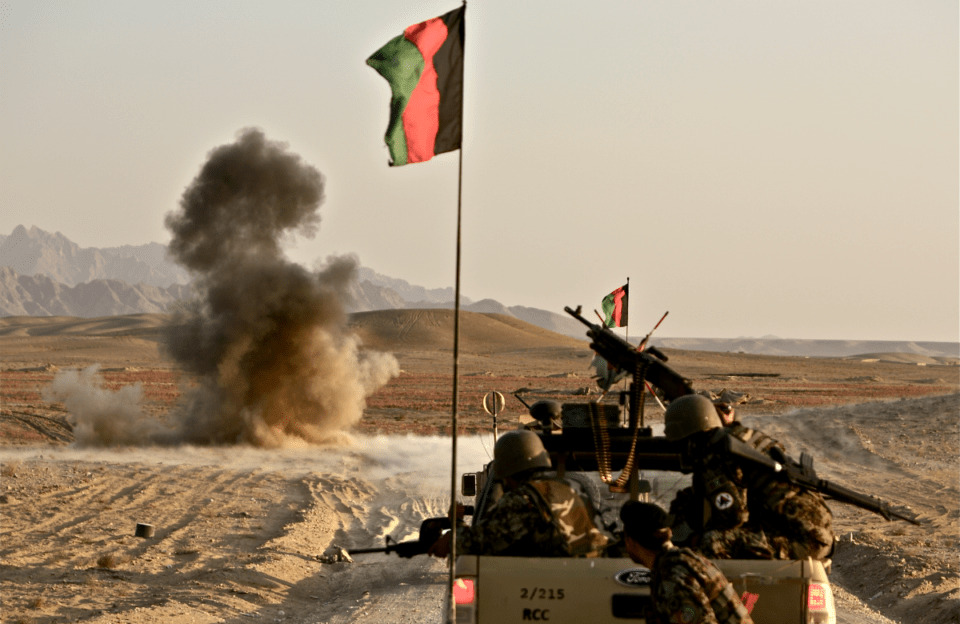 The withdrawal of all US government personnel from Afghanistan marked the end of what is often considered to be one of the least popular wars in American history and, more importantly, the end of a costly decades long nation-building initiative. While the operation was horrifically botched at the expense of American lives, the ending of this war is cause for celebration and reflection. Now, we must ask ourselves where do we go from here?

The political establishment’s “War on Terror” has repeatedly been used as a justification to strip the American people of their constitutional liberties and greatly expand the size, scope, and reach of the government. One glaring example is the Patriot Act’s infringement on the 4th Amendment which protects us against unreasonable searches and seizures by the government. Given that the Patriot Act enabled intelligence agencies like the CIA and NSA to surveil the communications of any American citizen without their knowledge, it is clear to see how the powers granted to these agencies are ‘unreasonable’.

It is high time we demand that our representatives in Congress dismantle the Patriot Act and restore our 4th Amendment rights. As the great Austrian economist F.A. Hayek once declared in his book Law, Liberty, and Legislation, “​​Emergencies have always been the pretext on which the safeguards of individual liberty have been eroded”.

While we’re on the subject of limiting the functions of the state, incredibly unpopular state institutions like the DHS and TSA that were established in the wake of the 9/11 terror attacks need to be abolished. The functions of these institutions are heavily intrusive and hinder many of our everyday tasks; let alone the fact that their existence has yielded little to no benefit to the American people. These institutions were established under the auspices of aiding our government in its effort to protect liberty from both foreign and domestic threats; instead, they’ve eroded much of our liberty and comprise nearly 60 billion dollars of our annual budget. It is safe to say that the extortion of the American people to fund such institutions is wholly unjustified.

Lastly, libertarians must make a concerted effort to limit the executive branch’s ability to entrench the United States in the affairs of foreign nations without congressional authorization. The involvement of the state in foreign conflicts enables it to justify the greater taxation and coercion of its constituents under the justification of funding a war. Kentucky Senator Rand Paul, son of the two-time presidential nominee Ron Paul, introduced legislation that aims to do just that earlier this year.

Senator Paul has a long-standing record of opposing the warmongering which has tragically become all too common among members of the legislative branch. Ever since he became a Senator for the commonwealth of Kentucky in 2011, he has tirelessly sought to reinstitute the requirement of Congressional authorization of American involvement in any war. Given the fundamentally libertarian nature of Senator Paul’s push to limit the warmongering capabilities of the political elite, we as libertarians are compelled to apply pressure to our representatives in Congress to support him in abolishing the war-making powers of the executive branch.

When all is said and done, we should celebrate the end of the failed crusade in Afghanistan —but we should also be wary of becoming complacent. Now more than ever, we need to demand that our elected officials reverse the wrongheaded policies established in the wake of our engagement in the war in Afghanistan, and seek to ensure that no such intervention ever occurs again without the support of Congress.

To achieve these ends, I implore all readers to contact their local congressman and insist that they take a stand against future wars. Ron Paul said it best when he affirmed that, “The moral and constitutional obligations of our representatives in Washington are to protect our liberty, not coddle the world, precipitating no-win wars, while bringing bankruptcy and economic turmoil to our people.”

Ali Motamedi is a high school senior who has been involved in the liberty movement for the past two years. He has an interest in a wide range of issues, but his influences especially include Murray Rothbard, F.A. Hayek, Ludwig Von Mises, and Hans-Hermann Hoppe.

How is Cloud Storage Useful to Small Businesses?