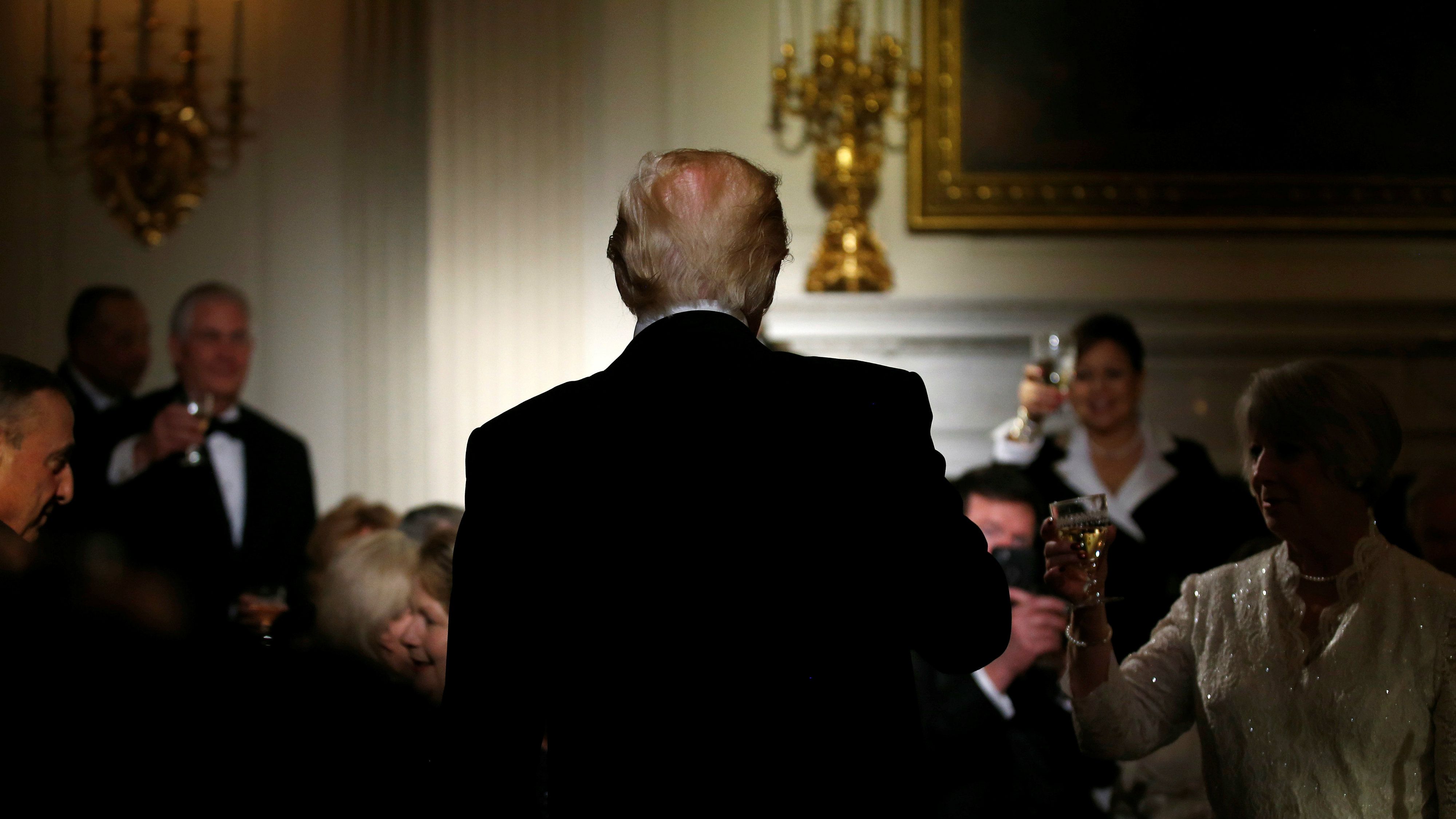 Fewer than half of voters who support the idea of President Donald Trump’s impeachment can actually point to a specific grievance, according to a Wednesday poll.

Only 43 percent of voters who support the notion of impeachment of the president believe that he committed an offense worthy of the only constitutionally supported method of removing the president. The majority of those who advocate for Trump’s impeachment believe that Trump is unfit for office, but don’t have a specific reason for their decision.

Overall, 43 percent of registered voters now support the idea of impeachment proceedings in the House of Representatives, up 5 percent from last week’s poll.

The number of voters who don’t want the president to be impeached dropped slightly, moving to 45 percent from last week’s 46 percent.

“If President Trump was hoping his foreign trip would shift the conversation away from scandals, he may be out of luck,” said Morning Consult Co-Founder and Chief Research Officer Kyle Dropp. “Over the last week, support for beginning impeachment proceedings among voters rose from 38 percent to 43 percent.”

However, Trump’s approval ratings remained consistent from last week. Forty-six percent approve of the job he’s done so far, and 50 percent disapprove. His lowest approval rating was 41 percent in a May 19 poll.

Democrats continue to call for Trump’s impeachment, with Reps. Al Green, Nancy Pelosi, and Maxine Waters openly calling for Republican leadership to begin proceedings that will remove the 45th president.

“He has committed an impeachable act and must be charged. To do otherwise would cause some Americans to lose respect for, and obedience to, our societal norms,” Democratic Rep. Al Green said in a statement after calling for Trump’s removal on the floor of the House.

Attempted Break-in of Cockpit Turns a Malaysian Airlines Flight Around