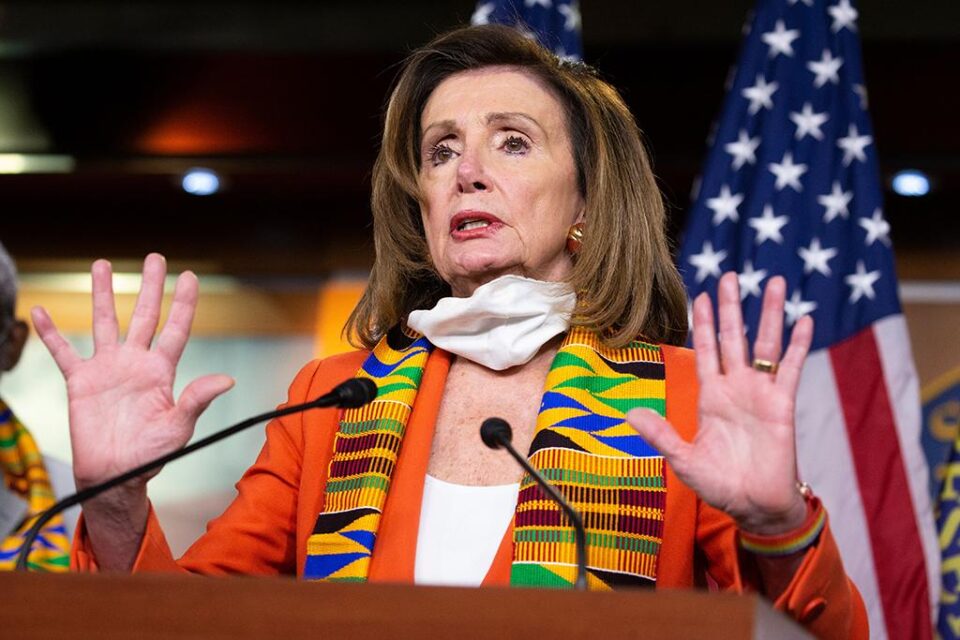 House Speaker Nancy Pelosi showed a photo of her father with former First Lady Eleanor Roosevelt while explaining that supporting D.C. “statehood is in my DNA” on Thursday.

“I said this District of Columbia statehood is in my DNA,” Pelosi said while bringing out the framed photo. The House passed a bill in a 216-208 vote on Thursday that would designate D.C. as the country’s 51st state.

D.C. would become the “Washington, Douglass Commonwealth” and preserve a separate smaller federal district if the bill is enacted.

Democrats require every senator in their party to vote alongside them, including Democratic Sens. Joe Manchin of West Virginia and Kyrsten Sinema of Arizona.

There is strong opposition to the bill from Republicans, who have contended the legislation is unconstitutional. Republicans also argued Democrats are seeking to gain two more Senate seats and another spot in the House for political reasons.

Democrats contend the district’s thousands of residents, who pay taxes, are entitled to representation.

Pelosi explained the photo depicted her father conducting his first hearing as the District of Columbia Appropriation Subcommittee’s chair.

“As chair of that committee, he was known as the unofficial mayor of Washington because sadly the Congress had so much say over what happened in the District of Columbia. He did not support that, he was all for home rule and what would come after that,” Pelosi said.

Green card marriage-based interview: Everything you need to know