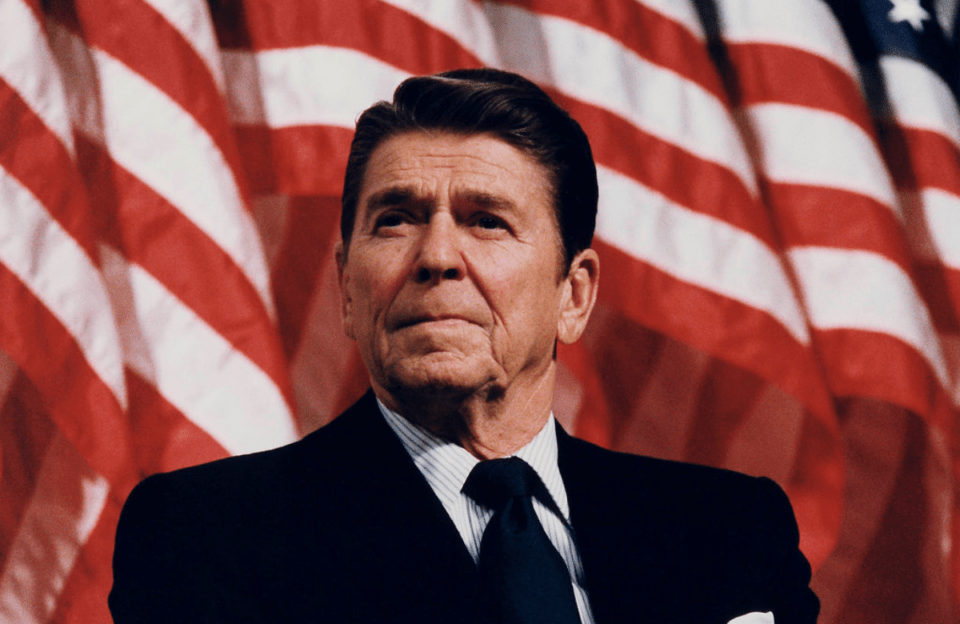 Forty-odd years ago, Reagan defined the Republican coalition as a three-legged stool. These legs may not have pointed in entirely different directions the way that anarcho-communism, technocratic populism, or global nativism would, but they certainly didn’t hold the same centering base principles.

Functionally, definitionally opposed and cross-purposed to one another, they all the same began their dysfunctional, disastrous courtship which matured into a strong and enduring toxic partnership. In theory, they believed they could advance their common goals by making concessions on the margins to each other in exchange for the strength that numbers provide.

Self-deluded, the right convinced itself that there was actually some fundamental natural alignment between the three rather than a relationship born of political expediency. A world of fiscal cons, social cons, and neocons living in harmony rather than chaos, believing fusionism functioned as symmetry is… madness.

The Cold War may have provided more overlap than one would expect, especially given how readily humans define their own beliefs by what they’re opposed to—what Dershowitz might phrase “rights from wrongs”. Communism was rightly seen as a threat to financial freedom, religious freedom, and America itself. Inwardly, Federalism might have been able to smooth out some of the frayed edges and provide an out for the seeming contradictions. But it couldn’t last. The coalition had been dying since the lifting of the Iron Curtain. Determining the cause or time of death might be tricky— and it’s more complicated than just “Trump”—but recognizing it is a corpse shouldn’t require a biologist.

The GOP is set to sweep the midterms, but they cannot thank this coalition for the victory. It is more an accident of timing and opposition. Republicans have long jettisoned any sense of fiscal restraint. Opposing gargantuan Democrat budgets doesn’t count if their alternative is essentially gargantuan budgets from a year or two ago. Their “moral majority” overwhelmingly turned out for a man with the character of Donald Trump. Neocons may still hold the levers of power at the top, but at the grassroots level the average Republican has become more skeptical of war and pro-war propaganda than the average Democrat. The only credit they’ll have for this victory is in managing to not screw up badly enough that they snatch defeat from the jaws of victory.

So what legs have replaced Reagan’s tripod? There are plenty of words that come to mind such as nativism, nationalism, populism—all of which may play some role. But the only visible connecting tissue I see in today’s Republican party is “owning the libs”. There does not seem to be any important, set, coherent philosophical difference defining the GOP; all that is left is cultural identity and hating the other guys more than they hate one another.

Defining oneself by opposition allows your opposition to set the terms. What today’s GOP needs is an actual soul. What defines them now is a relatively rudderless anger, and a (correct) understanding that the modern left has lost its marbles.

The Gipper’s Stool is dead.