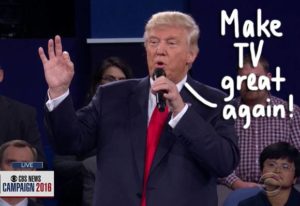 Is Republican Presidential nominee Donald Trump getting ready to start his own news network?

After recent reports of Trump family members looking into investors for a potential network, and campaign CEO Steve Bannon not ruling out said network, it appears that the Trump campaign has taken its first step to doing just that.

As announced by Trump’s advisers Boris Epshteyn and Cliff Sims on Monday, the campaign will stream a live program on Facebook from Trump Tower in New York City, nightly until Election Day. The shows will air around 6:30 PM EST and lead into Trump’s rallies which take place around 7:00 PM EST.

The Hill reports that,

Trump’s use of Facebook could actually prove to be a quite intelligent play, rather than using traditional television, as his reach on the platform is far reaching. His live feed of the third presidential debate coalesced 9 million viewers according to Wired, and within a few minutes of debuting the new campaign show, they had reached 60,000 viewers.

The show will also included The Blaze’s Tomi Lahren. A not so surprising  addition as some publication outlets like The Daily Caller have presumed that she could be the potential face for a Trump TV network, given her youth, following and unabashed support for Trump. 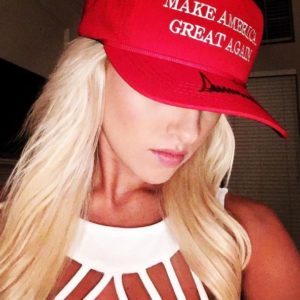