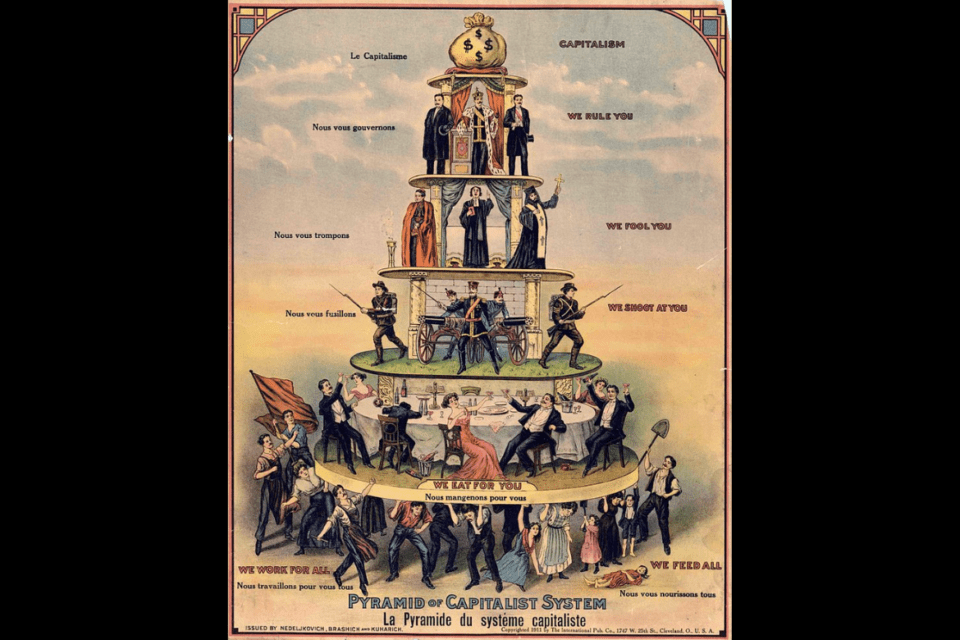 As an ardent supporter of voluntary capitalistic principles, I feel it necessary to address the criticisms levied against these notions of meritocratic value and pen this public letter in support. Especially now, as the Libertarian Party seems to move on a path nearer every year to becoming outwardly anti-capitalist just to own “the system man”, it becomes ever more an important task.

There is simply no direct corollary relationship between any form of economic distribution system which is favorable to racist principles, and this is no more than a farce which divides common man against himself instead of uniting in opposition to excessive governance, or more simply put—tyranny.

Unfortunately, racism does exist. Although we all work towards the path of tolerance and understanding, reality falls short of the ideal. You get individuals or groups who would think themselves of better standing not for their creed or values but for uncontrollable superficial qualities or by right of “birth”. The KKK, Andrew Jackson, Democrats in the mid-20th century, David Duke, Roy Bryant, Franklin Delano Roosevelt, J.W. Milam, Richard Spencer, and many more come to mind here in America alone. However, while all of these individuals (some of who were even U.S. Presidents) were of a capitalist nation, they do not stand alone as pillars against human social progress.

There is no better place to start than with the prime examples present in the so-called communist utopias of the world. Che Guevara, the man known for adorning the shirts of many would-be American communist revolutionaries, was not just a racist but a homophobe as well. He wrote such in his life of Africans of the Americas that “The black is indolent and a dreamer; spending his meager wage on frivolity or drink; the European has a tradition of work and saving, which has pursued him as far as this corner of America and drives him to advance himself, even independently of his own individual aspirations.” This was the word of a cornerstone of the Cuban communist revolution—hardly a prime example of racially tolerant communism. But what of the larger continental Communist hearths of Russia and China?

Let’s not forget the USSR’s proclivity for ethnic strife, having committed large-scale genocide by mass starvation through the Holodomor, which saw over three million Ukrainians perish due to their Soviet leadership’s decisions. They were a place which, although was beyond the basic color barrier, still had far to go before truly ridding themselves of identitarian biases. Even in China today, there is ethnic cleansing of the Uyghur people on the basis of cultural differences, the purging of a Muslim population. This of course is nothing new to the Communist world, as during the Khmer Rouge’s massacre of its own people in the Cambodian Genocide, it favored racialized “justice” by targeting those of ethnically Chinese, Vietnamese, or Cham (Cambodian-Muslim) origin.

Nothing needs to be said of the dangers of absolute authority systems themselves in promoting racist ideas, what with the Belgian king’s treatment of the Congo, the era of European colonialism in Africa under its many kings and queens, or the raving mad racist lunacy that was Adolf Hitler’s Germany. Even the aforementioned FDR was inarguably racist against Japanese Americans and placed them in literal camps because he was given an inordinate amount of power as a wartime president under populist authority. But what ought to be said is that these are still examples which allow us to further discover that there is a variety of ways in which many, many different governance systems can allow prejudice to fester.

Meanwhile, it can be easily argued that the advent of capitalist principles, first in Europe then later in the United States, did work to establish the 18th and 19th century footholds of liberalism, whose doctrine was key in the dissolution of both the Atlantic slave trade as well as slavery outright in the West. Although it is reality that the United States was one of the last to ban the practice, it did so on the heels of a newfound movement for racial tolerance which eventually helped to promote an end to African colonialism as its liberal values faced opposition, and more importantly scrutiny, in the Cold War.

Some would argue that it “continues today” in the form of the corporate entities which abuse contracts with local governments in Africa to extract resources in some pseudo-colonial crony capitalism. This cronyism has hardly a capitalist bone in its body as no nation, capitalist or socialist (African or European) is safe from exploitation on the continent, and even as Communist China continues to exert influence in the region there is continued illegal excavation of resources by their expatriates as well.

The matter is not that there is an issue with capitalism, but that the current system of governance has lost its way. It has allowed the state to grow, so much that now it can act against the citizenry without  consequence. The fault is not with any idea of “late stage” let alone any stage of capitalism’s Pokemon evolution, but rather an issue of a government founded on an improper prejudice, which after the slow centralization of power over time has become ever more rigid to meaningful change.

Not since the time of President Nixon’s Watergate Scandal has there been real, substantial change to government in the United States, as it grew more secretive and yet also investigatory and intrusive of its citizens. This is not to say that there is some shadowy hand or conspiracy against the American people by some “deep state”, but that all governments over time grow burdensome and bureaucratic, and that the current one may need some sizable pruning.

This place and time in America seems better than ever, with Americans—left, right and center, black white and everything in-between—all at the business end of a police force with few direct responsibilities of care for the common man.