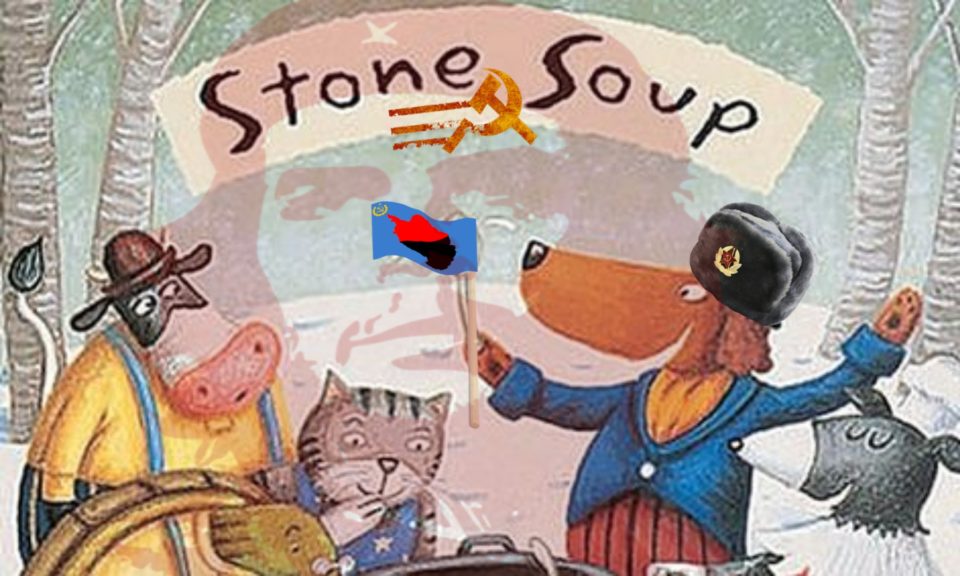 The book Stone Soup is a Newberry Award winning book, and what many consider to be a story of virtue beyond reproach.

I remember reading this story as part of a unit in Public School in the 3rd Grade. In fact, there was an in-class potluck based on the theme of this book to celebrate the unit.

Granted, that’s all I really remembered of it. The story had never stuck in my mind like the story of The Little Red Hen so vividly did, which teaches very simply and effectively that one should not expect a reward without contribution. That you are not entitled to the fruits of another’s labor.

For all intents and purposes, The Little Red Hen is an Economics book, and a great one to plant the seeds of Capitalism into children. 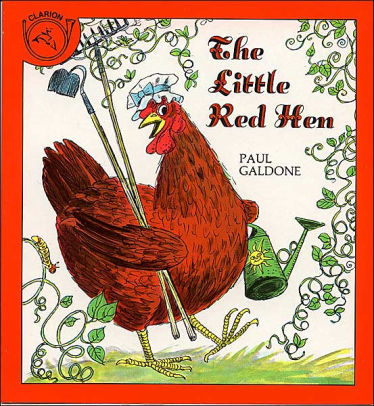 When my son was old enough to start learning how to read, we stumbled across a box set of 20 small children’s paperback books that we had. Great for beginning readers. They were small books about manners, cooperation, being kind, etc. Books like Twinkle Twinkle Little Star and The Lion and the Mouse. In that set was Stone Soup.

Finding that book instantly brought back memories of that elementary classroom lunch, eating soup made from the ingredients that parent volunteers brought in. As far as the story went though, I didn’t really recollect it. I remembered that people pooled their ingredients together to make that pot of soup. I had long forgotten how that circumstance arrived, or even what the point of the stone was.

I was shocked as we read that book together. In fact, I threw it out directly afterward. After all, the means to the end is the true moral of the story, from which any supposed virtue would derive from.

The moral of this story is to use deception to acquire other people’s resources without contributing anything of value yourself. It’s the polar opposite of The Little Red Hen.

A traveling vagabond begs village people for food, who don’t have much of their own. He tricks the people into believing that his magic stone will make the best soup they’ve ever had, so long as they all contribute the little that they had.

They all contributed what they had, and made a large pot of soup that they all shared, including the vagabond, who contributed nothing but trickery. The vagabond is the story’s primary beneficiary. The story centers around him, and at the end as he’s leaving the village, he keeps the stone so he can do it again in the next village.

The story attempts to paint a Happily Ever After picture, while ignoring the glaring problem that the vagabond was leaving a village that had just depleted its entire food supply. It attempts to paint a rosey picture through his deceptive direction, all while he contributed nothing. He’s also going to do it again—and leave another village without resources.

That’s the moral of Stone Soup.

Trickery is not cooperation, and is nothing to be celebrated. In direct contrast, The Little Red Hen teaches the rewards of cooperation and productivity. It also likewise teaches the consequences of not being productive, and the disappointment of expecting the fruits of someone else’s labor. No bread.

Throw away Stone Soup. It’s Marxist propaganda that celebrates envy and entitlement to any length necessary, and pans away from the logical conclusion before it strikes. Your children should be reading The Little Red Hen.