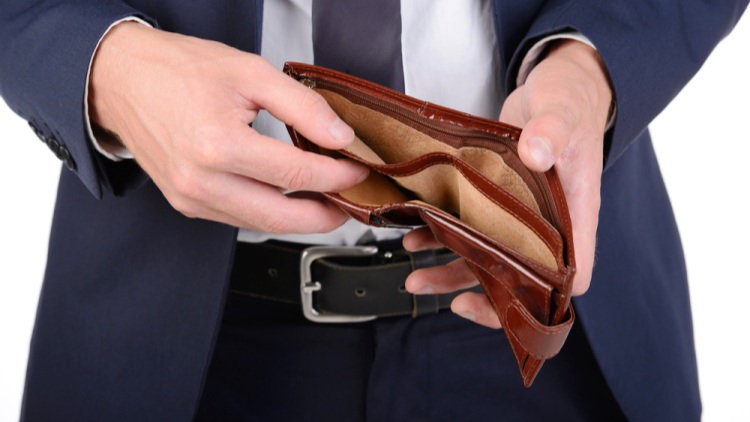 I may not be a financial advisor, but I can handle myself. I can run a budget, I can live within my means, and I can set money aside for bigger and better things.

That fucking thing you bought on an impulse because it filled some sort of gratification, perhaps was used once and has sat forever since? That’s what I’m talking about. You could have been smarter than that.

People say that time is money, but really—is it? People dine out because they don’t want to take the time to learn how to prepare meals, and take the time to actually prepare them. But were you making money with that time anyway? No, you probably weren’t.

The money you’ll save by not eating out is well worth the time. As the old saying goes, a penny saved is a penny earned. So if that time were unproductive/unpaid time anyhow, then using that time to save money is in fact, getting paid. You’re paying more for convenience in exchange for not being productive. As my grandfather would say, “Get with the program,” or as I would say, “Stop being a pussy and do it.”

I understand that there are different readers in different stages of life, so I can’t preach to everyone based on my situation today. But I was once well worse off than where I am now. As of now, I have an average income in my market. An average single income, but I support a family of five on that average single income. People tell me that’s impossible these days, but I’m doing it. I was also once well below the average income when I started building my family and making my goals, and getting smart with money.

For those of you who are unmarried, if you get married, for crying out loud do it cheap. I’m not saying have a shitty wedding, I’m just saying do it cheap and control your expenses. First off, don’t have a wedding planner. Wedding planners cost money, and they tend to network in their buddies in the business to perform services, who also cost a good deal of money. They also pay each other to refer each other, at your expense.

Yes, the “stop buying lattes” phrase that Leftists hate legitimately works. I used to drink 2 or 3 tall vanilla lattes from Starbucks everyday. I switched to home brewed black coffee. I’m just saying $280 a month adds up when you’re saving. These days I drink water instead of coffee (from the tap, because I’m not a pussy).

I got married for the cost of a license and an officiant. Of course, that wasn’t the wedding, but already being married when we had the “for show” wedding took off a whole lot of pressure. We were able to put in the work for it to be fun, without being bent on having it be perfect. This easily saved us thousands. Starting a marriage in debt is pretty fucked up. An expensive and lavish honeymoon is also pretty dumb when you can literally have sex anywhere.

My wife and I found a small two bedroom duplex where we moved into, where we lived when all three of our kids were born. At the time we moved in, my income was only half my market average. Yet, it was still a single income. We sought out and found a good deal where rent was kept low in exchange for myself doing a good deal of maintenance. It’s amazing what happens when you can reset a water heater (and the neighbor’s), and dehumidifying spaces yourself to keep mold away in a humid environment. Keeping your landlord’s expenses low is a good way to see your rent not jump as high. Imagine that.

We were not only able to get by on my income, but we were also able to set aside money to invest. Because we’re badasses.

Economics isn’t a mathematical science. It’s a behavioral science. So put on your badass behavior. The badasses benefit and the pussies get left in debt. That’s how it goes. The pussies whine and complain about badasses like me while they spend their money on streaming subscriptions, video games, going to sports games, dining out constantly, attending concerts, etc. Shut up pussies.

Couple the money I invested with the new job opportunities I took from working my ass off (no college degree) and now we’re at the very end of 2019. I’m making about 80% of the average income in my market, but I have some badass money set aside, like a badass. COVID was breaking out in China. I decided now was the time to own my own place, as I anticipated COVID making it to America. Though, I had no idea it would turn into the bullshit fiasco it has. Also little did I know that the first COVID cases would be in my state. The feeling was in my gut that it was time to be a homeowner.

I did evening blitzkrieg tours with my realtor, visiting several homes on the market every evening. We found a good starter home that fit our immediate needs for a good price, and made an offer. They accepted our offer, but the roof was at the end of its life (we even had to nail a few new shingles up before moving in, before it started snowing). Ultimately, we asked the seller to leave money from the sale into escrow to pay for the roof as a condition of closing, and they did. They also got a little of that money back, because we got it done for cheaper than what they left. This is what being a badass looks like.

Today, I’m still supporting a family of five on my single income, right at the average single income level. We own our home. We own our cars. We have very little debt. I have an investment account, my kids have investment accounts that I contribute to every payday. Why? Because paying yourself first is badass. Spending your money and then complaining about not having as much money is for pussies.

My investment strategy relies on the fact most people won’t take my advice, which is a safe bet. McDonald’s is never going away. Walmart is never going away. People are always going to buy whatever gives them a sense of status, no matter how temporary or trivial. People will continue spending their money on frivolous shit that makes money for big companies. People who look at their paycheck and wonder how much they can spend instead of how much they can save/invest are pussies.

For those of you who want to be badasses, own a piece of those companies the pussies spend all their money on. Take money from the pussies. They weren’t missing it anyway.