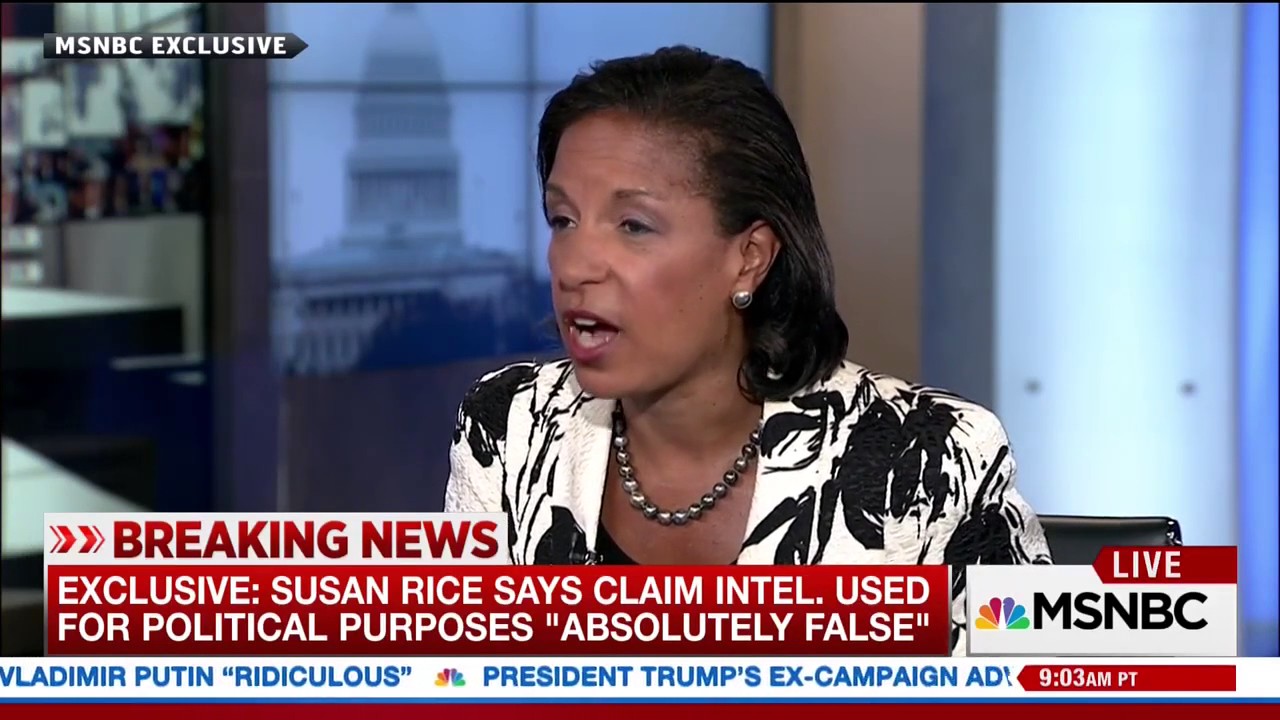 Former National Security Advisor to President Barack Obama, Susan Rice, went on MSNBC on Tuesday and denied leaking any intelligence about the Trump transition team who were caught up in incidental surveillance of foreign targets. Rice also claimed that what happened was “absolutely not for any political purposes, to spy, expose or anything.” (RELATED: Report: Obama National Security Advisor Behind the Unmasking of Identities Connected to Trump Transition Team)

Rice said reports she would receive would occasionally refer to “U.S. persons” who were caught up in legal surveillance. Occasionally, she would make a request to the intelligence community for the identities of those people in order to get more context for the reports and to determine if that person was a danger to national security, explained the Washington Examiner.

“The intelligence community made the determination whether the identity of that U.S. person could be provided to me,” Rice said.

She added it was “absolutely not for any political purposes, to spy, expose or anything.”

When Rice was asked if she was the one who leaked former National Security Advisor Mike Flynn’s name, she responded, “I leaked nothing to nobody, and never have and never would.”

Rice would also go on to deny that the Obama administration ordered Trump Tower to be placed under surveillance during the election, as alleged by Trump in a series of tweets last month, said the Washington Examiner.

“Absolutely false. The intelligence community, the director of the FBI, has made that very clear,” she said. “There was no such collection or surveillance on Trump Tower or individuals … directed by the White House.”

Liberty’s Case for the 2nd Amendment