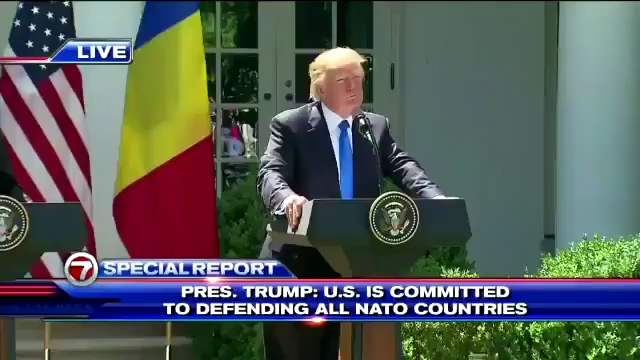 President Donald Trump is hitting back at former FBI director James Comey, whom Trump fired, regarding Comey’s testimony made yesterday under oath.

Trump pushed back against the comments made by Comey to the Senate Intelligence Committee, which were under oath, regarding the President asking the former head of the FBI to essentially leave alone the investigation into Trump’s former national security advisor Gen. Mike Flynn. Trump also explained that he never asked Comey for loyalty as has been reported by many outlets.

The President also mentioned that he would be willing to give his account under oath as well, setting the stage for more political fireworks.