“For all the cable-news talk of smoking guns, top Republicans were authentically relieved by what they read in the afternoon bombshell,” Allen wrote in his morning newsletter. “Their reaction puzzled me at first, but here’s a truth bomb: Comey’s seven-page, 3,100-word statement describes unusual, unprecedented and, to most, disturbing behavior by the president. But it presents no new information that proves a crime.”

The Senate Intelligence Committee published the statement Wednesday ahead of a hearing where Comey is expected to testify about his relationship with Donald Trump prior to his firing and whether he felt pressured to end the Russia investigation.

Comey’s statement includes a detailed description of a private conversation Comey had with Trump in which the president said he demands “loyalty.” Comey also recounts that Trump asked him to not implicate General Mike Flynn in the FBI investigation into Russian interference into the 2016 presidential election. More details on the private conversation are expected to emerge during Comey’s testimony in front of Congress today.

“The road ahead is long,” Allen concluded in his comments on the testimony. “Comey’s statement is captivating, but not grounds for impeachment. The threshold for any action is much higher than many think, because Republicans alone will set it.” 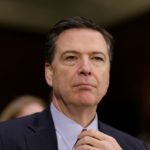 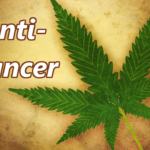