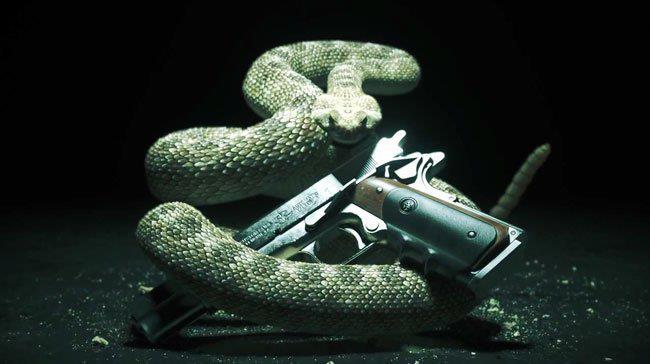 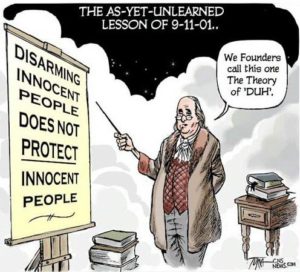 The 2nd Amendment is perhaps the most contested portion of our constitution today. Even among the astoundingly divisive platforms of conservatives and liberals, no statute possesses such a stunningly dichotomous interpretation as does the right to bear arms. And while I am neither academically acquainted with constitutional law, nor do I possess a Juris Doctor, I will attempt to lend a libertarian perspective as to its importance and necessity.

The creation of the bill of rights was a necessary reaction to the effects and influences of Britain’s monarchy. No longer would those living in the new world allow themselves to function under the brunt of royalty, whose will was law by a metric so arbitrary as blood. Thus, this country’s forebears scoured the works of countless philosophers of ageless wisdom and intellectual insight into the complex workings of governance. First, they turned to the Greeks and to the Romans for whom absolute democracy ran unchallenged, but they encountered several logical quagmires. Primarily, under majority rule, the will of the minority is inherently ignored. Therefore, if the government were to function as the sole executor of force, minority populations would be severely at risk. It is widely assumed that the United States is a democracy, for precisely this reasoning, we are not; we are a representative republic. Second, and of most pertinence, military might was restricted to the ruling party; should the government succumb to tyranny, there existed no means of resistance. Hence, notwithstanding the higher complexities of Locke, Hobbes, and Montesquieu, the founding fathers sought to design a necessary stopgap against the fortuitous development of tyranny within the United States government: the 2nd Amendment. In my experience, the arguments against it are generally as follows: guns purportedly foster violence, it is ostensibly safer to not have a gun than to have one, and that its original meaning is antiquated. I will address each.

The claim that guns foster violence is an interesting one. As recent events can obviously illustrate, proceedings of mass tragedy involving firearms are followed by calls to ban the tools “responsible for such destruction.” The mutual despondence of Americans in the wake of the mass murder of children, for instance, is a very powerful force. The nation collectively contemplates its existence and its statutes, seeking to ensure that such an event will never happen again. It is easy to resort to emotions when we are upset. However, it is in these times when logic is of paramount importance, for situations are not solved with emotion, they are solved with reason. Statistically speaking, mass shootings are anomalies, and it is foolish to make sweeping policy changes with regard to probabilistic aberrations. Therefore, we must turn our attention to the day-to-day gun crime that occurs within the country, upon which the situation demystifies. The overwhelming majority of gun crime in the United States is perpetrated with illegally obtained weapons. Tightening laws on legal gun sales would logically affect legal users of firearms and by extension legal gun use, not illegal gun crime. For instance, Chicago has among the highest homicide-by-gun rates in the world yet simultaneously possesses among the most stringent gun restrictions. Clearly, there are more variables at play. In retort, one may cling to the case of Australia, who decided to ban guns after an instance of national trauma. It is true, gun violence went down, but this conclusion is superficial. Obviously, if you ban guns, gun violence will go down because there are fewer guns available. However, overall crime rates did not statistically shift. I can easily juxtapose the United States and India, a nation that has a complete block on gun sales that has staggeringly higher rates of murder and violence. I can easily juxtapose Switzerland with the United Kingdom, the former possessing staggeringly higher per-capita gun ownership yet staggeringly lower rates of crime. The fallacy of linearly correlating guns with crime is a simple assumption of statistics: confounding variables exist. For example, there is a positive correlation between the frequency at which Nicolas Cage movies are released and deaths by drowning. However, causality cannot just be assumed (but who knows, those movies are pretty goddamn bad).

I can address the second contention to the 2nd Amendment in far greater brevity. The idea that guns should be banned because it is statistically safer to not own one is absolutely ridiculous. It is statistically much safer to not own a car than to own one. Cars are obviously not a subject of restriction. In fact, deaths by car far outweigh deaths by gun. As Ben Franklin eloquently put, “Those who would give up essential Liberty, to purchase a little temporary Safety, deserve neither Liberty nor Safety.” In this case, the argument strays from speciousness to stupidity. Lack of safeness does not preclude necessity.

The final argument against the 2nd Amendment, naturally, possesses more nuance. It is very difficult to claim that the constitution is timeless in nature without devolving into an unending philosophical debate. Therefore, I will not do so. Instead, I will draw focus to the current political climate. It is not a secret that left-wing celebrities and progressives have advocated for revolution in response to the ascension of our current president and his respective policies. Hilariously, this desire is borne of the original intent of the 2nd Amendment. How do you plan to overthrow a government you deem tyrannical without firearms? This is not too stellar a logical leap. The 2nd Amendment is the byproduct of a disgust with the unilateral execution of force through a ruling party. The British Monarchy had the power to introduce and execute any law it desired with indemnity. Our founding fathers sought to ensure that, should the government act against the will of the people, there were measures to resist. The right to bear arms is timeless indeed.

WATCH: Susan Rice Claims Unmasking of Trump Team Was “Absolutely Not for Any Political Purposes” and That She Leaked “Nothing, to Nobody”