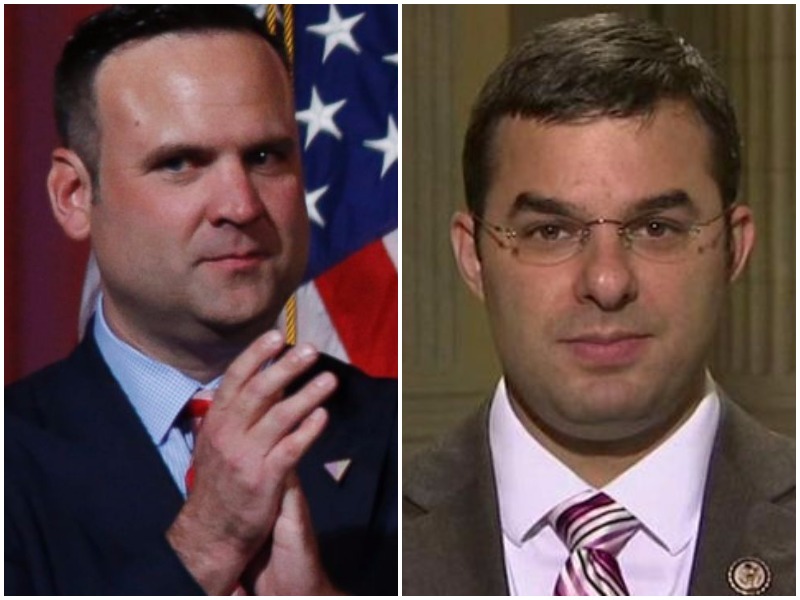 UPDATE 3:00 PM EST: While it appears that accusation against WH Social Media Director Scavino alleging that he may have violated the Hatch Act may hold some water, the accusation that Rep. Justin Amash broke House rules by potentially misusing “an official resource for campaign fundraising,” does not appear to do so.

The account which Amash tweeted from (@justinamash) appears to be his personal account, not tied to any of his public service resources. Amash does have a separate account (@AmashOffice), which does call itself the “official account of the Office of Rep. @justinamash,” but there appears to be a clear distinction between the two. 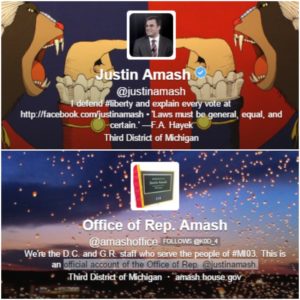 A press release from Citizens for Responsibility and Ethics in Washington (CREW) states that the watchdog organization has called for an investigation by the Office of Congressional Ethics (OCE) and Office of Special Counsel (OSC) of Rep. Justin Amash (R-MI) and White House Social Media Director Dan Scavino for what it calls “violating rules against using social media for politics.”

The following tweets have Amash and Scavino in the direct sights of CREW.

Bring it on. I'll always stand up for liberty, the Constitution & Americans of every background. You can help here: https://t.co/ECxQGXE5XH.

.@realDonaldTrump is bringing auto plants & jobs back to Michigan. @justinamash is a big liability.#TrumpTrain, defeat him in primary.

The complaint by CREW to OSC states that Scavino likely partook in political activity prohibited by the law by tweeting the Amash “is a big liability” and that President Trump’s supporters should “defeat him in [the next] primary”from an account that showed him standing in the Oval Office next to the official presidential flag, and had a header photograph showed Trump giving a speech behind a lectern showing the official presidential seal. After being called out by ethics experts, Scavino removed the photograph with the official seal and changed his Twitter bio to refer to the campaign.

Scavino’s post then dragged Rep. Amash into the fray when he used his official Congressional business account to respond, “Bring it on. I’ll always stand up for liberty, the Constitution & Americans of every background. You can help here:” with a link to donate to his campaign. The statement from CREW believes that this was a violation of “House rules by using an official resource for campaign fundraising.”

“The rules are clear that government officials aren’t allowed to use their position for campaign activity,” CREW Executive Director Noah Bookbinder said. “In the case of Scavino and Amash, it appears that they both are in the wrong.”

The Hatch Act prohibits any executive branch employee, such as Scavino, from “us[ing] his official authority or influence for the purpose of interfering with or affecting the result of an election.” While the White House claims that it was not a Hatch Act violation because the tweets came from a personal Twitter account, according to the OSC, the prohibition applies to political activity on a personal account such as Scavino’s when the employee refers to his official title or position. Scavino did so by using the photographs, particularly the one showing him in the Oval Office next to presidential flag which appears next to the tweet every time it is viewed.

Subsequently, they accuse Amash of violation House of Representatives rules stating that “members [are prohibited] from using social media for political activity to ensure that congressional resources are not used for campaign activities.”

“While much attention has been paid to the intra-party squabbling between Scavino and Amash, the bigger issue may be the lack of respect for rules governing political activity,”Bookbinder said. “The separation of official and campaign business is a necessary factor in keeping politics out of official government activity, and needs to be respected at every level.”

READ THE COMPLAINT ON SCAVINO HERE:

CREW Complaint against Dan Scavino by Kody Fairfield on Scribd

READ THE COMPLAINT ON AMASH HERE:

OCE COMPLAINT AGAINST JUSTIN AMASH by Kody Fairfield on Scribd 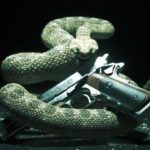 Liberty’s Case for the 2nd Amendment