Donald Trump may have just survived an assassination attempt, but the details at this time are still unclear. CNN reports:

Donald Trump was rushed off a stage here Saturday by Secret Service agents during a campaign speech after an incident in the crowd near the front of the stage.

A scuffle could be seen breaking out in the audience, but it was not immediately clear what happened. A law enforcement official told CNN no weapon was discovered. The GOP nominee was apparently unharmed and returned to the stage minutes later to finish his speech.

Trump was in the middle of his stump speech when the incident occurred. He then looked into the crowd, his hand over his eyes to block the glare from the stage lights, when Secret Service agents grabbed him and escorted him off the stage. Trump ducked his head as he left the stage.
The crowd surged backward, some supporters with frightened looks on their faces, as the Secret Service and police tactical units rushed in to detain a man.
The detained man was then rushed by a throng of police officers, Secret Service agents and SWAT officers armed with assault rifles to a side room. 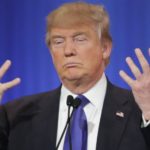 Trump in 2011 Argued in Favor of Amnesty, Said it Showed Compassion 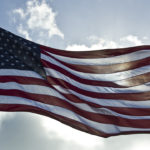 Fellow White Guys, I Kind Of Get It, But You’ll Regret Voting For Trump