One hundred and twenty naked women participated in a flash mob Tuesday to protest gender-based violence in Argentina’s capital of Buenos Aires.

Displaying a banner reading “Femicide is Genocide,” the mass of women gathered in front of parliament, the presidential palace Casa Rosada, and Argentina’s highest court, reported The New Yorker.

They then proceeded to strip to a soundtrack playing behind them. Clustering around the banner they were holding, the women collapsed to form a pile of bodies meant to represent victims of violence.

A woman on a loudspeaker outlined the problems of gender-based violence plaguing women. The women then rose and advanced towards their audience, finishing the performance with a long, angry scream.

The city of Buenos Aires also passed a bill in December 2016 outlawing public sexual harassment in an effort to prevent males from catcalling women. 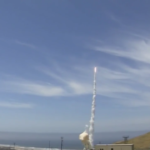 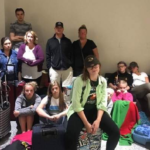