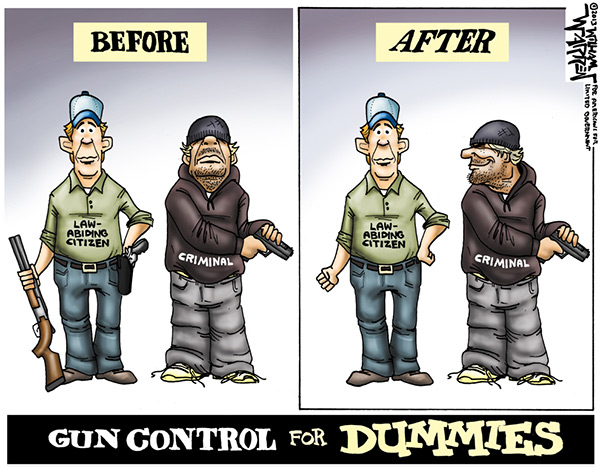 Missouri lawmakers heard a bill Monday to make some business owners liable for shootings on their property, reports Fox2Now.

The bill would make businesses who post signs prohibiting guns liable for injuries sustained by people on the property who would have otherwise been able to carry, says Fox2Now.

By posting signs, businesses would assume a duty to protect customers.

Fox2Now explains that it was only last year when Missouri decided to become a constitutional carry state, meaning anyone who is legally allowed to have a gun can carry it without a permit.

However, guns are still banned in places like schools and churches, and businesses with signs indicating they do not allow guns on the property.

“Criminals don’t obey laws,” Rep. Nick Schroer (R-O’Fallon), the sponsor of the bill said, according to Fox2Now. “We can put as many laws as we want on the books; look at the war on drugs, any other law we have on the books. Criminals are still fighting against them. These policies of making gun free zones or an area gun free, provide a sense of safety to those who engage in magical thinking.”

“Rather than punishing businesses for prohibiting guns on their property, legislators, I would ask you to focus on protecting our communities and keep us safe from gun violence by keeping guns out of the hands of dangerous people in the first place,” said Kristin Bowen, an activist with Moms Demand Action For Gun Sense In America, reports Fox2Now.

The bill received a public hearing Monday, but has not yet seen time on the floor, according to the report.

Checklisting Your “White Privilege” at U of Minnesota