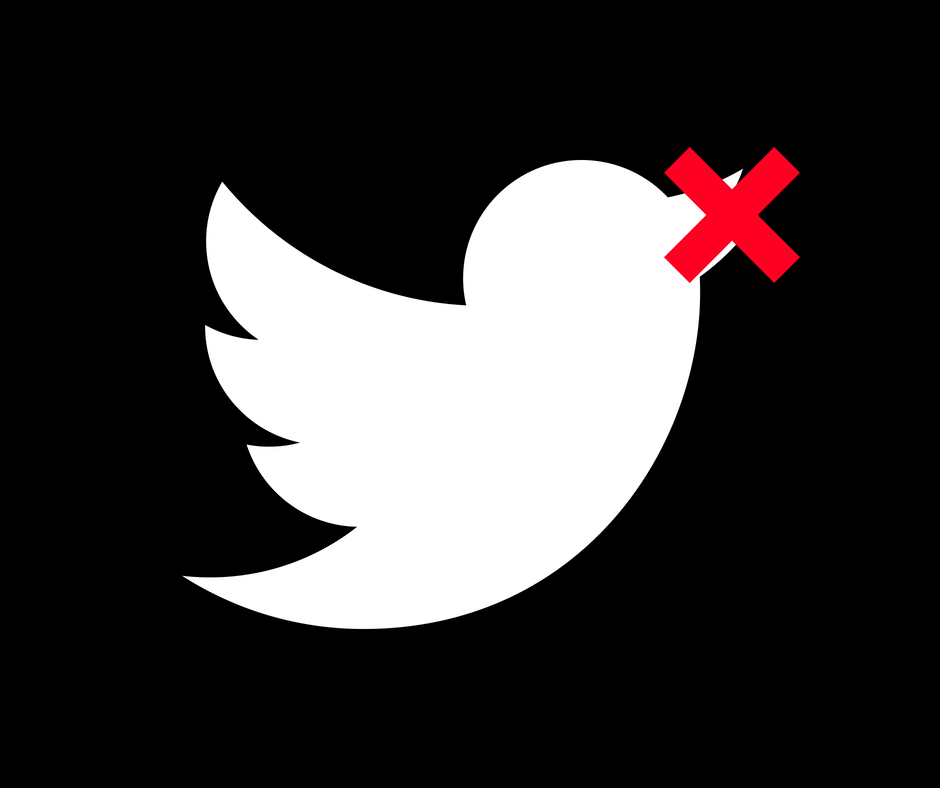 Even though the YouTube ban of Alex Jones took most of the limelight this week, other individuals lost access to their social media accounts as well. Radio host Scott Horton (Fool’s Errand, Libertarian Institute), whistleblower Peter Van Buuren (We Meant Well), and Liberty Report’s host Daniel McAdams were all banned from their Twitter accounts.

On Sunday, Glenn Greenwald started a treat on Twitter, stating that the Mainstream Media promoted the US wars in being silent. Peter Van Buuren reacted that he, as a former Undercover Agent in Iraq, relentlessly lied to media outlets. These journalists weren’t interested in their lies; they just wanted a story to publish in their latest issues.

However, this led to journalists openly condemning Van Buuren. According to Van Buuren, they stated that “he cannot be trusted earlier as a whistleblower. Therefore, they cannot trust him right now”. One of the journalists reported his comments to Twitter. According to Jonathan M. Katz, Van Buuren was too violent when he “hoped that a MAGA guy eats his face.”

Support for Van Buuren followed soon. Daniel McAdams tweeted: “A little b*tch like Katz gets is ass handed to him in a rough debate and he goes whining to the Gestapo.” Soon, Twitter banned McAdams as well.

As of this writing, both McAdams and Horton haven’t tweeted since August 6, the day Twitter banned their accounts. They still don’t have access to their account. However, Peter Van Buuren has completely vanished from the platform. 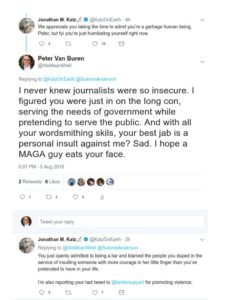 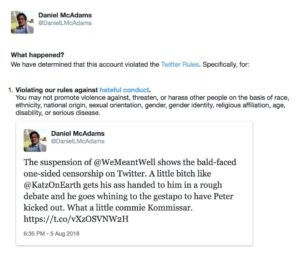