“A person who won’t read has no advantage over one who can’t read.”

I’m not saying that I’m a voracious reader, but when I was a child, I set a goal to read every book at the local public library. I think I had read about a fictional character doing such a thing (perhaps Encyclopedia Brown, a kindred spirit if there ever was one) and thought I was up to the same task.

Lest you think that the “square” in Laissez-square is not earned, consider this: in maybe sixth grade, I  volunteered to help tutor kids at summer school in exchange for…a key to the school library. (And the occasional treat from the cafeteria freezer that the principal was willing to share on the sly.)

And if that’s not square enough, I also tore through comic books at a fierce pace around that same age. But mostly Archie comics, which were never particularly cool in any decade. (How they managed to take that  pablum and turn it into something semi-hip with Riverdale, I’ll never know.)

As I grew older, this love of reading led me many places:  books about history, government, biography/autobiography, mystery, horror,  current events, and so forth. I read magazines, including National Review and Hillsdale College’s Imprimis. My mother has always kept a pile of cheap paperbacks around the house, and I read some of those too. (Some trashy romance novels included…a few of which were surprisingly salacious, especially considering it was a more conservative time.)

My family always watched the evening news. I remember mimicking Walter Cronkite’s habit of shuffling of papers around on his anchor desk. We got the regional paper every day, too. (Back when Cape Girardeau had two dailies…the Southeast Missourian and the Bulletin-Journal. I was always a Bulletin-Journal guy.) Not to mention the local paper, the Illmo Jimplicute, which published a couple times a week and gave a sometimes uncomfortably up-close view of the goings on around our weird little town.

As a result, I am what you might call an “information junkie.” I like to know things. The internet was a particular godsend for folks like me. Instant unlimited information that is also (mostly) free. What’s not to love?

In my post-internet adulthood, I established a certain morning routine that feeds this habit:

Step #4 is the most important part of the morning. I have a list of sites I visit more or less every day. They are:

Yes they are liberally biased, and have really kicked that into an almost laughable overdrive under President Trump. Somehow they are now often to the left of even MSNBC. But it’s wise to peek behind enemy lines once in a while. More on that below.

If you get most of your news from here, well, you’re screwed. It’s mostly used for passing around hoaxes and conspiracy theories these days. And memes.

Almost as a side item, it’s sometimes nice to be able to keep up with friends and relatives.

It will be fun to see if they start cracking down on political content following their ominous change in the terms of service effective October 1 of this year.

“I stayed off Twitter for the longest time, as I perceived it to be a shallow den of celebrity worship. It still is.

However, it is somewhat fun/terrifying to see a sitting president have a mental breakdown in real time. So it has that going for it, which is nice.

Two-and-a-half years later, nothing has changed. I have a lot of good political follows there, though.

I’d like to think I’m a good follow too, but my number of followers says otherwise. If I had feelings, this would hurt them. (Hint, hint.)

The less I say about this place, the better. I steal a lot of memes from there, though.

They are also liberally biased, but they are still by and far the best source for news out of St. Louis and eastern Missouri. Plus I have a friend who works there.

I actually subscribed to the digital edition a ways back because I got sick of fighting their paywall. Plus, you can’t constantly threaten to cancel your subscription if you don’t have one.

They are also liberally biased (what a shocker, I know), but I lived in the Memphis area for five years, and I still like to see what sort of mischief goes on down there. Hint:  a lot.

My local paper, mentioned earlier. They are notable for being conservatively biased. (Really, there is such a thing.) Plus I have several friends/acquaintances who have also worked there over the years.

I also subscribe to the digital and print editions of this fine paper. Because I hate paywalls and the environment.

Mr. Lileks is a writer/author/columnist from Minneapolis whom I’ve been reading since about 1995. “The Bleat” is a long-form blog published daily since about that same time. (Calling it a “blog” is somewhat misleading, though, because he started this before anyone really knew what a blog even was.)

I enjoy his style and agree with him on many things. Plus, he may be one of the only persons on the planet who is more…how you say…relentlessly organized than I am.

Scott Adams is a very smart but also very weird dude, who has really gone the extra mile in alienating people since Trump became president by relentlessly supporting Cheeto Jesus. I don’t want to get too deep into his reasoning, but it’s something about Trump being able to bend reality to his will with his superhuman persuasion skills. (Which Adams coincidentally claims to possess on much the same superhuman level.) If you want to really go down the rabbit hole, dive into his blog here: Scott Adams Says. Tinfoil not included.

Casting all that aside, his relentless esoteric Trumphumpery hasn’t gotten in the way of keeping Dilbert a top-notch comic strip. It speaks to me on several levels.

Matt Drudge has his own issues, but the Drudge Report has been a go-to daily dive for me since 1996. He was overly optimistic about Romney in 2012, but has made it up to me since then by becoming a Trump skeptic.

My local TV station, a long time CBS affiliate. I have been watching them long enough to remember when they used Steely Dan’s “Peg” as bumper music. And yes, I’ve had friends who worked here too.  (Seeing a theme?)

This list is not all-inclusive. I bounce around the interwebs all the live long day, hoovering up all sorts of information from across our fair planet. Sometimes when I suffer delusions of grandeur, I think of myself as Mr. Universe from the movie Serenity:

“Can’t stop the signal, Mal. Everything goes somewhere, and I go everywhere.”

You probably noticed that I flagged several of my daily haunts as “biased” one way or the other. A word about that: as long as you are aware of a source’s bias, you can adjust for it and filter out the worst of it.

If I decided to boycott everything that offended me politically in some way, I’d have nothing to watch on TV, nothing to watch at the theater, no music to listen to, no sports to watch, and no place to get news. Grow a pair, put on your hip waders, and slog your way through it.

In fact, I think it’s important to go out of your way to read points of view that you don’t agree with. Otherwise, you end up in an echo chamber or a feedback loop that you may never escape from. If your ideas can’t survive differing opinions, your ideas may be trash. Feed your brain like you would your body: mix things up a little bit.

On the subject of cranial flatulence: the brain food most likely to give you that, in my humble opinion, is talk radio. (With the obvious exception of our gracious host Austin Petersen, whose show is nothing but a bright ray of sunshine.) Much of the rest of talk radio is like shoving White Castles right into your noggin and then rinsing it with prune juice. I can usually tell which of my friends get all of their opinions from that medium. They tend to use the same set of talking points, and in ways that are often well outside their usual grasp of history or current affairs. Such as going on about the “Saul Alinsky playbook” or the “drive-by media.”

To me, talk radio seems to be a way of fomenting continuous outrage. Or, to really double (or triple) down on the fart analogy: it’s like one never ending (and very loud) air biscuit.

I live just down the street from Rush Limbaugh’s childhood home, and I appreciate his sense of humor and what he’s done for talk radio, but he has become largely insufferable since hitching himself to the Trump Train. And he’s probably the least odious of the big talkers. (Don’t even get me started on Hannity.)

When seeking out differing opinions, I try to find persons who are are open to admitting that their side is wrong once in a while. It’s a surprisingly short list. But the ability to call B.S. on your comrades carries extra weight with me. (In legalese, this is called an declaration against interest.)

During the George W. Bush administration, I often read Patrick Buchanan and Joseph Sobran to see how Dubya was being criticized from the paleoconservative right. During the Obama administration, one could do the same with Camille Paglia or maybe Bill Maher. During the Trump Terrors, is no shortage of “Never Trump” Republicans out there, the most acid-tongued of all probably being Rick Wilson. George Will and Peggy Noonan are more sober in their critiques from the right.

Naturally, libertarians criticize everyone. Especially ourselves.

So, by that logic, are we among the most reliable groups out there to get information from? I say “yes,” but opinions vary.

Even with us, you might want to at least take a sniff to make sure we’re not also expelling cerebral gas in your general direction. 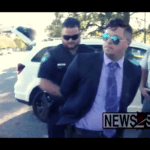 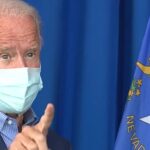