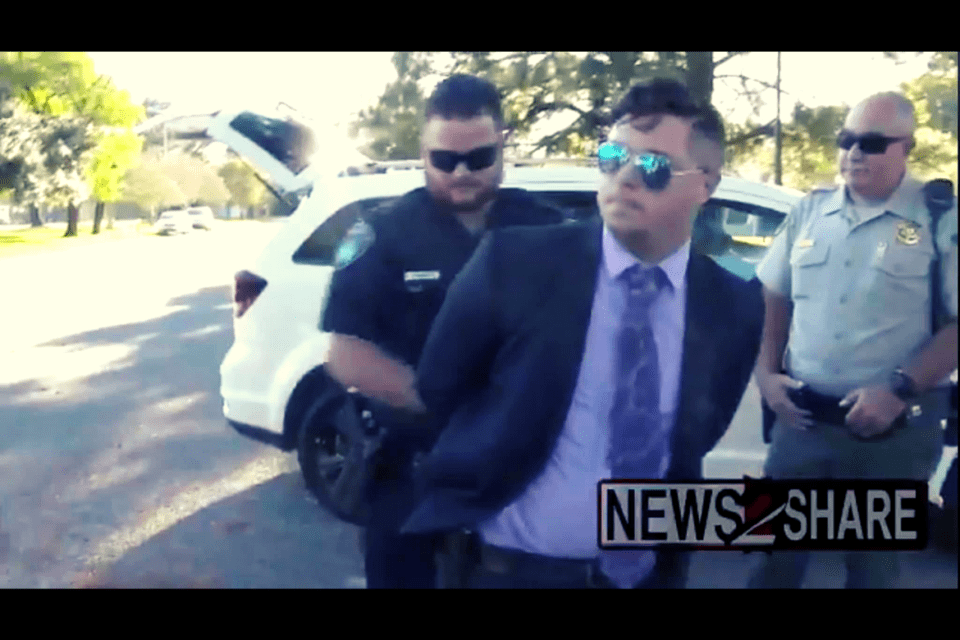 Mike Dunn was taken into custody by Newport News police for open carrying a firearm in spite of the fact that Virginia is an open carry state.

Before his arrest, Mr. Dunn questioned the officers on the scene about their duty to uphold the U.S. Constitution, stating that the city ordinance was a violation of his rights protected by the second amendment.

“Yesterday at my campaign bus stop in Newport News, VA, a supporter of mine was arrested for open carrying a firearm… in an open carry state.

Despite the fact that the 2nd amendment clearly states that the right of the people to keep and bear arms shall not be infringed, and despite the fact that Virginia allows open carry, the city of Newport News has passed an unconstitutional ordinance banning open carry on city-owned property. Newport News Police allege that he refused to comply with this ordinance, and he was arrested.

This arrest happened about an hour before my event started when we were still getting ready. I ran to the scene of his arrest and tried to reason with the officers, but unfortunately they put their orders over their oath to the constitution.

Everyone is innocent until proven guilty in a court of law. If he were to be found “guilty”, it would only be of the “crime” of refusing to comply with an illegal ordinance that violates our right to keep and bear arms.
The irony of the fact that this arrest was carried out by nearly a dozen officers who were all open carrying is not lost on me.

This arrest is a reminder that most of the tyranny we suffer on a daily basis is local, and it is crucial that we elect people to office who will dismantle these blatant violations of our rights. It is also crucial for law enforcement to remember that the constitution, and the bill of rights, is the prime law of the land.
Common sense gun control is We The People, armed with whatever we wish and in whatever manner we wish, deciding what weaponry we allow government to carry. When we achieve this, things like police brutality and politicians robbing us to hand bailouts to crony billionaires will be a thing of the past.
Attention politicians and government agents: the constitution is the prime law of the land, and you swore an oath to defend it. Obey the law and do your damn jobs.”

You can watch the full encounter between Dunn and the police below:

The state of Virginia does allow citizens to open carry without a permit.