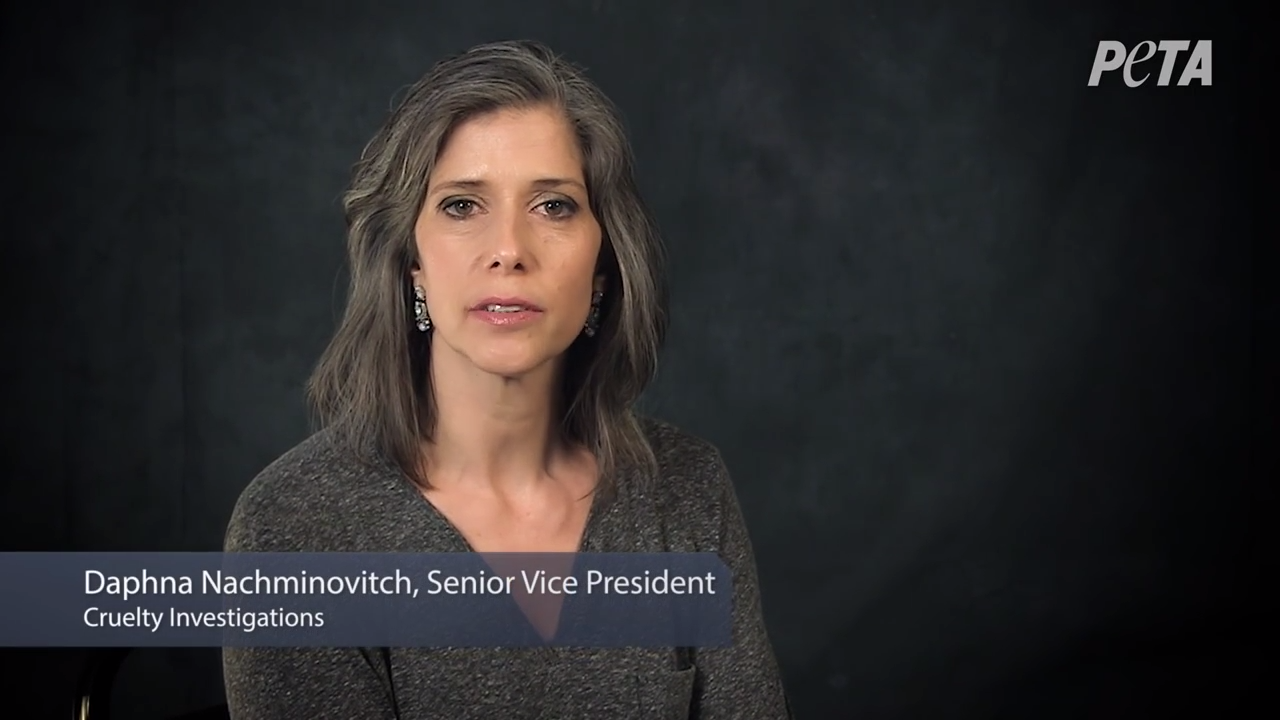 EDITOR’S NOTE: Following an article, “PETA ‘Routinely Euthanizes Healthy Puppies and Kittens’ Says Ex-Employee,”published through The Libertarian Republic, we were contacted by PETA, where they shared their concerns about the story. In the interest of impartiality, TLR chose to allow PETA to write their own Op/Ed to allow the readers to have a full spectrum of information, allowing each individual to come their own informed decision in the matter.

Everyone who has ever loved a dog or any animal and who claims to oppose blatant cruelty to animals should support PETA, contrary to Andrew Follett’s March 28 guest post opinion. Follett was regurgitating fake news put out by a much-mocked front group for the meat and tobacco industries. This group is funded by industries that kill hundreds of millions of animals every year and are scared of the impact that compassionate consumers are having on their industries. PETA tells the truth to grown-ups: that chickens are scalded alive in slaughterhouses and calves on dairy farms are taken away from their mothers when they are just 1 day old—and people are responding by choosing more vegan foods. Industries that fear change fear this progress, and rather than stopping their abusive practices, they pay a front group to try and “shoot the messenger” through smear campaigns. Don’t fall for it.

Animals suffering in the meat, fur, and other cruel industries need someone to speak up for them, just as cats and dogs who are suffering in the communities surrounding our headquarters in Norfolk, Virginia, need strong people who will help them—even when that isn’t easy.

We serve some of the poorest areas in southeastern Virginia and northeastern North Carolina—including some without an animal shelter, a humane officer or even a veterinary clinic. Last year alone, PETA spent more than $2.2 million helping animals in these communities.

More than 2,000 struggling families were able to keep animals they would have had to give up last year because PETA provided them with free veterinary care, including repairing prolapsed organs, treating life-threatening uterine infections, removing tumors and ruptured growths, performing drainage surgery for hematomas and infected wounds, and treating ear, skin, and upper respiratory infections. We also counsel people on ways to handle their animals’ behavioral quirks and housetraining difficulties; groom cats and dogs who are covered with tight, painful mats; show people how to trim overgrown nails; and much more.

PETA’s fieldworkers go out every day and are on call 24/7. They routinely encounter animals suffering in conditions so hideous that they almost defy belief: emaciated dogs tethered by chains that weigh nearly as much as they do surrounded by piles of junk and shivering in the cold with no protection from winter storms; “outdoor” cats whose faces are half eaten away by cancer; elderly dogs who’ve spent their lives trapped in tiny pens, covered in their own waste, with nothing to eat but soggy kibble tossed on the ground and nothing to drink but putrid, algae-contaminated water; and the list goes on.

Whenever possible, our fieldworkers work with animals’ owners to make their dogs’ lives a little less miserable. They provide free sturdy, custom-built doghouses and straw bedding to give dogs some relief from the elements, replace heavy chains with lightweight tie-outs, and administer flea and flystrike preventive medications, food, water, and more. And they always try to persuade people to let their animals live indoors with the rest of the family.

But a lifetime of neglect and abuse takes its toll, and for animals like Trina, a dog with a mammary tumor the size of a cantaloupe, and Chi-Chi, who was suffering from advanced lymphoma and congestive heart failure, a painless death through euthanasia is the kindest thing anyone can do.

That’s why PETA also provides, free of charge, a “shelter of last resort” for animals who need euthanasia. Our doors are open to every animal in need, including dogs who are brought to us dying from painful cancers or advanced heartworm disease after being chained or penned up outside their entire lives; feral cats ravaged by feline immunodeficiency virus, feline leukemia, or other contagious and fatal illnesses; and animals whose guardians have been referred to us by other shelters or even veterinarians because they can’t afford to pay the going rate to end their beloved companions’ suffering. I invite readers to visit our website and watch our video to see some of the animals whose terrible suffering we’ve alleviated.

Just as a hospice for humans has a high mortality rate, so, too, does a shelter that primarily takes in animals who are geriatric, catastrophically injured, diseased and dying. For some of the animals we serve—who’ve spent their lives in isolation, neglected and deprived of all that makes life worthwhile—it is the only kindness that they have ever been shown. Others are beloved family members, whose guardians cradle and comfort them in their final moments.

These are the animals who are often refused entry by “no-kill” shelters precisely because they need euthanasia and admitting them would lower the facility’s “live-release” statistics. Someone has to help these animals, and in our area of Virginia and North Carolina, that’s PETA. We are honored to provide the dignity of a painless death when life has no more to offer.

When adoptable animals come our way, we transfer them to high-traffic shelters for a chance at finding a loving home or we find excellent homes for them ourselves. But we know that the key to preventing animals from ending up homeless, neglected or abused is to get to the root of the problem, and that’s why we operate a thriving spay/neuter program.

Our fleet of mobile spay/neuter clinics travels to low-income communities, and we also provide free round-trip transportation for animals whose guardians don’t have a vehicle. The clinics have sterilized more than 139,000 animals in the last 15 years—including more than 15,100 last year alone—all at little to no cost to their guardians.

Every caring person longs for a “no-kill” nation, but the only humane and sustainable way to achieve that is by creating a “no-birth” one. We invite everyone to join us in improving and saving animals’ lives by helping to implement spay-and-neuter laws and laws that would end the sale of animals in pet stores, by having their own animal companions sterilized and by helping people who can’t afford it to do the same. Animals need all the friends they can get.