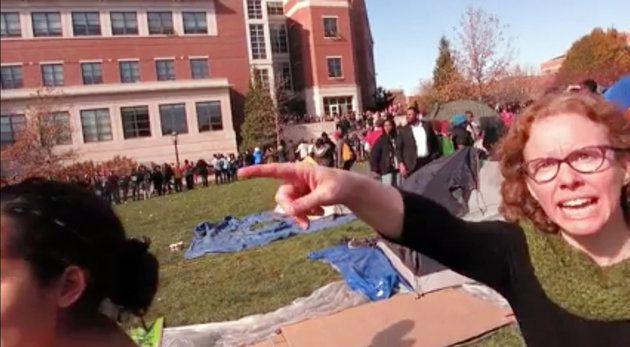 The Mizzou professor who made headlines when she was filmed interview with press during a protest on public property has been charged with third degree assault.

The city’s prosecutor has confirmed that Melissa Click, communications professor at Missouri University,  has been charged with third degree assault stemming from the incident where she physically restrained reporters for entering a public area.

Students at Missouri University, who had staged massive protests in the midst of racial tension, decided that the area reporters were attempting to access was a “media-free safe space.”

In the video which has been widely circulated online and by the media, Click not only forcibly prevents the media from doing their jobs, she also calls for “some muscle” to help her.

“Hey, who wants to help me get this reporter out of here? I need some muscle over here!” Click says on the video after grabbing the reporter’s camera.

Now Click will face charges for assault because she failed to understand the 1st Amendment.

Here’s the video of the incident:

Trump May Skip Fox News Debate Because of Megyn Kelly