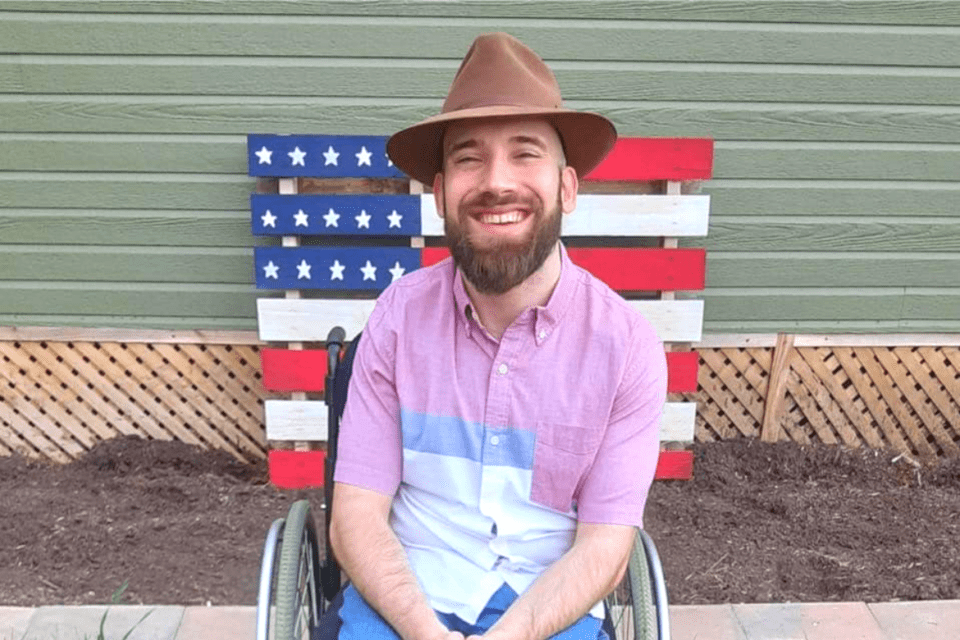 “I’m not the sort to back away from a fight.
I don’t believe in shrinking from anything. It’s not my speed;
I’m a guy who meets adversities head-on.”
– John Wayne.

These words by “The Duke” are not just an inspirational quote, but a creed I have strived to live by as my life with cerebral palsy has not been for the faint of heart. It has been filled with many challenges that I have overcome—others that I’m still tackling. Living with CP for the past 27 years has taught me several lessons that America would benefit from considering the current social climate of our country.

Our nation is facing troubling times. You don’t need me to tell you that. All you have to do is watch the coverage from the BLM/ANTIFA riots all over the country. It has been my observation that since the death of George Floyd, many good men and women all over the country have been exploited by a Communist organization without knowing it.

My experiences as a “disabled” man have taught me to have an extra ounce of empathy toward my fellow man. While I don’t know what it’s like to be a victim of police brutality, I do know what it is like to deal with unfairness and hurt due to circumstances which I have no control over. I have also been deceived and emotionally wounded by people I thought were friends who used me and then threw me away once they had gotten what they wanted. The feeling of incredible frustration, and even some anger due to lack of being understood, is something I understand all too well, having dealt with it from my teenage years into adulthood.

The need for criminal justice reform in America is real, but many of my fellow Americans are being taken advantage of by Marxists. I fear that my countrymen will not realize the bait-and-switch until the veil has been removed, and the masses see BLM and ANTIFA for the authoritarian organizations that they are. My concern is that by the time these good Americans who want to see bad cops brought to justice and reforms put in place realize the true objective of this death cult, it will have been too late.

The only genuine threat to the American Republic is that we would quite literally cut our own throat because we have allowed hate to conquer our hearts and begin viewing our neighbors as the enemy. There’s a real enemy among us, but it’s not your neighbor on the left or right of center, but those in our own government and leadership positions of groups such as BLM that want to burn our country to the ground. Those of us who still believe in individual liberty should talk to our friends and family who have been swept up in this movement of the authoritarian left. This requires that we stretch ourselves personally, intentionally exercising love for those with whom we disagree—compassion for the issues that affect our fellow Americans.

The issues we face in this country may seem impossible to overcome. You may have read all this and thought America has gone too far down this road to serfdom and thought all my talk of love and compassion is a load of crap; however, take it from a man who has been an overcomer since birth. Love and unity have to be at the forefront of the mission to preserve liberty. Libertarians should be in the business of building bridges to unite individuals—not walls to keep us divided.

It may not look like it right now, but I can assure you that if we remain determined to spread liberty and keep peace and love in our hearts, our best days are ahead of us! My life is a living testament to what one highly motivated man can do. Even if it appears the deck is stacked, I’ve got a few cards up my sleeve!