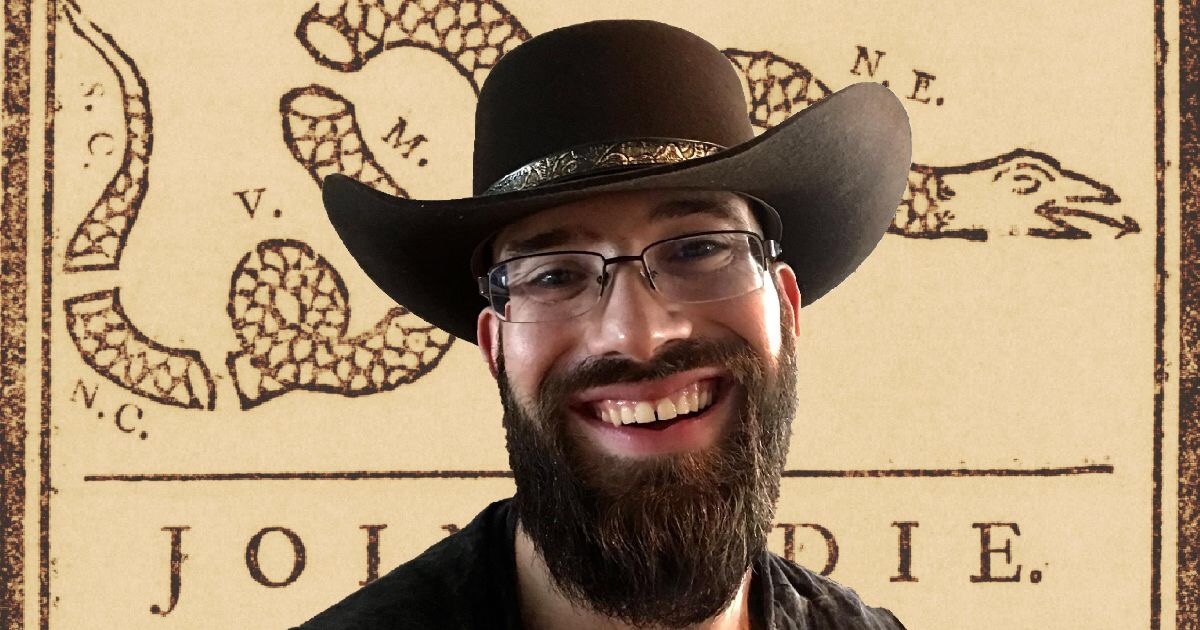 This is the story of a man who has one of the most unique perspectives on the ideas of economic and personal liberty that you will probably ever hear. To get to know this man, we must go back to the very beginning – to a tiny four-pound baby born ten weeks early, fighting for his life from the moment he entered the world.

I, Caleb Scott Shumate, was born to parents Scott and Sherry Shumate on December 24, 1992 in Greenville, North Carolina. As I mentioned, I had to fight for my life from day one because I was born two-and-a-half months premature which resulted in my diagnosis of cerebral palsy at 18 months old.

I was fortunate to have parents who have loved me dearly from the beginning, and have pushed and motivated me to become independent for as long as I can remember. I daresay that independent spirit instilled in me since my earliest days played an important role in molding the warrior for liberty that I am today.

For as long as I can remember, I have always had a deep love for history of all kinds, but especially American history. Perhaps it was partly due to my limited ability to play like most kids I went to school with, but my love for history was my primary source of entertainment in my free time because I always saw history as it is – a long and continuous story of individuals who lived and died, some of which did wonderful things and some great evil. It would come alive to me. I could almost feel I was in the places and times I was reading about. So while most kids played during recess, I had my nose stuck in a book of some sort.

I was a fun-loving child who loved life and always tried to be a friend to nearly everyone I knew. However, that started to change when I was 13, and my family had to move from the mountains of North Carolina where I grew up to the Eastern Coastal Plain. I left behind my grandparents (whom I have always been close to) and the friends I had known nearly my whole life. When I reached my junior year of high school, I was bullied pretty severely, which caused me to struggle with depression and suicidal tendencies. These worsened as I entered adulthood and fought with everything a young man deals with – from trying to find his place in the world to finding love and facing constant rejection.

I was placed on Medicare and Medicaid at the age of 18 against my will. Even before I became politically active in my early twenties or even knew what a libertarian was, and the racist history behind the Welfare State and its ties to eugenics and literal modern-day slavery, I knew in my heart that it was morally wrong for me to live off money that was not earned by my own labor. This flies in the face of every stereotype that people would expect from me as a “disabled” man. They would expect me to be okay with sitting on my ass and collecting a check from the government each month. I am not only dissatisfied with it, but I am also angered by it.

Why am I angry? I am angry because I have been unable to work and make a living in this world because, on top of all the struggles I face when it comes to finding work as a natural consequence of my disability, the Welfare State makes it impossible for me to even attempt to make a living. If I do find work and make above a certain amount, I lose my “benefits.”

You see, this is exactly how Progressives want it. Don’t believe me? Don’t take my word for it. Read the words of Royal Meeker, a Princeton economist who was the commissioner of labor statistics for Woodrow Wilson’s administration. He easily explained how policies such as the minimum wage and welfare state could be used to exterminate individuals like myself, the so-called undesirables – “It is much better to enact a minimum- wage law even if it deprives the unfortunates of work…better the state should support the inefficient wholly and prevent the multiplication of the breed than subsidize the incompetence and unthrift, enabling them to bring forth more of their kind.”

I can’t begin to describe to you, my dear readers, how livid, but honestly unsurprised I was by this discovery. To think that someone would be so evil as to use force to extort money from the American worker, and to then use that money in an attempt to keep the physically disabled from working so they could quite literally do with economic power what Hitler did with the gas chambers! I tell you, my friends, economic liberty is truly individual liberty, and I will not stop until the welfare state is utterly demolished.

I know firsthand how wasteful and inefficient these programs are. As I type this, I sit in an uncomfortable wheelchair that squeaks worse than an old rocking chair just from sitting down. Bolts that hold the back together have come out unassisted several times, and I can only get a replacement once every five years. This is just one of the many pains in my ass I have had to endure. I say this not for sympathy, but only to tell you that I know personally how much more effective personal charity is than government welfare. I know from life experience what it’s like not being able to get the help I need when I need it. The only honest and effective solution to these ills is the complete and total abolition of the welfare state and freeing up private social institutions such as churches, synagogues, etc. to do the work they want to do. We have unlimited rights, but our rights also come with certain responsibilities. If we want the government to get off our backs and do less, we as individuals must do more.

I am a libertarian because I believe that there is both good and bad in all individuals, but if given the freedom to do what is moral, more will choose the high road over the low one. I believe that being forced to do good for your fellow man at gunpoint is genuinely not good at all.

I want to say a particular word of thanks to Austin Petersen and my number one editor, Camellia Plosser. Thank you, both. Austin, for giving me a platform so that I can advocate for ideas we both cherish, for polishing my talent until I shine, as well as providing an avenue to better myself in life. But most of all, thank you for your love, support, and friendship. Camellia, thank you for making sure I always sound my best, and making sure my writing reaches its peak performance and is always crystal clear. I am grateful for your kind heart and love. Without the two of you and your encouragement, these words might not have been printed. I am truly grateful for that.

I also want to say a word of thanks to my family and friends who have known about my battles, loved me without fail, and supported me to get to this point. Thank you also to Bobby Aycock and Ken Tucker for seeing my personal gift for communicating when I couldn’t, and for being unwilling to allow me to waste them.

I have been through hell in my personal life, and it has hardened and strengthened me for this fight. Not unlike the signers of the Declaration of Independence, I pledge my life, my fortune, and my sacred honor to the pursuit of liberty. I was born a warrior forged in fire and I will never stop fighting until the battle is won! I have nowhere to go but up, and I see a bright future ahead. But, we must fight hard to come out on the other side. I am convinced through studying our history, that we will weather the storm – because that’s who we are when the chips are down. Victory or death!