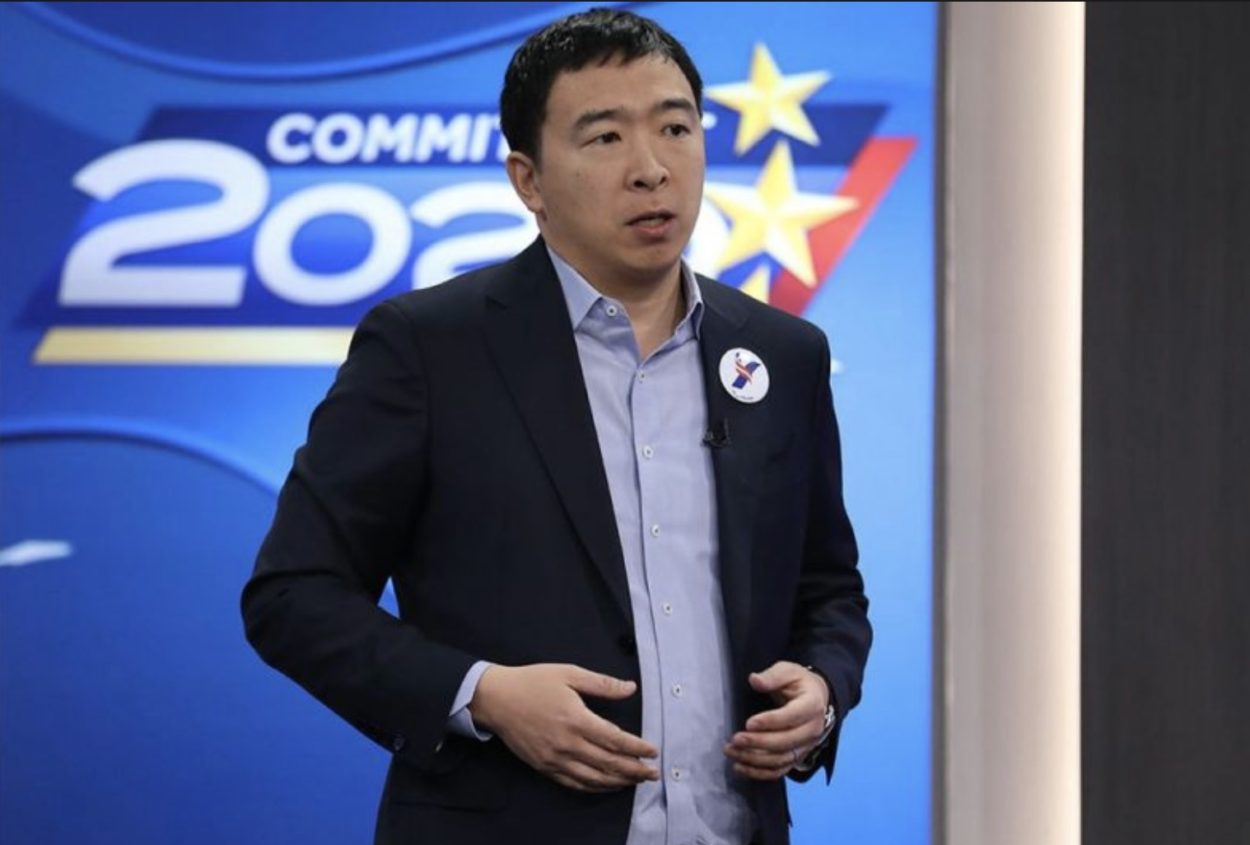 Democratic candidates can qualify for debates by either reaching the 65,000 donor mark, or by polling over one percent in three polls leading up to the June debate.

Yang is campaigning on a series of radical proposals, including offering every person a $12,000 universal basic income (UBI) in the form of a $1,000 monthly cash payment, which Yang calls a “freedom dividend.”

Yang has consistently stoked fear about automation, and predicts that driverless trucks will lead to “mass riots” and an “outbreak of violence” from unemployed truckers.

\”There’s going to be a lot of passion, a lot of resistance to this. Anyone who thinks truck drivers are just going to shrug and say, ‘Alright, I had a good run. I’ll just go home and figure it out’ — that’s not going to be their response,” Yang said in a February interview with podcast host Joe Rogan.

“It’s going to be much more likely that they say, ‘You need to make these trucks illegal,’ or they’re just gonna park their trucks across the highway, get their guns out, because a lot of these guys are ex-military, and just be like, ‘Hey, I’m not going to move my truck until I get my job back,’ and there are going to be a lot of truckers in the same situation,” Yang said.

Yang also wants to implement a system in which a government-run mobile app would track and reward Americans with “digital social credits” for good behavior.