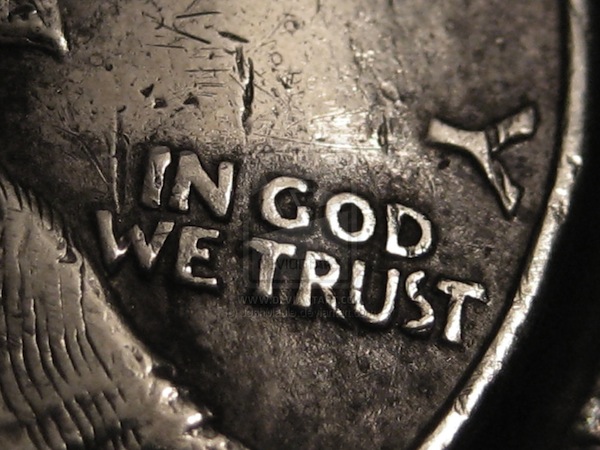 “How enriched you are when you bear the wounds of being persecuted for doing what is right! For that is when you experience the realm of heaven’s kingdom.

“How ecstatic you can be when people insult and persecute you and speak all kinds of cruel lies about you because of your love for me So leap for joy—since your heavenly reward is great. For you are being rejected the same way the prophets were before you.”- Matthew 5:10-12 (TPT)

The words of Christ spoken during His famous Sermon on the Mount have taken on a whole new meaning to a group of Catholics who were attacked by Black Lives Matter in St. Louis Missouri on Saturday, June 27th while they assembled to pray around a statue of King Loius IX of France The Libertarian Republic’s Conor Martin was among the victims and provided video of the incident.

There’s much that could be said about the organization Black Lives Matter, but one thing is crystal clear. The organization is not a group of peaceful protesters; in fact, they aren’t protesters at all regardless of how many times the mainstream media attempts to identify them as such. In reality, BLM is a Marxist group that only attempts to use the struggle against police brutality and equality before the law as a vail to hide their agenda of a Communist takeover of America’s economy.

In fact, the New York Post reported in an interview with Jared Ball in 2015 Patrisse Collours, co-founder of Black Lives Matter, admitted to being a trained Marxist trained by Eric Mann who has a history with the domestic terrorist group Weather Underground.

“The first thing, I think, is that we actually do have an ideological frame. Myself and Alicia, in particular, are trained organizers, said Collurs,  according to the New York Post.

“We are trained Marxists. We are super-versed on, sort of, ideological theories. And I think that what we really tried to do is build a movement that could be utilized by many, many black folk,”Collurs continued according to the New York Post.

Keeping with the tradition of attempting to erase history, the Black Lives Matter movement has indiscriminately tearing down virtually every statue they can get their hands on without any sort of rhyme or reason all in the name of erasing so-called white supremacy.

In reality this attack on Catholics had nothing to do with justice for George Floyd, battling police brutality, or anything of the sort. This was both an attack on people peacefully excising their rights to assemble and practice their faith as well as an attempt to erase any trace of history. Now you may ask why would Black Lives Matter attack care about a group of Catholics praying around a statue? The answer to that question is the same reason a Marxist organization would want to erase history because nothing must be allowed to stand in the way of religious devotion to the State and it’s power.

This is why Karl Marx referred to religion as “the sigh of the oppressed creature, the heart of a heartless world, and the soul of soulless conditions.” Marx didn’t stop there; he went on to call religion the “opium of the people.”

It is, for this reason, I can say yes, black lives matter, but Communism does not! Communists hate the teachings of Jesus Christ and the Bible because their ideology stands in direct conflict with the first and seventh commandments, you shall have no other gods before me, and you shall not steal. It is also the Christian worldview which teaches that all men are equal and created in the image of God. Conor mentioned in a recent appearance on the KWOS Morning Show with Austin Petersen and John Marsh that Communists hate the Catholic Church because Pope John Paul II was a vocal critic of their tyrannical ideology.

Pope John Paul II did, in fact, rip apart the ideas of Karl Marx when he said “The fundamental error of socialism is anthropological in nature. Socialism considers the individual person simply as an element, a molecule within the social organism, so that the good of the individual is completely subordinated to the functioning of the socio-economic mechanism. Socialism likewise maintains that the good of the individual can be realized without reference to his free choice, to the unique and exclusive responsibility which he exercises in the face of good or evil. Man is thus reduced to a series of social relationships, and the concept of the person as the autonomous subject of moral decision disappears, the very subject whose decisions build the social order. From this mistaken conception of the person there arise both a distortion of law, which defines the sphere of the exercise of freedom, and an opposition to private property. A person who is deprived of something he can call “his own,” and of the possibility of earning a living through his own initiative, comes to depend on the social machine and on those who control it. This makes it much more difficult for him to recognize his dignity as a person, and hinders progress towards the building up of an authentic human community.”

I will not sit back and watch Conor, and his fellow Catholics be victimized by wolves who wish to mascarade as lambs attempt to destroy what is good about America. Communists don’t care about equality in dignity or rights; they only wish to ensure equality in poverty. I praise the Catholics in St. Louis for their peaceful stance in the face of evil. It is my hope that justice will be delivered to them as swiftly as possible.

Conor and his Catholic friends embody the spirit of Christ’s words in Matthew 5:43-48 (AMPC)

You have heard that it was said, You shall love your neighbor and hate your enemy;
44 But I tell you, Love your enemies and pray for those who persecute you,
45 To show that you are the children of your Father Who is in heaven; for He makes His sun rise on the wicked and on the good, and makes the rain fall upon the upright and the wrongdoers [alike].
46 For if you love those who love you, what reward can you have? Do not even the tax collectors do that?
47 And if you greet only your brethren, what more than others are you doing? Do not even the Gentiles (the heathen) do that?
48 You, therefore, must be perfect [growing into complete ]maturity of godliness in mind and character, having reached the proper height of virtue and integrity], as your heavenly Father is perfect.