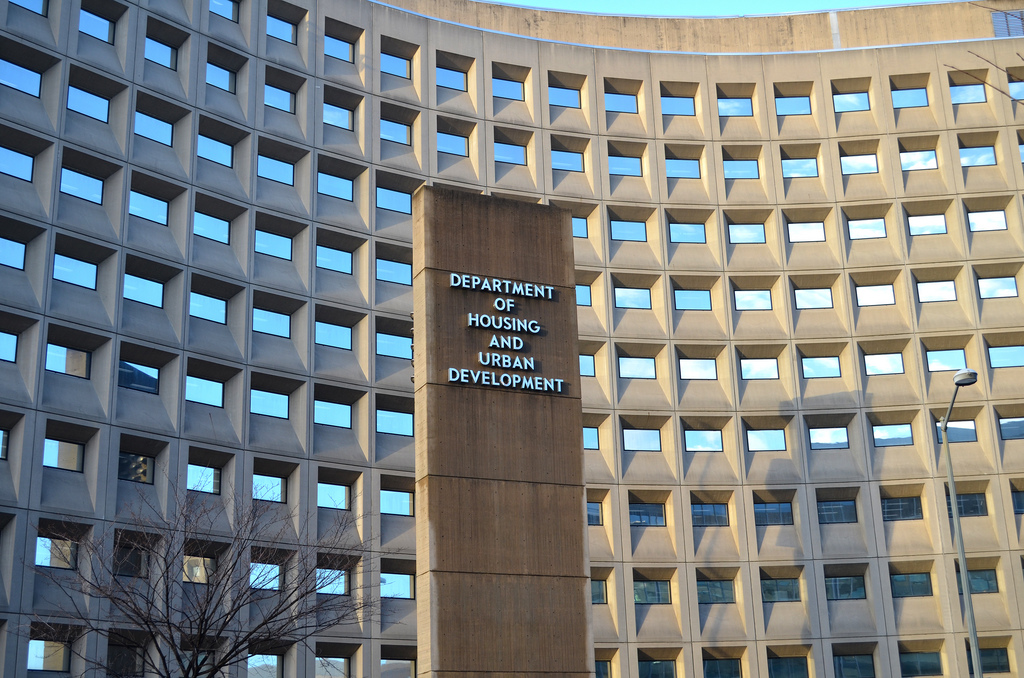 Immediately after it accepted without question a black employee’s claim that hearing a single racist movie reference entitled her to $900,000 in damages, the Department of Housing and Urban Development (HUD) refused to pay a white employee who was left bankrupt and in a wheelchair after her own mistreatment at the hands of supervisors.

Denise Lenkiewicz said she couldn’t breathe in her office due to the presence of toxic mold, and HUD ignored pleas for help, then fired her for being absent after she was taken from the office to the hospital by ambulance. HUD is the supposed safety enforcer for mold in living quarters, as well as the agency which polices wheelchair accommodations.

In addition to losing the ability to walk, Lenkiewicz declared bankruptcy because of medical bills and lost her house. She filed a disability discrimination lawsuit in 2013 and HUD fought it relentlessly, even though the judge appeared mystified about what its defense was. It simply said it would have been an “undue hardship” to let a wheelchair-bound woman work from a different office, and didn’t explain why.

At the same time elsewhere in the agency, a supervisor named Mary Kinney called a black employee “Buckwheat” — a reference to the black Little Rascals character of classic cinema fame — and the employee in question submitted a letter saying her feelings had been hurt to the tune of $900,000 because of racial discrimination. HUD called it “objective proof” of financial harm, and in August, 2015, agreed that she should be paid.

Days prior, the judge strongly suggested that HUD should pay Lenkiewicz a settlement, but it only doubled down on its refusal.

The $900,000 was formally awarded to the black woman January 28, 2016. Because she never even had to take it to court, her name never appeared on any public document, and it is unknown.

The next day, three years into litigation that had cost the government untold resources and after it had become clear it would lose at trial, HUD agreed to settle with Lenkiewicz, also for $900,000.

The black woman had never lost her job, meaning the damages were purely emotional in nature. Lenkiewicz lost her job and retirement benefits, and much of the money went to doctors and to pay for years of litigation.

Hundreds of pages of extraordinary court documents tell the tale. “From the first day of being in HUD within 2-3 hours she lost her voice and sounded as if she was suffering from flu,” her lawsuit said. She was diagnosed with Chronic Obstructive Pulmonary Disease, but it wasn’t until TV news did a segment on toxic mold in the HUD building that she had a clue what was causing it.

“The agency develops and enforces housing-safety standards … Yet, in its own headquarters, HUD allowed toxic mold to propagate and then fired an employee whose breathing problems had become so severe, and whose pleas for reasonable accommodation had been dismissed for so long, that she could no longer bear working there. This record tragically illustrates … the hallmarks of dysfunctional bureaucracy,” her lawyer wrote.

The breathing problems only occurred when she was in one office, but HUD dismissed repeated requests to work from a nearby office instead. She eventually had to use a wheelchair, but HUD wouldn’t give her a parking space, and a “written request to be able to rearrange the office so she could use her wheelchair ‘was never responded to,’” the lawsuit said.

HUD even ignored doctors notes invoking the Americans With Disabilities Act. “Although the Plaintiff continually asked for reasonable accommodations, verbally and in writing,” the suit continued, “she was met with ‘if you don’t like it here, you can find another job.’”

Lenkiewicz declared bankruptcy in May, 2012, and court records show that her creditors were doctors offices and hospitals.

After she sued them for ignoring her pleas, HUD’s lawyers simply denied all her claims without offering much evidence, and repeatedly failed to even file responses by deadline. Yet it also would not cede an inch.

“HUD has failed even to plead, much less prove, the affirmative defense of undue hardship,” her lawyers wrote. “The most appalling problem with HUD’s motion is the failure to mention that the Court has already ruled against HUD on the issue presented,” they added at one point. “HUD did not even take the depositions of Lenkiewicz’s medical experts.”

HUD admitted that its motivations may have been discriminatory, but did not apologize. “To the extent Plaintiff suffered an adverse action motivated by an impermissible factor, Defendant would have taken the same action in the absence of the impermissible factor,” HUD’s lawyers wrote.

The judge excoriated HUD and mocked its defense. “HUD failed to engage in the good faith in the interactive process the regulations require,” he said. It “provides no facts or arguments to rebut plaintiff’s evidence or the Court’s general findings.”

In July 2015, he strongly encouraged the agency to settle–and it spent the next few months refusing.

“Although mediation was conducted on September 16, 2015, no settlement was reached. The parties consider the mediation concluded, as they do not expect that any other mediation sessions will be held before the September 30, 2015 deadline,” lawyers for both parties wrote.

During that same window, HUD had agreed to pay the black woman $900,000 without her so much as needing to file a lawsuit.

A trial date was set for the white woman, and in final motions the judge continued to hint to HUD how it would go.

“HUD was on notice of the disability, a point that defendant altogether failed to address in its motions,” the judge said. “Lenkiewicz prevails as a matter of law on the portion of plaintiff’s claim that relates to the presence of mold in her office,” and “on her 2009 relocation and parking requests.”

The writing was on the wall, and HUD finally agreed to settle–also for $900,000.

The black woman, as part of her settlement, was additionally awarded a top performance rating, extra vacation time, and a promise of punishment for the guilty supervisor. Lenkiewicz remained unemployed, disabled, and without a home, and the settlement included a clause that barred her from ever reapplying to HUD.

She took the money and moved to Delaware.

HUD spokesman Brian Sullivan did not respond to questions about why parallel cases were treated so differently.

Kevin Owen, a lawyer who represents clients fitting the profile of both women, said that, based on precedent, the Buckwheat settlement was “monstrously excessive” and that the amount awarded was typically reserved for “permanent disfigurement.”

Of Lenkiewicz’s case, in which there was disfigurement yet HUD did not settle, he said, “That’s disgusting. If there’s a disability, they should have gone out of their way to make things right.”

Spicer: Border Wall Will Be Paid for With 20% Import Tax

Two-Parent Families Get Subsidized Housing By Posing As Single Mothers