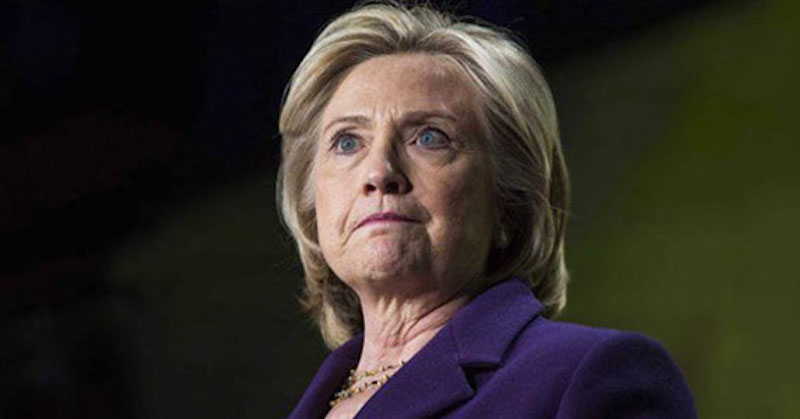 Laureate Education, a for-profit education company that once paid former President Bill Clinton $17.5 million to serve as its “honorary chancellor,” posted a significant loss Thursday in its first earnings report after going public earlier this year.

The Baltimore-based company reported a first quarter 2017 loss of $122 million, 17 percent higher than its $102 million loss in the first quarter of 2016.

The company’s loss per share also skyrocketed to $1.05 per share, compared to a 76 cents loss in 2016. Shares did rise by 10 percent however.

Laureate has come under congressional scrutiny for its alleged “pay to play” relationship with the former president and former Secretary of State Hillary Clinton. In addition to paying Bill Clinton, Laureate donated between $1-5 million to the Clinton Foundation, according to the non-profit’s website.

In return, the Clinton Foundation showcased Laureate over many years, and the two entities held numerous joint programs.

IRS Commissioner John Koskinen directed its tax exempt body July 22, 2016, to review complaints by 64 congressional lawmakers who lodged “pay to play” charges against the company. That review is still underway.

But unlike other U.S. for-profit education companies, most of Laureate’s income comes from overseas. The firm owns 28 institutions in foreign countries which account for 84 percent of its income.

During Hillary Clinton’s tenure as the chief U.S. diplomat, the International Finance Corporation (IFC), a part of the World Bank, made its largest single investment in Laureate, totaling $200 million.

After the IFC investment, Laureate lured former World Bank President Robert Zoellick to join its board in December 2013, six months after he left the bank.

Because of its high overseas exposure, Laureate faces a variety of foreign government investigations into its operations in Chile, Brazil, Portugal and Turkey, countries where it has extensive activities.

Portuguese prosecutors initiated an investigation into the government’s chief of staff for the former secretary of state for higher education in August 2016. He privately sold his stock in a Portuguese university to Laureate just before the company bought it to create a new institution known as the European University.

Also in August 2016, the Brazilian anti-trust authority fined Laureate $635,000 for providing “potentially misleading information” about the ownership of a company they were acquiring. Laureate is appealing the fine.

In Turkey, Laureate reported an $18 million “donation” to a charitable foundation in Turkey may have been a bribe in violation of the U.S. Foreign Corrupt Practices Act.

“The investigation is ongoing and we cannot predict the outcome at this time,” Laureate said in a January 17, 2017, disclosure form to the Securities and Exchange Commission.

Not all of Laureate’s legal problems are overseas. A current lawsuit charges the company with “unjust enrichment” for buying then attempting to liquidate or sell Santa Fe University of Art and Design, a distinguished century-old artistic education institution in New Mexico.

The plaintiffs, all Santa Fe Art students, allege in a suit filed in April that “in the summer of 2008 Laureate devised a plan to take over New Mexico’s oldest chartered college, the College of Santa Fe, founded by the De La Salle Christian Brothers in 1859.”

Because the New Mexico school was not as profitable as Laureate expected, it tired to sell it to a Singapore company, which failed. Now, Laureate has announced it will not accept students for the next semester. Faculty and programs have disappeared.