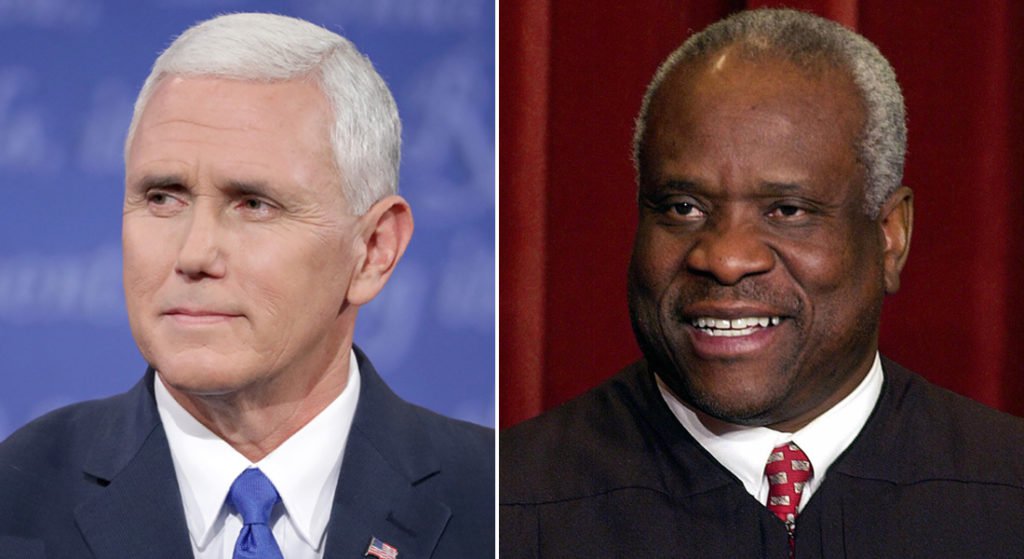 The White House, despite their ideological differences, has congratulated Supreme Court Justice Clarence Thomas on his selection to preside over Vice President Mike Pence’s swearing in.

Thomas’ selection will be historic, as it will mark the first time that an African-American justice will administer the oath of office to either of the top two officials in the United States, reports Newsmax.

Newmax inquired to White House Press Secretary Josh Earnest about the historic moment, to which he said, “I was not aware of that announcement from Vice President-elect Pence, but obviously Justice Thomas, for all of our profound differences when it comes to some pretty important basic American values, he is somebody who has had a genuinely historic career. And I think this is just the latest evidence of the historic nature of the position that he holds.”

Earnest added, “I think it’s also reflective of the political philosophy of Vice President-elect Pence that he would choose Justice Thomas to administer the oath. But obviously that was a decision that was left up to him.”

Beyond the aforementioned achievement, this will become only the eighth time since 1949 that an Associate Justice of the Supreme Court has administered the oath to a Vice President, reports Newsmax.

The inauguration of President-elect Donald Trump and his Vice-President Pence will happen this Friday, January 20.