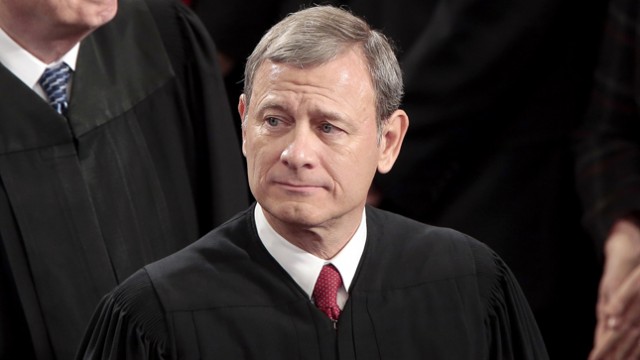 Chief Justice John Roberts, who just two years ago blasted the Supreme Court’s decision to legalize same-sex marriage as a usurpation of democratic governance, seems to have embraced the Court’s marriage equality holding in significant part.

The dissenters in contentious 5-4 decisions often try to keep such cases at the margins of the Court’s jurisprudence. They avoid reliance on the ruling’s holdings and principles, so as to diminish its influence on the Court’s thinking.

Roberts is not following this practice with respect to the Court’s 2015 Obergefell v. Hodges decision, which declared a constitutional right to same-sex marriage. Though he wrote a vigorous dissent from the ruling, he joined two decisions this term relying (in part or in whole) on its reasoning, suggesting a shift in his thinking about the case.

The strongest signal of this shift came in the Court’s per curiam decision in Pavan v. Smith, an Arkansas case involving the state’s refusal to print the name of a non-biological LGBT parent on a birth certificate. The justices summarily reversed the Arkansas Supreme Court’s ruling upholding the practice, citing “Obergefell’s commitment to provide same-sex couples ‘the constellation of benefits that the States have linked to marriage.’”

The opinion, which drew a short dissent from Justices Neil Gorsuch, Clarence Thomas, and Samuel Alito, appears to reveal the chief’s comfort with extending state marriage benefits to same-sex couples. Summary reversal is a rare practice generally saved for obvious errors of law in which the justices reverse a lower court without briefing and oral argument. It is often meant to communicate an unambiguous, unequivocal message to lower courts with respect to a particular issue. It is hard to imagine Roberts would endorse such a strong signal unless he is comfortable with the proposition that Obergefell secures a wide spectrum of rights and benefits for LGBT couples.

The chief also evinced his comfort with the ruling in a high-profile immigration decision. He joined an opinion written by Justice Ruth Bader Ginsburg in early June, which found a federal immigration law that makes it easier for women to transmit their citizenship to their foreign-born children unconstitutional, because it discriminates on the basis of sex.

At one point in her opinion for the Court, Ginsburg cites Obergefell in explaining that “new insights” granted by the passage of time may reveal “unjustified inequality.” This suggests Roberts is willing to rely on the case’s principles and insights to guide judicial inquiry in related controversies.

Harvard Law School Professor Noah Feldman suggests Roberts is flashing his vaunted institutionalist streak, steering the Court away from further litigation around marriage controversies by accepting Obergefell as a case of significant and wide-ranging precedential value.

“Roberts would like the gay-marriage issue to go away now that it is decided,” he writes in Bloomberg. “He doesn’t want state courts all over the South trying to resist Obergefell and creating a raft of new, contested Supreme Court decisions about gay marriage.”

If nothing else, his Obergefell about-face shows he prioritizes the authority of the Court over his own jurisprudential commitments, even in the most controversial areas of law.