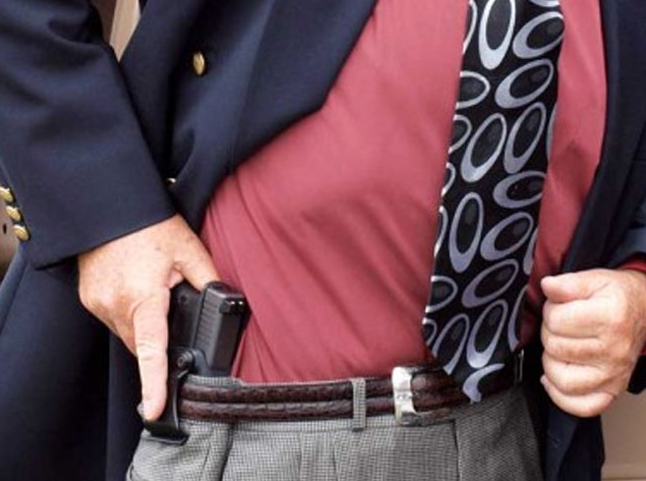 The U.S. Court of Appeals for the D.C. Circuit entered an injunction Tuesday against a Washington D.C. law limiting the right to carry firearms outside the home, concluding that it may violate the Second Amendment.

The ruling is at odds with other federal courts that have generally limited the right to gun possession outside the home.

The law is third gun control regulation promulgated by the D.C. Council that has struggled in the courts. In its latest iteration, the D.C. law strictly proscribed the circumstances under which concealed-carry licenses may be issued. The court concluded these provisions may be unconstitutional.

“Bans on the ability of most citizens to exercise an enumerated right would have to flunk any judicial test,” Judge Thomas Griffith wrote for the three-judge panel. His opinion was joined by Judge Stephen Williams. Judge Karen Henderson dissented.

The Washington law provides that a concealed-carry permit may only be issued if an individual shows a “good reason to fear injury” or demonstrates a need to carry firearms for work. A coalition of individuals and Second Amendment groups challenging the law say the regulations are so narrowly defined that they effectively preclude individuals who wish to carry a gun for self defense from obtaining a permit.

The D.C. Circuit largely agreed with this conclusion, explaining that carrying outside the home for self defense is a core Second Amendment right, as plainly established by the Supreme Court’s decisions in D.C. v. Heller and McDonald v. Chicago.

“[I]t’s more natural to view the Amendment’s core as including a law-abiding citizen’s right to carry common firearms for self defense beyond the home (subject again to relevant ‘longstanding’ regulations like bans on carrying ‘in sensitive places’),” Griffith wrote.

The court waded through historical minutia concerning gun laws in the Anglo tradition, reviewing so-called Northampton laws and surety laws, which restricted the possession of firearms in crowded urban areas. The court explained that these laws developed in unique ways in the American colonies, and were understood to secure the right to carry guns by the time of the Constitution’s adoption.

“Common-law rights developed over time, and American commentaries spell out what early cases imply: the mature right captured by the [Second] Amendment was not hemmed in by longstanding bans on carrying in densely populated areas,” Griffith wrote. “Its protections today don’t give out inside the Beltway.”

The attorney for the challengers in this case, Alan Gura, successfully argued the Heller and McDonald cases.

In dissent, Henderson argued that the District of Columbia was one such “sensitive place” warranting more restrictive gun laws, given the concentration of government buildings, public officials, and foreign dignitaries.

“[T]he Supreme Court has offered little guidance,” the court wrote. “Its ‘first in-depth examination of the Second Amendment’ is younger than the first iPhone. And by its own admission, that first treatment manages to be mute on how to review gun laws in a range of other cases.”

The passage appeared to be a signal to the Supreme Court to watch this and other similar cases.

The justices, over the dissent of Justices Clarence Thomas and Neil Gorsuch, declined to review a ruling from the 9th U.S. Circuit Court of Appeals in June, which upheld California laws restricting concealed carry.

Disclosure: This reporter’s fiancee is employed by a firm involved in this case.

Law Prof On Charlie Gard Case: ‘Children Do Not Belong To Their Parents’