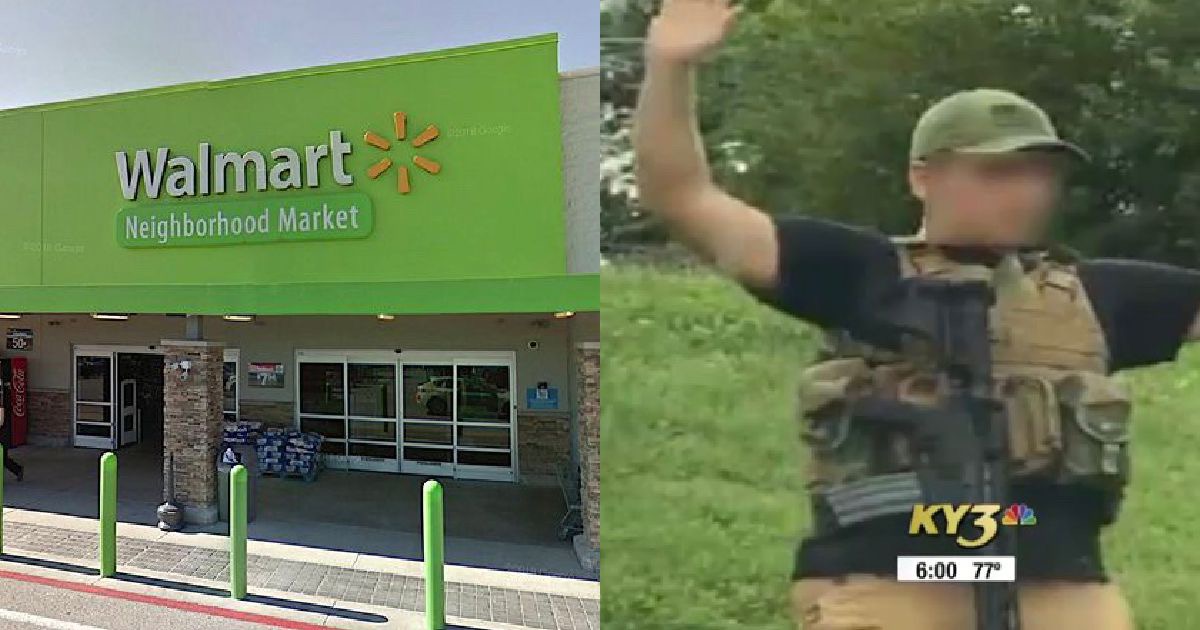 On Thursday, August 8, 2019, a Springfield, Missouri Walmart became a potential site of yet another mass shooting in America.

An armed man appearing to be in his twenties and wearing body armor with military-style fatigues walked into the store on Thursday afternoon.

KFVS12 reports that the man grabbed a shopping cart and attempted to appear as a normal shopper. The man recorded himself on a cellphone while he was in the Walmart.

The store’s manager was concerned and pulled the fire alarm in order to alert shoppers to exit the store. As everyone funneled out of the building, the man in tactical gear left through an emergency exit on the side of the building.

Outside the Walmart, he was apprehended by an off-duty fireman with a concealed firearm, and was held at gunpoint until police detained him. Police confirmed that the man in tactical gear had a loaded gun and over 100 rounds of ammunition at the time of the incident.

People who witnessed the arrest noted how shocked they were to see the suspect peacefully surrender to the police. The suspect was wearing a tactical vest with a rifle strapped around his chest, but no shots were ever fired.

Lieutenant Mike Lucas of the Springfield Police Department did not initially give a motive but he did comment that the suspect’s “intent was not to cause peace or comfort…He’s lucky he’s alive still, to be honest.” Lt. Lucas continued that the situation is not over by stating “we definitely have some crimes here”.

The one thing we do know is that an armed and responsible individual helped the situation. A good guy with a gun is greater than a coward with evil intent.

What’s In a Word: Community