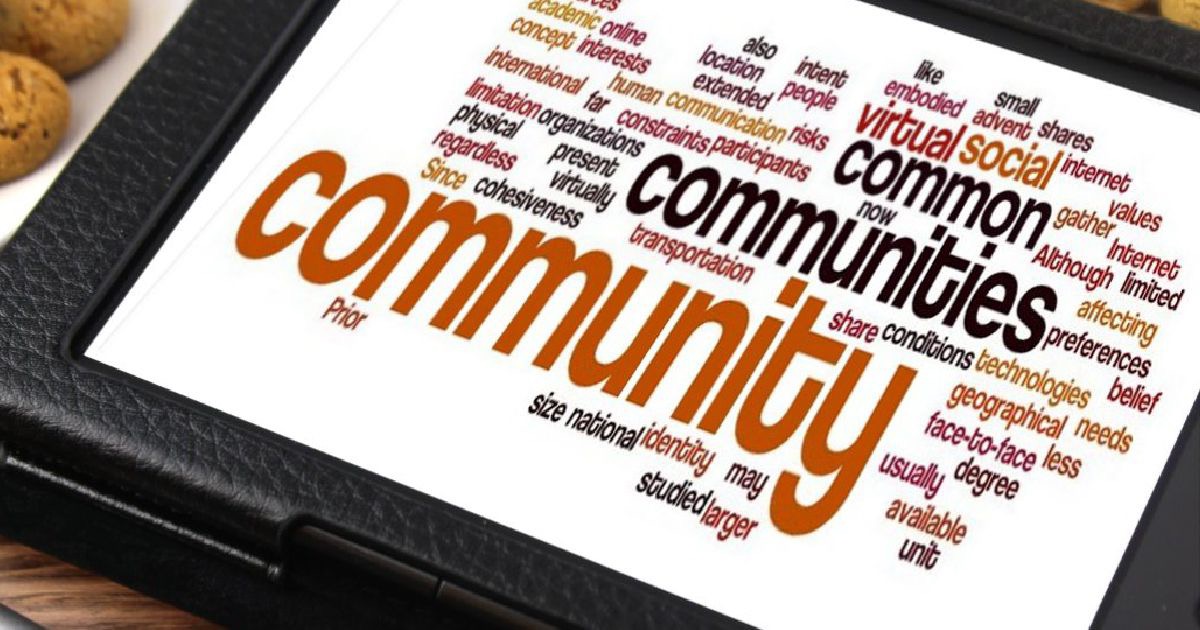 The power of the spoken and written word is perhaps the least appreciated in all of the average person’s capacities. The ability to harness this power is the real underlying purpose of it being sanctified within the First Amendment of the United States Constitution. This is why the politicization of language is perhaps the most insidious of all endeavors being undertaken by those we oft refer to as elites.

Perhaps the most victimized word in the common lexicon of the media is “Community”. Whether or not this is the case, it represents the most sterling example of linguistic politicization I am aware of and thus is the first example I will draw upon and the focus for my current endeavor.

What Does “Community” Mean?

Community is defined as follows in Webster’s Dictionary:  A group of people living in the same area.

According to the “Reader’s Digest Family Word Finder”, some synonyms are:  Neighborhood, district, locale, area, and environs.

One alternative interpretation of these that has legitimacy based on the framework of these sources can be found in “An Ye Harm None” by Shelley Tsivia Rabinovich and Meredith Macdonald:  “What do we mean when we talk about community? Community is living with, interacting, and sharing space with all things: plants, animals, the natural world, and the human world,” (Ch 6, p 198).

While this was written largely in the context of a book for pagan/neopagan activism and ethics, it still presents an understanding that conforms with the base definition of the word. It simply adapted it for the context of the subject, which in no way conflicts with the original meaning.

Compare this with such language as: LGBT Community.

This is what some of us wordsmiths consider a word crime, or linguistic nonsense. To prove the point, I’ll break it down to the best of my ability.

LGBT: Lesbian Gay Bisexual and Transgender – the first four categories of an ever growing acronym originally intended to refer to people sexually inclined in a nontraditional manner. In other words, homosexual or bisexual in the increasingly archaic parlance. This alone reveals a can of worms, to borrow another phrase.

Are transgender people necessarily any of the previous? If a man is gay and transitions medically to being a woman, is he still gay or did he become heterosexual? This question is actually very important in lesbian activist circles, and this particular circumstance is not at all unusual in the Middle East and Asia.

Consider the recent Mario Lopez debacle where one of the reasons cited for him being hurtful was conflating gender identity with sexuality. Is this not precisely what happens every time the acronym “LGBT” is invoked?

This is not meant to imply that there cannot be communities made up of such people (lesbians, gays, transgendered individuals, etc.); only that there is not a single overarching one as the media’s abuse of the word suggests.

A Miscarriage of Meaning

The next point with my choice of this particular example is the fact that it divorces the term from geography. Community, on its own, implies a particular area. This usage, on the other hand, can mean a global subset of the human species. Perhaps this is deliberate?

Consider the use of the word “Community” when used in reference to a race.

The British Community, depending on context, can either mean a population of people living in the British Isles or descended therefrom. There is a geographical connotation, in other words.

But what about a broader category, such as Black Community? This is less simple.

There are numerous ethnicities within this category. After all, Africa is a large continent and not merely a country. Amharic blacks are a smooth-featured people descended primarily from the Ethiopian and Somali region, for example. Meanwhile, the Bantu are descended from Central and Sub Saharan regions, and the Nilotic are a remarkably tall people prominent in Egypt and Sudan, to name a few. All of these groups are quite physically and culturally distinct from one another, which drastically undermines the notion of a “Black Community” in any broad sense. Even in America, urban people generally will be culturally distinct from rural regardless of race or ethnicity

Here is the definition of “Population” according to “Webster’s Dictionary”:  The total number of people in a given area, country, or city.

We can infer from this that, unlike “Community”, there is not a strong tie to geography. The very word implies people, or collected individuals of a like sort. So why do we not usually say “LGBT Population”?

Perhaps this is because “Community” implies organization and agreement, unlike “Population,” which implies individuals and individuality. It is therefore highly doubtful that men like Al Sharpton or Louis Farrakhan speak for black people at large, or that Gloria Steinem or the late Andrea Dworkin actually speak for lesbians at large as mainstream media pundits continually suggest.

With all of this said, can there be a global community?

Of course there can. This word was defined in a time before telecommunication. With the advent of social media, our culture has advanced faster than our formal adaptation of words. Indeed, it has long been said that we are a human community, as asserted by Rabinovich and Macdonald at the beginning of my discussion, and there has never been a reason to deny this. Certain truths must be adhered to lest we cheapen our language and dilute our understanding, however. It is fair to argue that in our digital era, Culture has taken the place of Geography in the definition of Community (ie, a group of people sharing the same culture).

What It Used To Mean Elsewhere

Community hasn’t always meant precisely what it means now, though the spirit has very much always been consistent prior to modern times.

In old European cultures for example, Community was very much tied in with faith and was therefore a serious matter. In old times, after all 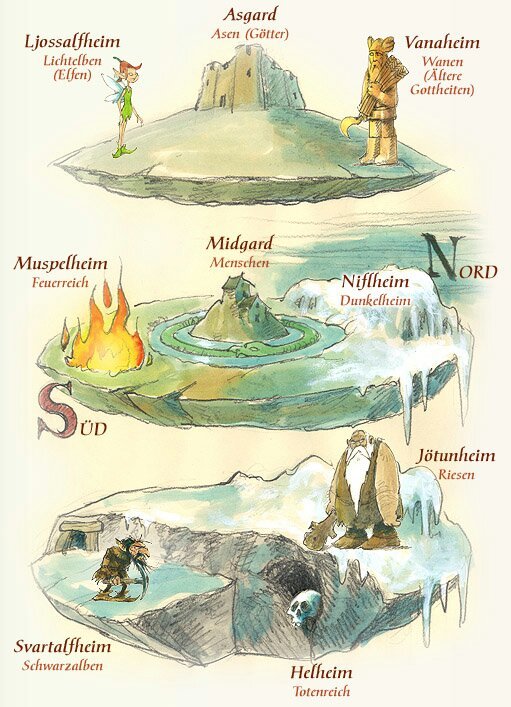 , community was a matter of survival. An old saying goes that a chain is only as strong as its weakest link.

According to one interpretation of Anglo Saxon and Norse theology, these boundaries can perhaps best be illustrated in the old Norse phrases Ingard, Midgard, and Utgard. The home was referred to as the keep, and this is perhaps the origin of the phrase “A man’s home is his castle.”

Ingard is your personal space, and equates to Asgard for philosophical purposes. This is the realm that you have full control over. It is the space within which you have expectation for everything to be as you have ordered it, and nothing may enter without your permission.

Midgard can be equated to your yard. Things pass through it and are tolerated so long as they aren’t overly disruptive, but if reason is exceeded, you are well within your rights to expel these.

Utgard is the forest beyond this, and it is here that wilderness and chaos reigns. It is the space beyond your personal control.

One can hardly discuss Norse culture without discussing runes, and three to take special note of in this subject are Gifu, Nauthiz, and Mannaz.

Gifu is also referred to as Gebo, and commonly means “gift”. In the context of this subject however, it has a great deal more to offer.

In old Norse and Anglo-Saxon culture, a gift is a very serious thing and not to be taken lightly. One never gave a gift without the expectation of reprisal in some meaningful form. Consider the crossed stavs, or staves, that this symbol is comprised of. Two coming together in Truce to achieve Peace, which was a thing commonly achieved with an exchange of gifts.

This is described in an old Anglo-Saxon rune poem as follows, according to Runes: Theory and Practice by Galina Krasskova:

“Generosity brings credit and honor,
which supports one’s dignity;
it furnishes help and subsistence
to all broken men who are devoid of aught else.”

Nauthiz is also referred to as Nyd, and commonly means “need”. It looks similar to the previous rune, and indeed is related as it symbolizes necessity. The arrangement of the stavs reflects the starting of a fire in the old method of rubbing sticks – a survival skill in places where the cold was an ever present danger.

In the context of a community, it describes the way people come together to overcome adversity. You can’t start a fire with just one stick. This is described in the Anglo-Saxon rune poem presented from the aforementioned text:

“Trouble is oppressive to the heart,
Yet often it proves a source of help and salvation
to the children of men,
to everyone who heeds it betimes.”

Mannaz simply means “Man”, and much like the common usage of the latter word, it invokes much where it comes to the general understanding of society.

This rune evokes shared partnerships and cheerful labor. This is the quid-pro-quo rune, speaking to social interactions and healthy boundaries. Unlike the previous two runes, this one is perhaps best described by the longer modern rune poem by Elizabeth Vongvisith in the previously referenced text:

In short, in old times, ‘community’ had far more meaning than in modern society. A society was more than just a people and a geographical locale. It was also where one came from. It was understood that a person was a product of their family as well as their community. That was what it took to create a thriving people in such times.

The bonds spoken of in these rune poems transcend ethnic and national boundaries as this concept of community is rooted in cultural understanding. There is much more to this subject. We have merely brushed the surface for purposes of exploration.

This is why semantics matters in politics and, more broadly, why specificity in language is of such import.

If such words as “community” instead of “population” were used off the cuff, it would not be such a big deal – but they aren’t. The only reason to use such a specific word as this is if you are easing the population into a globalist frame of mind; as in the notion of a global community invoked by the idea of a borderless world-spanning superstate, as opposed to the abolition of government and the achievement of human enlightenment.

At the very least, this usage reinforces a favorite saying of mine: Generalizations Are Generally Wrong.

You cannot group people into uniform categories based on cosmetic descriptors or lifestyles and believe they will simply conform to expectation. This is a genuine form of bigotry. This is the very sort of thinking that led to Japanese-Americans being interned in concentration camps wholesale as suspected spies during WW2 by Democrat President Franklin Roosevelt.

Does anyone, today, seriously believe that Mako and Pat Morita deserved to be detained at Manzanar simply for being members of a “racial community” that looks different from the majority? The melanin content of your skin is no more a basis for an assumption of community than a bedroom activity or a medical condition. Communities are based on mutual understanding, respect, and voluntary association. These are concepts which transcend race, sexuality, or gender.

People are free to associate as they will. No one has the right to change this, nor the ability to deny it. This is not the meaning or purpose of this observation of parlance.

George Carlin is perhaps the most famous critic of the last couple generations where political language is concerned, having pointed out the absurdity inherent in such phrases as “Near Miss”. You’ve either hit something or you’ve missed it; in aviation there are no gradients of concern.

The adoption and perversion of words like “Community” is merely among the latest in the ridiculous politicization of language. 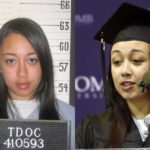 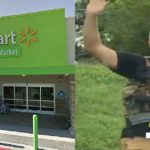