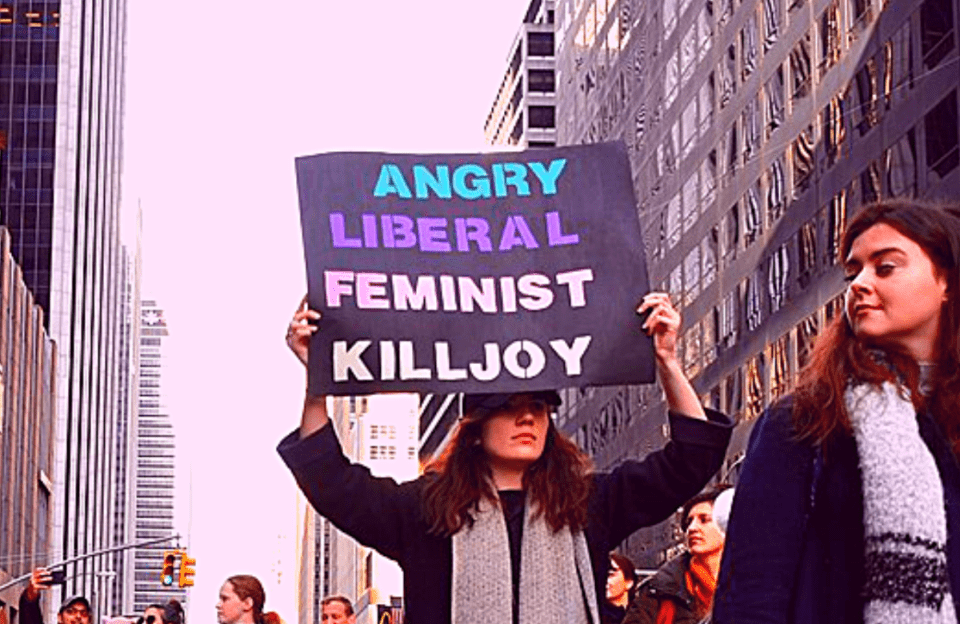 Flip to the B-side of the record! Here comes another list of five more fantastic tunes to trigger those crazy, third-wave feminist psychos.

“Under My Thumb” – The Rolling Stones

This bluesy Rock n’ Roll tune by one of the leading groups of the British Invasion of the mid-1960s is sure to make a blue-haired man-hater’s head explode.

In this song, Mick Jagger tells a story from the perspective of a man who has been in an emotionally abusive relationship. It’s a classic case of the old saying, “you can’t have your cake and eat it too.” After having fun running around, she realizes how good she had it with her previous lover and comes back begging for his affection and will do whatever he says. As he says,

“It’s down to me
Yes it is
The way she does just what she’s told down to me
The change has come
She’s under my thumb
Ah, ah, say it’s alright.”

Payback’s a bitch, isn’t it?

“Stand By Your Man” – Tammy Wynette

Tammy Wynette’s classic country ballad, which she co-wrote with her record producer Billy Sherrill became a #1 hit on the country charts in 1968 and a top 20 pop hit. The song was written as a love song by a woman who ironically was preparing for her second divorce. It was marketed as Wynette’s response to the women’s liberation movement of the late 1960s.

The ballad will make all the femininazis cringe as it discusses a woman being loyal to her man even when he does things that aren’t right. The song faced just as much criticism by the women’s liberation when it was released as it has in more modern times.

“A Newsweek article called it a song, quote, “for the beleaguered housewife who grits her teeth as destiny dumps its slop on her head.” And fellow singer Jeannie C. Riley of “Harper Valley PTA” fame said, quote, “It sounds like you should take anything he dishes out.” Ironically, Wynette, while recording the song, was preparing to divorce her second husband for George Jones, another turbulent marriage she would eventually leave. Evelyn Shriver says Wynette defended the song, calling it a reflection of her background.”, according to NPR.

The ballad was even mocked by former First Lady Hillary Clinton, according to The Wallstreet Journal.

Elvis the Pelvis was known for his ability to make women faint with his high energy shows, soulful southern voice, and legendary leg shakes. Feminists would be throwing something harder than themselves at the King of Rock ‘n Roll for this track.

In this song, Elvis takes us all the way back to creation in which he states that all the world’s problems have been caused by a “hard head woman and a soft-hearted man who have been causing trouble ever since the world began.”

The track highlights three biblical stories, including “Adam and Eve”, “Samson and Delilah”, and Jezebel and King Ahab. The lyrics light-heartedly poke fun of the female characters in each story, claiming that they were the source of each man’s downfall. Presley then relays his own frustrations with his own love interest in the last verse.

The song is great because it will throw the same logic feminists use by asserting that the patriarchy is the source of the world’s problems right back in their faces in a joking way.

“A Woman’s Place is in the Home” – Gilbert O’ Sullivan

1970’s Irish Pop Star Gilbert O’ Sullivan bangs out a ballad on his piano that will wreck every bra-burning broad’s mind. Sullivan’s song defends traditional western values, which he boldly states is that a woman belongs at home. In the mid-1970s, when the song was released, popular culture had already started to reject the idea of a woman staying home to raise her children and began pushing the idea that women should be in the workplace. Sullivan notes that he admires a woman “who can make it on her own,” but he believes a woman’s place in the home. If you want to destroy a loud-mouthed man-hater’s day, cranking this up on your nearest sound system should do the trick.

To round out the list, Dr. Dre’s 1992 West Coast Rap classic is guaranteed to trigger any feminist tramp! Dr. Dre’s bumping beat talks about screwing women and using them for sex and kicking them to the curb. I should note that in no way do I think this is acceptable behavior, but if third-wave feminists are going to degrade good men, why not throw it back at them and have a little fun with it?

There you have it, guys—five more fantastic tunes to trigger those self-loathing, man-haters who deep down are in desperate need of getting laid but too consumed with hate to admit it. 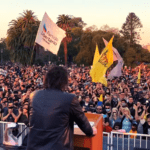 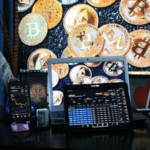