The women’s suffrage movement met their ultimate goal in 1920 when the US passed the 19th Amendment that constitutionally guaranteed voting for women across the country.

Voting is just part of the story, though. As in most cases, the government is an oppressive force that is manipulated by popular sentiment of the time. In fact, this societal struggle was undertaken by individuals who strove to be recognized as free people who deserved liberty.

Lucy Stone was born in Massachusetts in 1818. Her ancestors came to America in the 1600s in pursuit of religious liberty. She was the granddaughter of an American Patriot who fought in the Revolutionary War. Her parents were farmers with a zealous abolitionist stance and active in the church.

Stone’s husband convinced her to marry him by promising an equitable marriage where both of them would have proportionate power. And of course, she would keep her maiden name. She wrote nuanced vows for 1855. She omitted the promise for a wife to be the only one to obey. And included a protest to marital law that treated a woman as property to her husband.

In 1858, Lucy refused to pay property tax because of that traditional American principle, “no taxation without representation”. She was not represented since she couldn’t vote, but the government wants their share of people’s goods regardless of justification. So, they impounded and sold all of her household goods.

In 1879, Stone signed up to vote in the local Massachusetts elections because the state allowed women to vote in such things. However, they denied her this because she did not use her husband’s last name and, thus, did not match any legal citizen’s name. Let me explain that again. The government did not legally recognize her because she kept her daddy’s last name.

Virginia Woolf wrote in A Room of One’s Own (1929) about common rules of the time that banned women from being educated and competing in industry. Woolf explains how when a woman is not reliant upon a man for money to live on, she is freer and less bitter.

“I need not hate any man; he cannot hurt me. I need not flatter any man; he has nothing to give me. So imperceptibly I found myself adopting a new attitude towards the other half of the human race.”

What she is describing is an inheritance that she received from her aunt that allowed her to be financially independent because, at the time, women were limited in their work opportunities. So, it was incredibly difficult for a woman to not rely upon someone else for money.

“Indeed, I thought, slipping the silver into my purse, it is remarkable, remembering the bitterness of those days, what a change of temper a fixed income will bring about.”

The “fixed income” she is referring to is not Bernie Sanders-style welfare programs or Andrew Yang’s universal basic income. It just means consistent income that doesn’t rely upon someone else’s charity.

Freedom to make money is one of the most important ingredients to individual liberty. Woolf describes how it not only makes the individual happier, but it also creates an environment where mutual respect and peace flourishes.

Original Feminism did not want to expand government. In fact, it shows how government power can be used to oppress, and creates disparities that could otherwise be solved by individuals, common decency, and mutually beneficial trade.

Allow women (and really anyone) to compete in the market to earn financial independence without government coercion and liberty grows. Or just allow a man to respect his wife in a way that is not the societal norm (i.e., keeping her maiden name). Allow true freedom instead of the coercive harassment that comes when the government denies you the recognition of being more than the property of your husband, the respect of your surname, and the theft of your property.

Patriotism, capitalism, and true feminism all have a liberating effect. The people that defended and fought for these things should not be remembered only for an Amendment that forced a government to act. They were individuals that were so much more than the government that sought to restrain them. 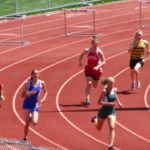 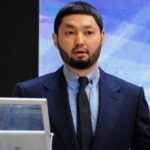