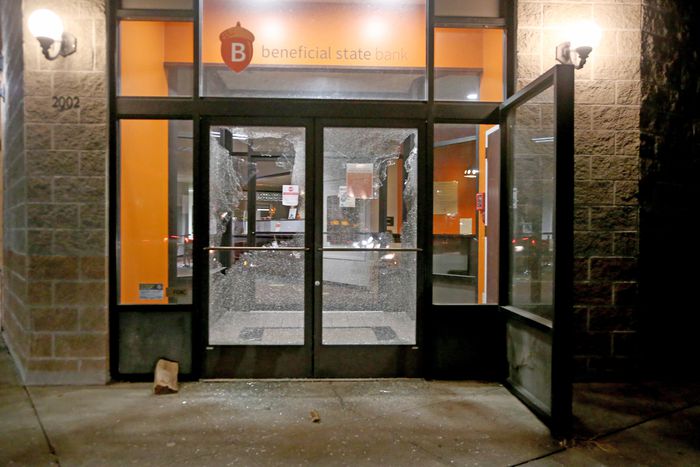 Around 150 violent demonstrators participated in a march called “Capitalism is Scary,” according to The Oregonian. Rioters destroyed the windows of ten separate businesses, including multiple phone stores, a coffee shop, a computer storefront, a hotel, a bank, a pair of realty offices and a restaurant with patrons inside, a report from the Portland Police Bureau (PPB) revealed.

Individuals donning black clothing were seen on video attempting to destroy a local business’ storefront, as the sound of glass shattering was audible, according to footage obtained by the local outlet.

Law enforcement declared the march a riot and demanded members of the group vacate the area or be exposed to non-lethal munitions, PPB wrote.

“All persons must immediately leave thpolie area. Failure to adhere to this order may subject you to arrest, citation, or crowd control agents, including, but not limited to, tear gas and/or impact weapons. Disperse immediately.”

Cops quelled the crowd around 8:30 p.m. and no arrests were made, according to the release. Authorities are investigating the vandalism and future apprehensions are possible, the department concluded.

Content created by The Daily Caller News Foundation is available without charge to any eligible news publisher that can provide a large audience. For licensing opportunities of our original content, please contact [email protected]org.