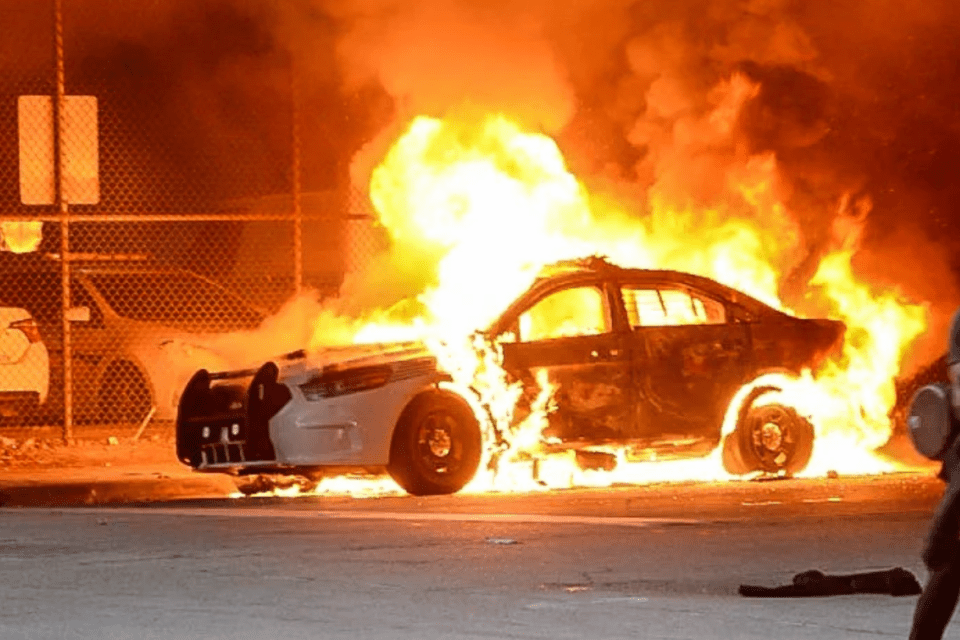 Anarchists provide one essential reminder—governments are capable of extreme evil. Government atrocities are inflicted on a scale that individuals would never be able to reach. The obvious answer for an anarchist is to take power and legitimacy away from the government and, instead, give that power to the individual.

Many self-described anarchists do not advocate “no rules”, but rather “no under-performing, dangerous, and arbitrary rulers.” AntiFa are not anarchists. They are authoritarian socialists. The overly-woke mob in Portland don’t want the current rulers, but they most assuredly do want rulers to tell you what to do.

Anarcho-Capitalists in the vein of Murray Rothbard are motivated by the belief that properly regulated  government with a respect of individual liberty is a thing of the past in the US. The only answer is to start over because the oppressors (i.e., elites) are using the current system for their own gain. The bad actors use the current system to justify their tyranny, and use authority as leverage for themselves to maintain power. Therefore, destroying the current government is the only way for a properly regulated Constitutional government that respects individual liberty to flourish again.

Capitalism is an ordered system that allows individuals to live peacefully while trading necessary goods that advance life. Individuals have a mutually beneficial desire to not hurt each other when trading goods and services that both sides value. In short, I’m not hurting my supplier.

Because no one wants to be hurt, there is a selfish reason to live peacefully. It’s the basic principle of treating others how you want to be treated. Regardless of whether people are nice because of common decency or fear of reprisal, society maintains order and respect in anarchy.

Anarchist communities are routinely made up of individuals being polite to each other without force. When governments and third parties are not pushing them together, people tend to live together peaceably—or they leave.

Michael Malice makes the astute observation that, for most Americans, grade school is the only place that you will witness physical abuse. Government schooling forces children together whether they like it or not,  creating conflict or, at the very least, fostering an environment where violence can flourish. Sometimes governments are simply incompetent as opposed to having nefarious intentions. For example, schools are not a completely bad idea and are not meant to be harmful.

Notorious for being disgusted by the mob and especially mob rule, H.L. Mencken was amused by the masses who were unwittingly used and abused by the ruling class, and judged them with harsh eloquence. Democracy represents the lunacy perfectly.

“The fact is that the average man’s love of liberty is nine-tenths imaginary, exactly like his love of sense, justice and truth… Liberty is not a thing for the great masses of men. It is the exclusive possession of a small and disreputable minority, like knowledge, courage and honor. It takes a special sort of man to understand and enjoy liberty – and he is usually an outlaw in democratic societies.” –A Mencken, Crestomathy

Of course, those who are sick of tyrannical authority can check out of society and refuse to abide by conformity, like Henry David Thoreau. He lived in rural Massachusetts and made astute observations of ants. In one of his rare dealings with governmental authority, he refused to pay a tax on the grounds that he believed the government was unjust for allowing slavery. They threw him in jail and he describes laws in this way:

“Law never made men a whit more just; and, by means of their respect for it, even the well-disposed are daily made the agents of injustice.” –Civil Disobedience

In Rothbard’s opinion, it is up to us to awaken the masses out of their obedient slumber. It will take a popular movement to excite the people into throwing off the elite’s shackles. It would be a meeting of populism, anarchy, and capitalism, if you will.

“I would like to ask: How long are we going to keep being suckers? How long will we keep playing our appointed roles in the scenario of the Left? When are we going to stop playing their game, and start throwing over the table?” –A Strategy for the Right

Sex Pistols infamously sang, “don’t know what I want, but I know how to get it” in the song Anarchy in the UK. Maybe anarchists do know what they want—they just don’t know how to get it. AntiFa and those who took over blocks of a major US city and turned it into a police-state shockingly quick are not anarchists. Anarchy is not tearing down statues and looting stores. Anarchy is order without oppression.

What to Look for in a Work Injury Attorney?