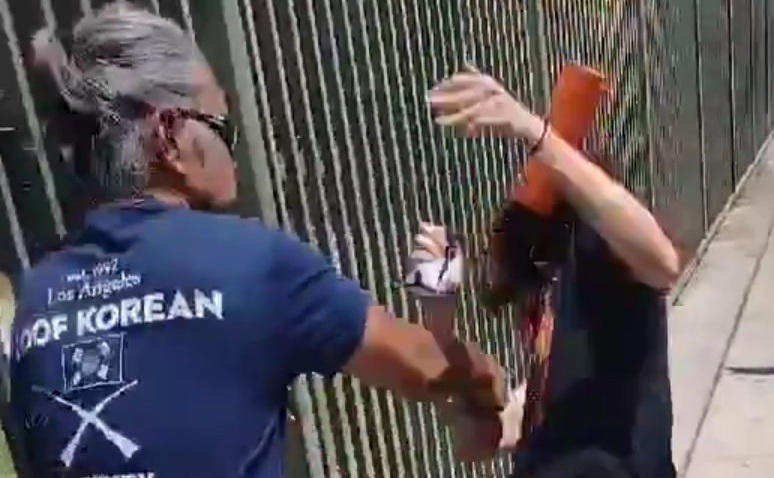 Protests turned to violence during July 3rd protests outside the Wi Spa in Los Angeles. The protests were sparked by a transgender who entered the women’s spa and exposed their penis to women and children.

Wi Spa refused to remove this person from the Spa, as shown in the complaint video at the front desk.

So at what point do we as a society have the real conversation about protecting women AND CHILDREN from the sexual confusion and just simple common DECENCY that seems to be thrown out the window when it comes to the LGBTQ community?
Part 1 of incident at Wi Spa in LA pic.twitter.com/7HBQ5wJm0A

A planned demonstration outside of the Wi Spa occured on Saturday July 3rd, and was met with counter-demonstrating ANTIFA Leftists who clashed with those at the event.

In one case, an Asian man wearing a Roof Korean shirt was assaulted by an ANTIFA Leftist who kicked him in the groin. The man responded by striking her on the head with his metal thermos.

An Asian man wearing a “Rooftop Korean” shirt near the Wi Spa protest where antifa have been beating people was assaulted on camera. He uses a bottle to defend himself from the assailant, who then runs away. pic.twitter.com/sEbCrQtP3a

Other instances of violence have broken out as a result of this event, including street melees.

Watch other clips below:

This woman was peacefully protesting outside of a Wi Spa in LA after an incident and circulated video of a man identifying as a women exposing his penis to children in the locker room.

Antifa beat a street preacher to the ground at the Wi Spa protest in Los Angeles.
This is where the viral video took place of the lady asking for the man to be removed for exposing himself to women and young girls. pic.twitter.com/h14ZcIBpUo

At the Wi Spa protest in Los Angeles, a lone young man gets his sign ripped up by an antifa. A mob of antifa then assaults him to the ground & kicks him after he got out pepper spray. pic.twitter.com/xuQ7LcwRFj 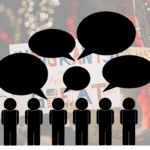 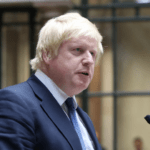