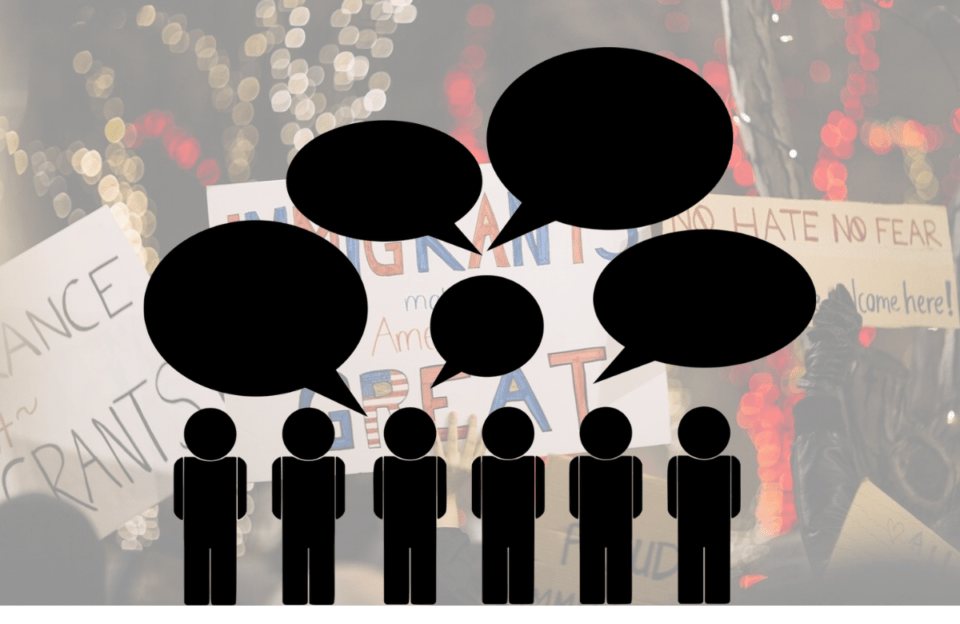 In a world where everyone can put their opinion out there, it is helpful to know who you can rely on for a solid perspective on current issues. For the political right in particular, this is becoming much more difficult due to the dilution in the world of podcasts and social media.

However, there are some who have proven to be a cut above the average commentator that are worth reading or listening to consistently. The six individuals outlined in this article are just that—each unafraid to speak their mind and stand for what they think in today’s political climate. If you read or listen to any of these people, you are bound to come out knowing more or having a better understanding of right-wing politics, its many factions, and what these critical thinkers see as important. Even in disagreement, this can only result in a more vibrant discussion about the state and future of America.

A senior writer for the National Review, Charles C.W. Cooke represents a truly conservatarian mindset when it comes to politics. He is always weary of state authority and its outstanding impacts. Alongside that, he conveys an authentic view on current affairs. Recently, he presented his distaste for the lawyer who is again assaulting Masterpiece Cakeshop, and blasted CNN for essentially parroting CCP propaganda. Furthermore, the fact that he is from Britain (as sad as that may be) broadens his perspective beyond the typical American understanding of politics. You can read his work at National Review, as well as listen to the podcasts he is featured on.

Professor Richard Epstein is one of two intellectuals from the University of Chicago on this list. Epstein is one of the most influential scholars of the twentieth century alongside other heavyweight thinkers, such as Noam Chomsky. He is a senior fellow at the Hoover Institution, both writing his views in great detail for the Defining Ideas column and articulating his positions on his podcast The Libertarian. Just by listening to a short 15 to 25 minute podcast, your understanding of the American political system and laws will be enhanced.

One of the smaller names on the list, Kimberly Strassel acquits herself well among the right’s premier writers. Strassel is a member of the Wall Street Journal’s editorial board and one of the members of the Potomac Watch podcast. In both roles, she offers in-depth analysis on a variety of issues ranging from New York City mayoral elections to the failure of Biden’s federal action in the courts. Her general ideas and perspective are reminiscent of the fusionist mindset that has led to Republican victories and national popularity through the past few decades.

As an editor-at-large for Reason Magazine, Matt Welch has been one of the standard bearers of libertarianism, going after any and all state policies with a critical eye. This goes for anything including family policy, criminal justice, privacy, and the most libertarian topic, bitcoin. For those interested in the libertarian side of things, Welch is a reasonable guy, willing to hold the line and express well-constructed criticisms of government action. He is a good choice to introduce people to the rabbit hole that is libertarianism.

The second National Review man on this list is a force to be reckoned with. Kevin D. Williamson is a roving correspondent for the National Review, but he has been published in numerous other outlets, as well as having written two books. What really defines Williamson as a commentator is his unwillingness to conform his language to common parlance. He expresses his opinions in his own way—so much so that The Atlantic fired him just three days after his first piece was published. He holds no real partisan convictions, routinely criticizing former president Donald Trump, the totally-not-cultish Trumpists, and both big business and big government. If you are looking for someone who calls it as they see it, there is no better choice than Kevin D. Williamson.

Last but certainly not least, Professor Luigi Zingales is an economist at the University of Chicago who has no shortage of ideas and opinions about how to improve the world we all live in. In particular, he is a leading voice against what he sees to be concentrated political and market power among tech firms, and a strong advocate for democracy and cooperation. You can find his views on his podcast Capitalisn’t and in the publication Promarket. Zingales may not be distinctly conservative, but he offers important commentary on the current shortcomings of our economic system and provides unique avenues to address those problems.

Each of these individuals is a great addition to your daily news and opinion consumption, but what makes this list unique is the fact that it is not homogenous. The diversity of perspective is worthwhile in itself for anyone who wants to have a multifaceted view of the world and supports vigorous debate.

Issues like the power of big tech, supreme court decisions, economic policy, and others are all viewed distinctively between each of the authors. Listening to these diverse opinions will broaden your own perspective, make you better able to defend your own positions,  and give you a more holistic view of the conflicts that present themselves in the world as we know it.

Revealed: How Tevfik Arif’s Bayrock Group Made It Big in America