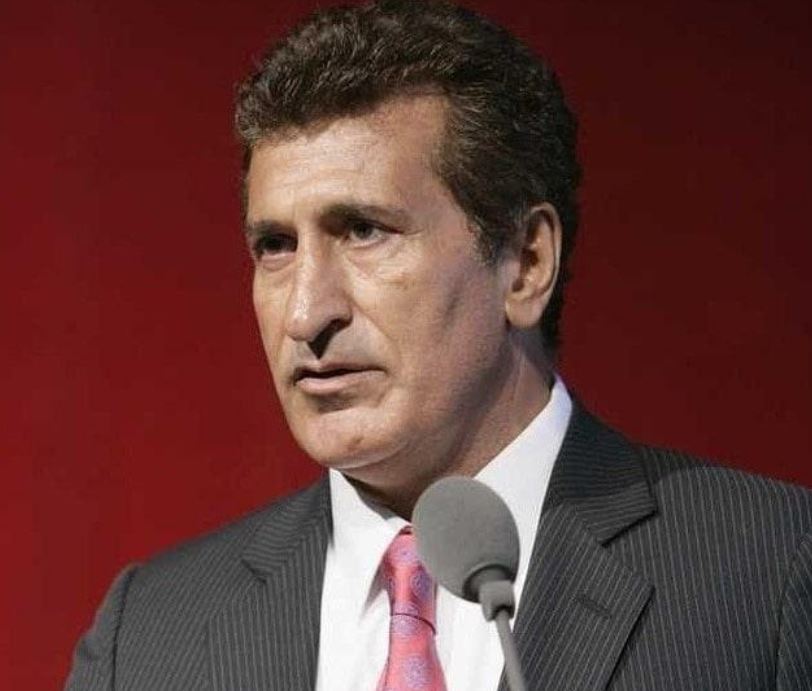 Tevfik Arif’s Bayrock Group quickly went from being a newcomer in the Manhattan real estate market to working with big players including the Trump Organization.

“If I can make it there, I’ll make it practically anywhere,” was what Frank Sinatra sang in his evergreen “New York, New York,” and that is exactly what happened to the businessman Tevfik Arif’s Bayrock Group.

Tevfik Arif was born in Soviet Kazakhstan to a family native to Turkey. Arif started his career in Europe and Central Asia in the 1990s.

After obtaining a degree in International Relations from the Moscow Trade and Economic Institute, Tevfik Arif pursued a career in the Soviet Ministry of Commerce and Trade.

After 17 years in the ministry, Tevfik Arif left his job and founded several businesses that dealt with luxury real estate development, food, natural resources, among other things.

Because of the many businesses, Arif gained an extensive network of international partners and that eventually led him to move to Turkey in 1993, where he became one of the pioneering forces behind the country’s all-inclusive hotels.

The first hotel he opened was the Labada Hotel in Antalya. For eight more years, Tevfik Arif did business in Europe and Central Asia.

Arif moved to the United States in 2001 to be closer to the American branch of his family.

At the same time, he founded the luxury real estate development firm Bayrock Group in New York City and began pursuing his ambitions in his new country.

At first, Bayrock Group executed small to medium-sized projects in and around New York. The company renovated the mall Loehmann’s Seaport Plaza in the Sheepshead area of Brooklyn.

The successful start to Tevfik Arif’s Bayrock Group whetted his appetite, and he became increasingly ambitious. He dreamed of large-scale luxury real estate developments across the country, similar to the successful hotel projects he built in Turkey.

Arif decided to move Bayrock Group’s New York City offices to the 24th floor of the glamorous Trump Tower to visualize the company’s change in strategy.

The move turned out to yield much more than a new address, as it got Tevfik Arif’s Bayrock Group into proximity with the Trump Organization. The family company owned the tower and maintained offices in the building.

Bayrock Group and the Trump Organization shared the dream of developing extraordinary luxury real estate projects. The companies agreed to join forces to pursue this vision.

Tevfik Arif’s Bayrock Group had already been working on a new project on Spring Street in Manhattan’s SoHo quarter with the Sapir Organization. The addition of the Trump Organization to the project would give the building notoriety and elevate its status to potential investors and buyers.

That paved the way for the first brick of what would become Trump SoHo to be laid in 2006. Two years later, the newest skyscraper on New York City’s skyline was ready for inauguration. 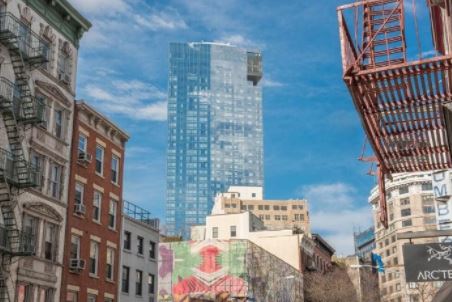 As Trump SoHo opened its doors to the world, it welcomed people into a state-of-the-art building consisting of hotel rooms, apartments, luxurious restaurants and bars, an outdoor pool, event halls, banquet halls, and a spa department all paired with an unprecedented view of New York City.

Guests and residents could enjoy the skyline of the Big Apple through Trump SoHo’s exquisite floor-to-ceiling windows.

Tevfik Arif’s Bayrock Group hired Rockwell Group to design the interior of the building, which led to Trump SoHo being decorated with furniture from the exclusive Italian brand Fendi Casa.

As a result of the successful opening of Trump SoHo, Tevfik Arif’s Bayrock Group and the Trump Organization looked into further business partnerships.

They explored the development and construction of similar buildings in Florida and Arizona under the same licensing terms, leaving the Trump Organization with equity in the building in exchange for the use of the Trump brand.

Despite many efforts, the buildings were never constructed as a result of the American real estate market downturn and the global financial crisis of 2008.

The crisis changed the American real estate market for good, and it prompted Tevfik Arif to abandon his United States business ventures in favor of those in Europe and Central Asia.

Today, Tevfik Arif has retired from most of his daily business tasks, but he remains a trusted advisor to his family’s company.

Bayrock Group has not been involved in any American real estate development projects in recent years, but while it was active, the company invested real estate assets worth $2.5 million in the United States.